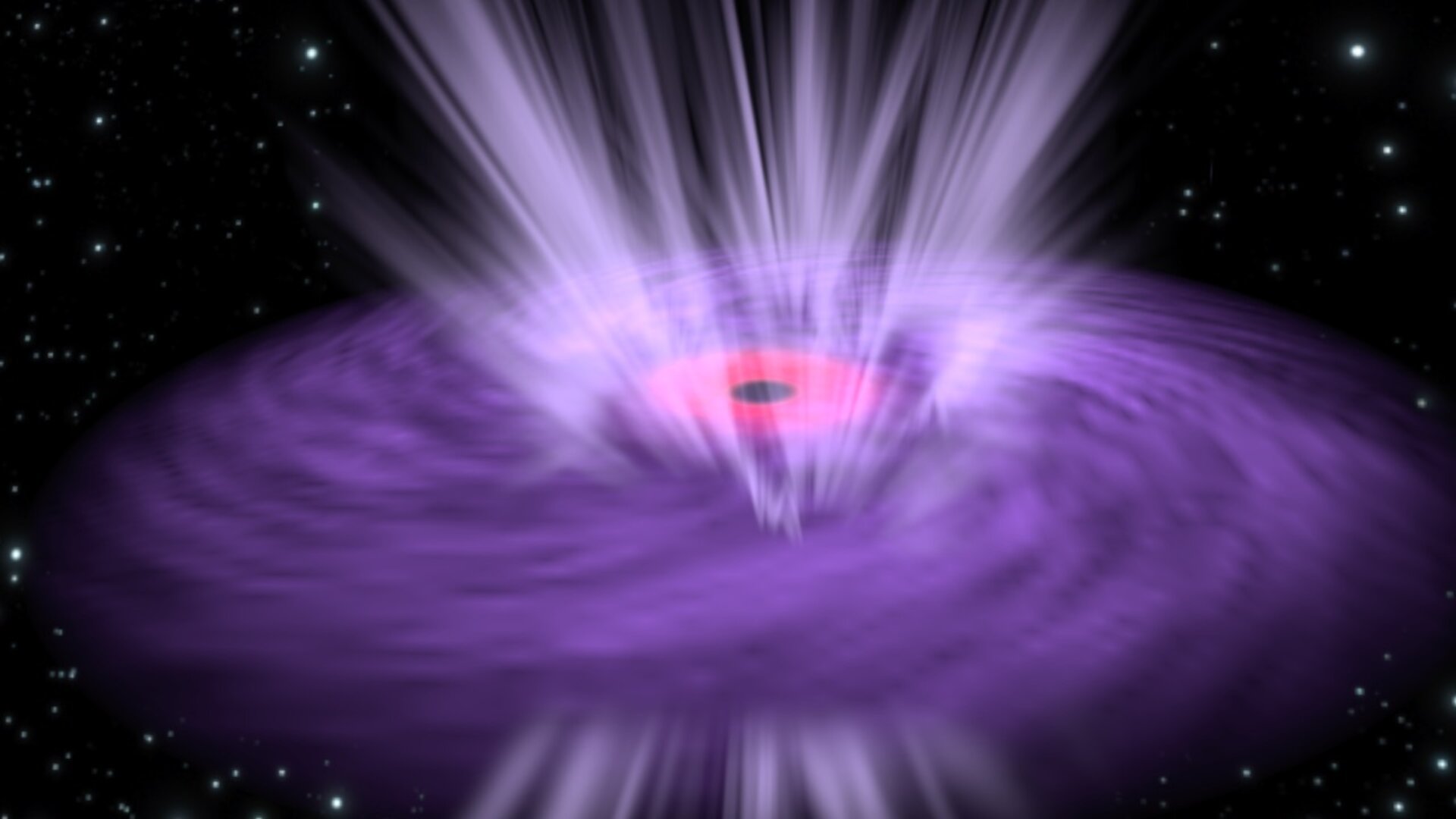 ESA and NASA space telescopes have made the most detailed observation of an ultra-fast wind flowing from the vicinity of a black hole at nearly a quarter of the speed of light.

Outflowing gas is a common feature of the supermassive black holes that reside in the centre of large galaxies. Millions to billions of times more massive than the Sun, these black holes feed off the surrounding gas that swirls around them. Space telescopes see this as bright emissions, including X-rays, from the innermost part of the disc around the black hole.

Occasionally, the black holes eat too much and burp out an ultra-fast wind. These winds are an important characteristic to study because they could have a strong influence on regulating the growth of the host galaxy by clearing the surrounding gas away and therefore suppressing the birth of stars.

Using ESA’s XMM-Newton and NASA’s NuStar telescopes, scientists have now made the most detailed observation yet of such an outflow, coming from an active galaxy identified as IRAS 13224–3809. The winds recorded from the black hole reach 71 000 km/s – 0.24 times the speed of light – putting it in the top 5% of fastest known black hole winds.

XMM-Newton focused on the black hole for 17 days straight, revealing the extremely variable nature of the winds.

“We often only have one observation of a particular object, then several months or even years later we observe it again and see if there’s been a change,” says Michael Parker of the Institute of Astronomy at Cambridge, UK, lead author of the paper published in Nature this week that describes the new result.

“Thanks to this long observation campaign, we observed changes in the winds on a timescale of less than an hour for the first time.”

The changes were seen in the increasing temperature of the winds, a signature of their response to greater X-ray emission from the disc right next to the black hole.

Furthermore, the observations also revealed changes to the chemical fingerprints of the outflowing gas: as the X-ray emission increased, it stripped electrons in the wind from their atoms, erasing the wind signatures seen in the data.

“The chemical fingerprints of the wind changed with the strength of the X-rays in less than an hour, hundreds of times faster than ever seen before,” says co-author Andrew Fabian, also from the Institute of Astronomy and principal investigator of the project.

“It allows us to link the X-ray emission arising from the infalling material into the black hole, to the variability of the outflowing wind farther away.”

“Finding such variability, and finding evidence for this link, is a key step in understanding how black hole winds are launched and accelerated, which in turn is an essential part of understanding their ability to moderate star formation in the host galaxy,” adds Norbert Schartel, ESA’s XMM-Newton project scientist.

“The response of relativistic outflowing gas to the inner accretion disk of a black hole,” by M. Parker et al. is published in Nature.