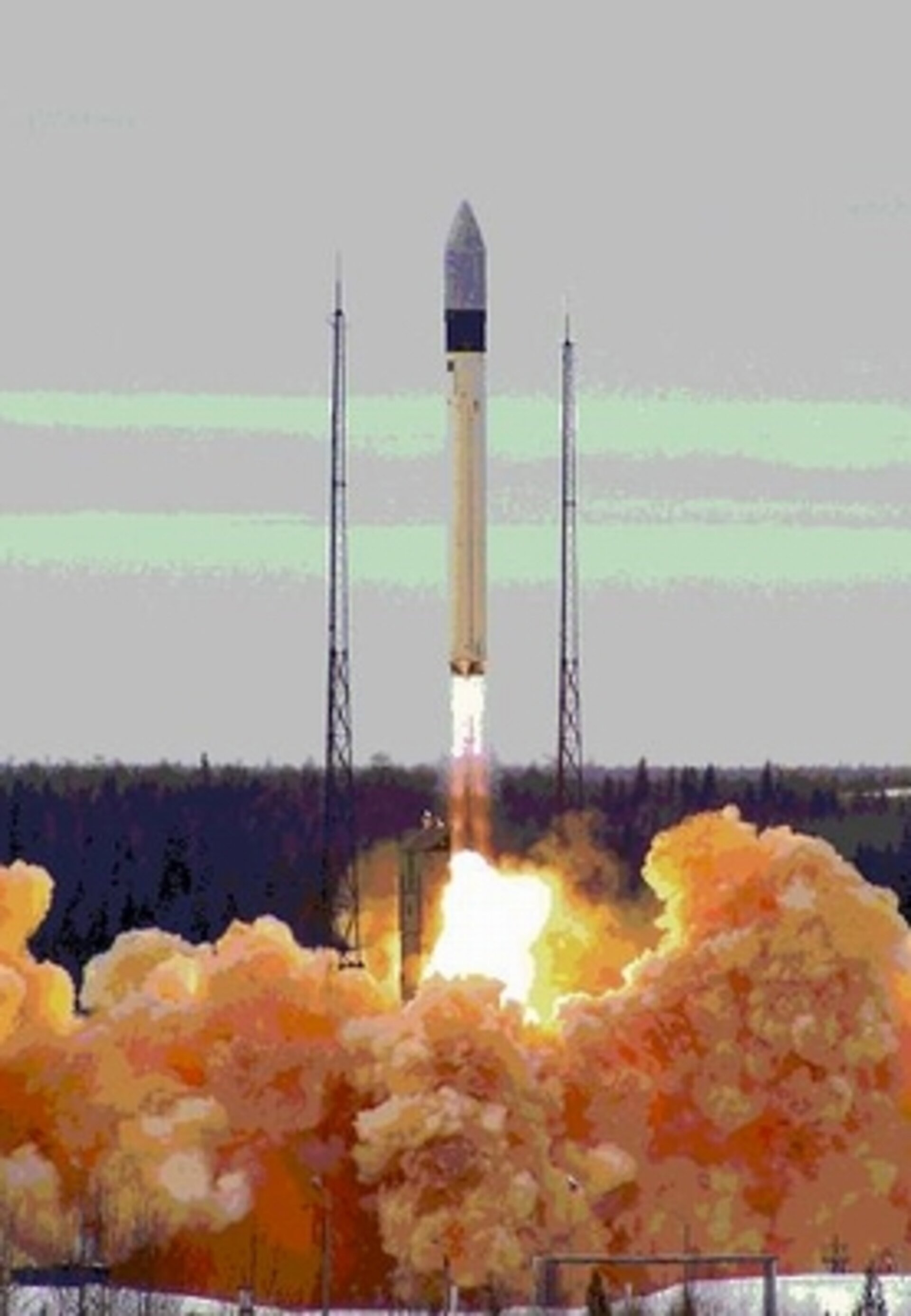 Rockot is a three-stage liquid propellant launcher with a re-ignitable upper stage called Breeze. The launcher comprises a booster unit containing the first and second stages, and an upper composite unit consisting of the interstage, the Breeze upper stage, the payload adapter, the payload and the fairing. The booster unit is an adaptation of the highly reliable SS-19 ICBM missile, tested in flight over 150 times. All the stages use dinitrogen totroxide and unsymetrical dimethyl hydrazine as propellant.

Rockot, which can inject a 1900 kg payload into a 200 km altitude orbit, is operated by Eurockot, a German-Russian partnership in which Astrium/EADS participates for 51% and Khrunichev for 49%. Astrium/EADS has provided substantial funding to reconstruct the existing Cosmos-3M launch facility to adapt it for Rockot and to refurbish the clean rooms.

An interesting fact is that the booster unit is delivered to the launch pad, together with the processed nose section and an adapter, and assembled in a vertical position such as that proposed for future launches of Soyuz from Europe’s Spaceport. All other Russian launchers are assembled in a horizontal position at the technical facilities of the cosmodrome and then taken to the launch pad where they are installed vertically.

There are plans to launch Rockot from a silo installation in Baikonur as this offers an advantage for telecommunications satellites oriented to low orbits with an inclination of around 50 degrees. However, launch from a silo subjects a satellite to high acoustic stresses that modern western satellites are not designed to withstand. To overcome this difficulty, Khrunichev is planning to install a water barrage system in the silo to reduce acoustic stress to below 142 dB.

Eurockot has contracts to launch Cryosat, Kompsat 2 and GOCE satellites.