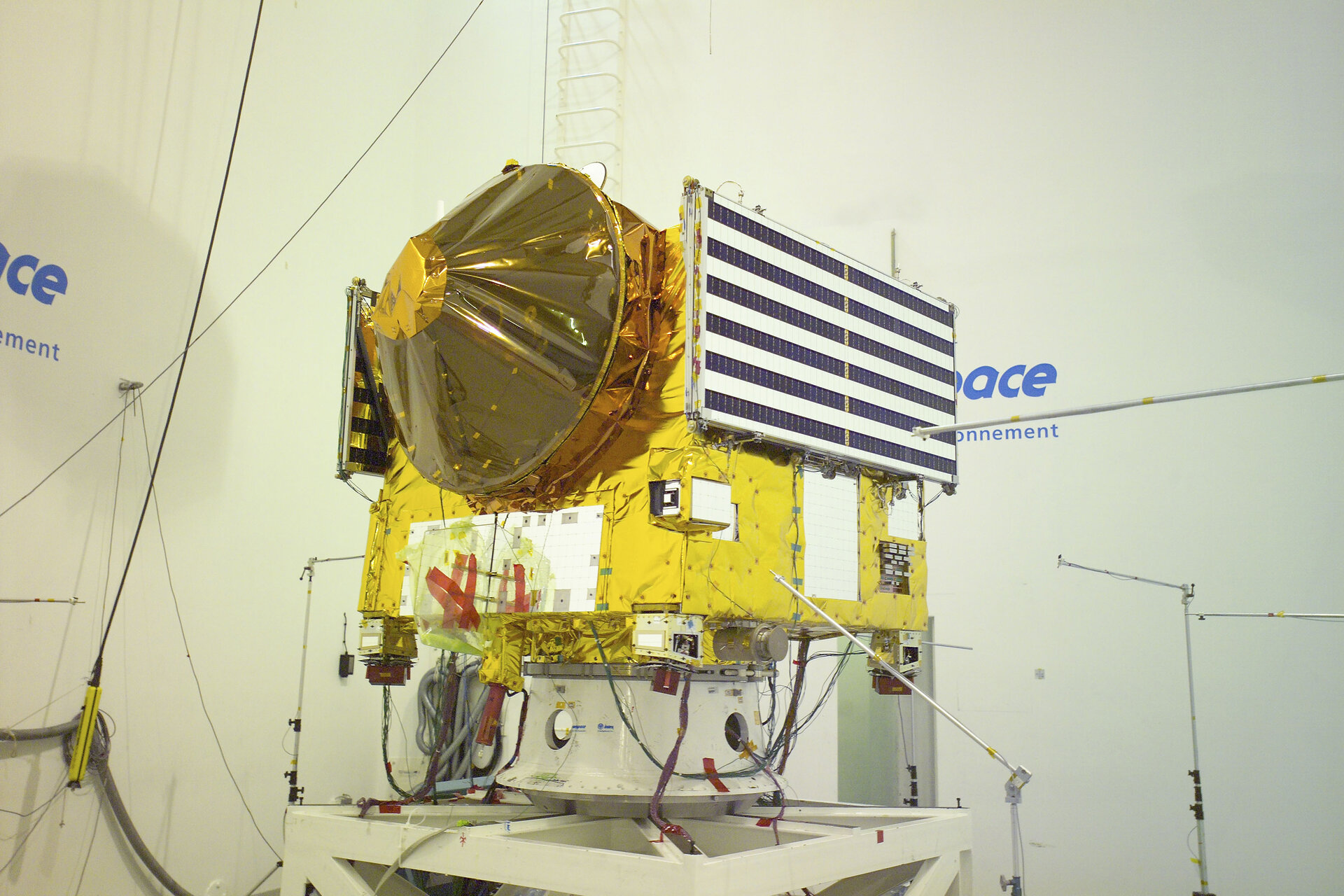 ESA’s Venus Express spacecraft has just completed its last phase of testing in Europe and is ready to be shipped to its launch site at the Baikonur Cosmodrome in Kazakhstan.

One and a half years after its sister spacecraft Mars Express arrived at Mars, Europe’s newest planetary probe is ready to depart on the first leg of its journey to Earth’s own sister planet, the mysterious Venus.

Venus Express was proposed in 2001, as a mission concept to take as much as possible of the Mars Express design and use it for another planetary mission.

The mission to Venus was officially approved in 2002 by ESA’s Science Programme Committee, and the industrial contract to build the spacecraft was awarded in October 2002 to EADS Astrium, leading a team of 25 subcontractors from 14 European countries.

The spacecraft is currently at the Astrium-owned Intespace facility in Toulouse, France where it has been undergoing testing since October 2004.

“The spacecraft really deserves its name, as never before has an ESA scientific mission been developed that rapidly!” said Don McCoy, ESA Project Manager for Venus Express. The mission has in fact taken only four years from concept to launch.

Work on Venus Express began in earnest eight months before Mars Express was launched. This meant that continuity was maintained in the programmes and the industrial consortium was kept almost unchanged. Thirty-four months later, the spacecraft has passed its Flight Acceptance Review, and is ready for shipping.

“We are legitimately proud of this achievement which was possible through a co-operation with ESA, industry and the scientific community,” said Don McCoy.

Built by Alenia Spazio of Turin, Italy, the spacecraft was brought to Toulouse with its seven scientific instruments, mainly inherited from the Mars Express and Rosetta missions, already integrated. These instruments will provide new clues on the planet’s peculiar features, that still remain unexplained even though more than 20 Russian and US probes have visited Venus since 1964.

The mission will provide the most comprehensive study ever of the Venusian atmosphere. It will dig into mysteries such as the unexplained fast atmospheric rotation in four days around the planet and the polar vortices.

It will study the global thermal balance and the role of the strongest ‘greenhouse effect’ found in the Solar System, as well as the structure and dynamics of the clouds and the mysterious ultraviolet markings detected above the cloud cover.

In Toulouse, the spacecraft underwent two rounds of system-level testing and subsystem checks before and after environmental testing. The latter included vibration and acoustic testing, necessary to verify that it would survive launch.

The spacecraft closely resembles Mars Express, but has been redesigned with several major modifications to allow it to face a very different environment around Venus. Venus Express has improved thermal control systems, to sustain a spacecraft heating that at Venus is four time greater than at Mars.

As the spacecraft will be much closer to the Sun than Mars Express, and therefore there is higher availability of solar radiation to power the spacecraft, the solar arrays have been redesigned to be smaller than those of Mars Express. Also, their new gallium-arsenide based technology is more tolerant to high temperatures.

Differently from Mars Express, instead of one high-gain antenna, Venus Express has two - pointed in opposite directions. In fact, as seen from Venus, Earth is an outer planet and it can be in any direction relative to the Sun. Two antennas will allow the spacecraft to communicate with Earth in any configuration, always having the side hosting delicate instruments away from the Sun.

Now Venus Express is in its container, which will be closed this week and moved by truck to Toulouse-Blagnac airport for its trip to Baikonur. Venus Express will fly via Moscow on board an Antonov 124 commercial cargo plane, arriving at its launch site on Sunday 7 August.