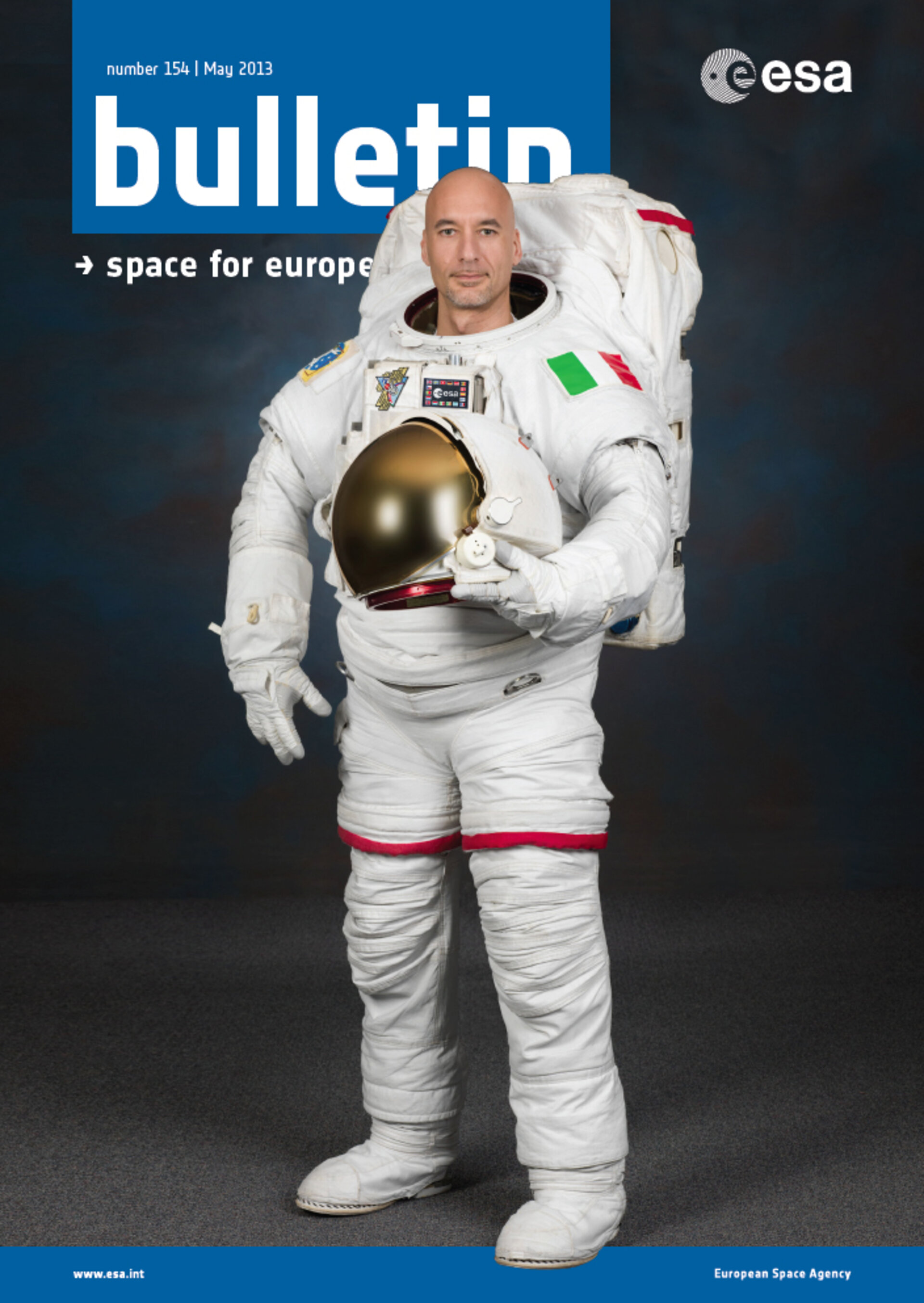 ESA astronaut Luca Parmitano, wearing the full spacesuit he will use for working outside the International Space Station during three planned spacewalks. His half-year Volare space mission begins this month. Read online

This June we celebrate three anniversaries: on 16 June 1963, Valentina Tereshkova became the first woman to fly in space. Twenty years after Tereshkova, almost to the day, on 18 June 1983, Sally Ride became the third (and first US) woman in space. In 'The Flight of the Seagull', we see how Tereshkova and Ride made it possible for millions of young women around the world to dream of space, to succeed in science and engineering careers, and eventually for some, to make their own space history.

The third celebration is for 'Mars Express'. The first European mission to another planet, Mars Express was launched on 2 June 2003. Ten years after launch, it is still operating, making ESA a key player in Mars exploration and, excitingly, demonstrating that Mars once had an environment that may have been favourable to life. Today, Mars Express is paving the way for new missions and providing for all European partners the experience to plan the next steps of Mars exploration.

In 'Sky Walker', we read about how Luca Parmitano's passion for flying and fascination with science fiction, in particular Star Wars, that have led to him living his dream of being an astronaut. On his mission, called Volare (meaning ‘to fly’ in Italian), he will not only be the first of his astronaut group to fly in space, but he will also become the first Italian spacewalker.

Close to half a century ago, the picturesque village of Redu in the Belgian province of Luxembourg first came to the attention of Europe’s then fledgling space community. It was planned to locate a European satellite tracking station a mere stone’s throw from the village church and main square. This would bring the tranquil Ardennes countryside to the forefront of the conquest of space, and put it 'At the Heart of Europe's Space Missions'.

Space and the environment have long been intertwined. Early images of Earth seen from space helped to inspire the green movement, starting from the very first Earth Day in 1970. Since then, satellite-based monitoring has become an indispensable element of sustainable development and environmental protection. But reaching for the stars can also leave footprints on the ground.