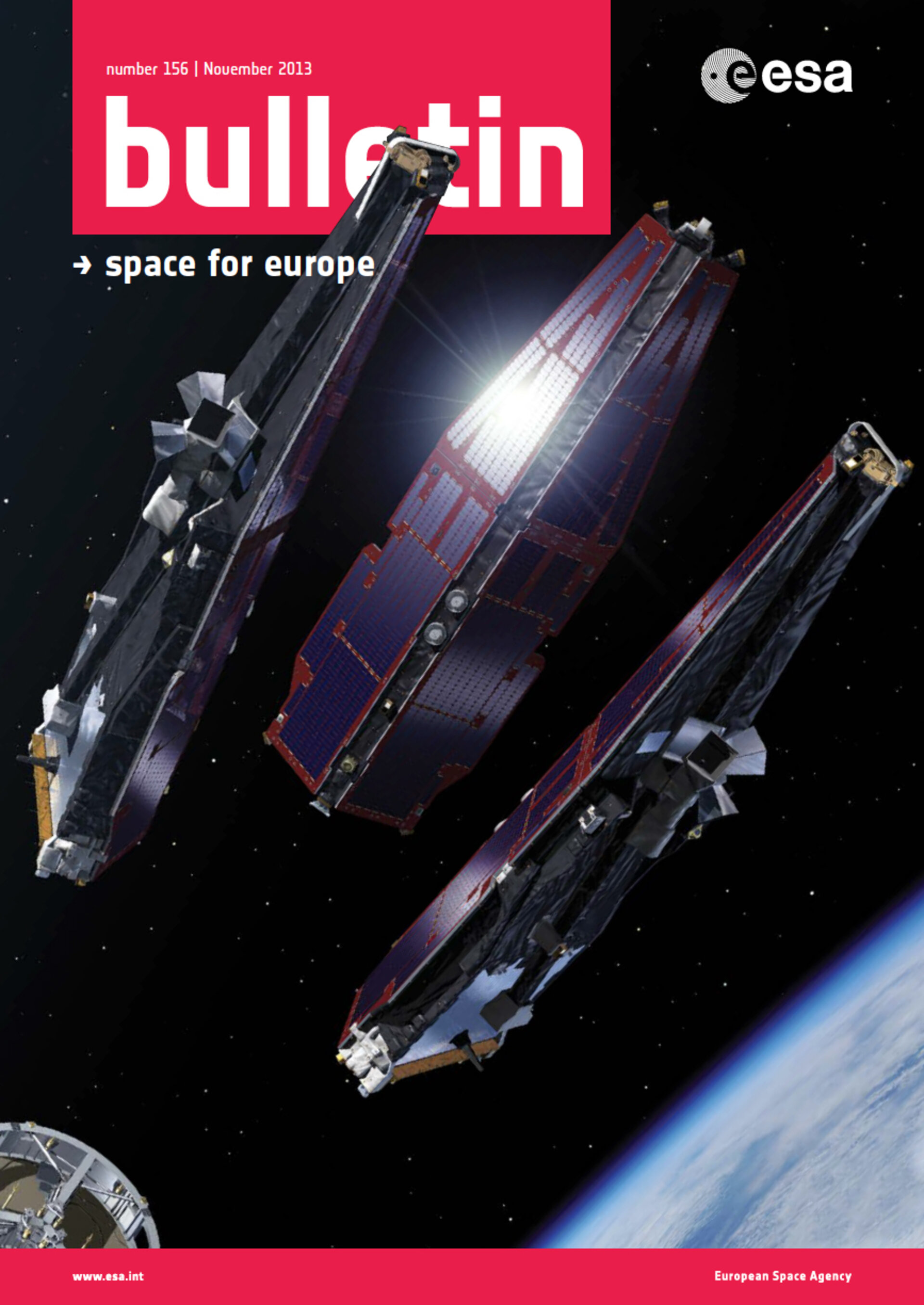 ESA’s three-satellite Swarm constellation, seen here on the cover, was launched on 22 November. Swarm will monitor Earth’s magnetic field, from the depth of our planet’s core to the heights of its upper atmosphere, giving us unprecedented insights into the complex workings of this shield that protects our biosphere from charged particles and cosmic radiation. Read online

In this issue, we celebrate Europe’s entry into human spaceflight activities 30 years ago this November, and talk to ESA's first astronaut Ulf Merbold about his experiences on Spacelab-1. But in 'The First: Spacelab and Ulf Merbold', we discover these activities have a much longer history, and are deeply tied into international cooperation.

The legacy of Spacelab lives on today in another symbol of international cooperation: the International Space Station. This year also marks 'Fifteen Years in Orbit' for the Space Station. On 20 November 1998, a Russian Proton rocket lifted off from the Baikonur Cosmodrome in Kazakhstan carrying the Zarya module, the Station’s first component. Not only that, but there was another major space milestone on 2 November, as the Station clocked 13 years of a continuous human presence in space.

ESA’s comet-chasing spacecraft Rosetta is about to be roused from hibernation as it closes in on its destination after cruising in deep space for the last decade. On the eve of this critical moment, 'Waking Rosetta' looks at what will happen next year in one of ESA’s most ambitious missions, as it nears Comet 67P/Churyumov–Gerasimenko millions of kilometres from Earth.

Galileo is Europe’s independent satellite navigation system, but 'Galileo's Earth' shows us that the satellites in space are only the tip of the Galileo iceberg. This is the story of a far-flung ground segment, unique in its complexity and scope, that has taken shape all over the planet.

Finally, you might have heard of 'bedrest' studies for space research. Thought they sounded like an easy life? Think again. We learn that 'The Making of a Pillownaut' is not as glamorous as it sounds, and the volunteers who take part in these studies have to undergo some undignified procedures. But they can be sure in the knowledge that they are helping humankind’s scientific endeavour. Many pillownauts feel they are doing their part for human exploration of the Solar System and indeed, results from bedrest studies are not only helping astronauts, but also people on Earth.