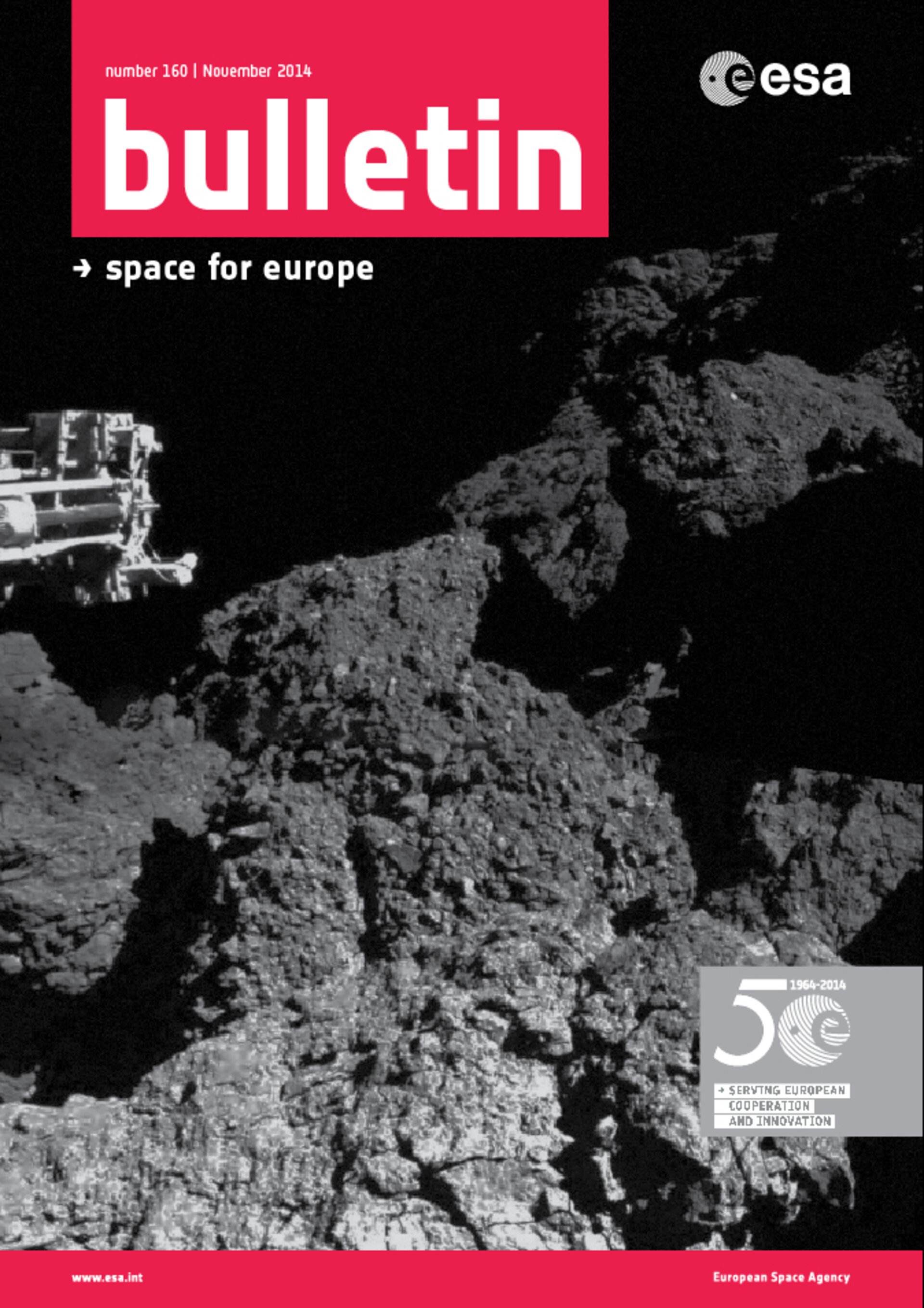 In this issue of the ESA Bulletin, there's a reminder of some of the amazing images from ESA's Rosetta mission, as we follow it from arrival at Comet 67P/Churyumov-Gerasimenko in August to the landing of Philae last month.  Read more

As a new and crucial chapter is being written in the extraordinary Ariane saga, the space community is celebrating the 35th anniversary of the first Ariane flight, on 24 December 1979.

Thirty-five Years of Ariane looks at the origins of the launcher that made the ambition of European access to space a reality.

The Science of Gravity investigates why we do research on parabolic flights and introduces the A300's successor, the Airbus A310 ‘Zero-G’, which is already being prepared for flights in 2015.

Space for Health: A portable device for monitoring the body’s vital signs is offering a lifeline to medical workers in the remotest areas on Earth – and it was developed with the support of ESA's Integrated Applications Promotion programme. At the leading edge of medical monitoring technology, this is a shining example of how space can be utilised to enable value-added services.

Even before the success of Rosetta, another European probe had captured the world's imagination ten years earlier when it touched down on a different distant world. Huygens landed on a moon of Saturn – still the farthest landing of any man-made object. In A Date to Remember, we give a quick nod on the occasion of the 10th anniversary of the Huygens landing in January.