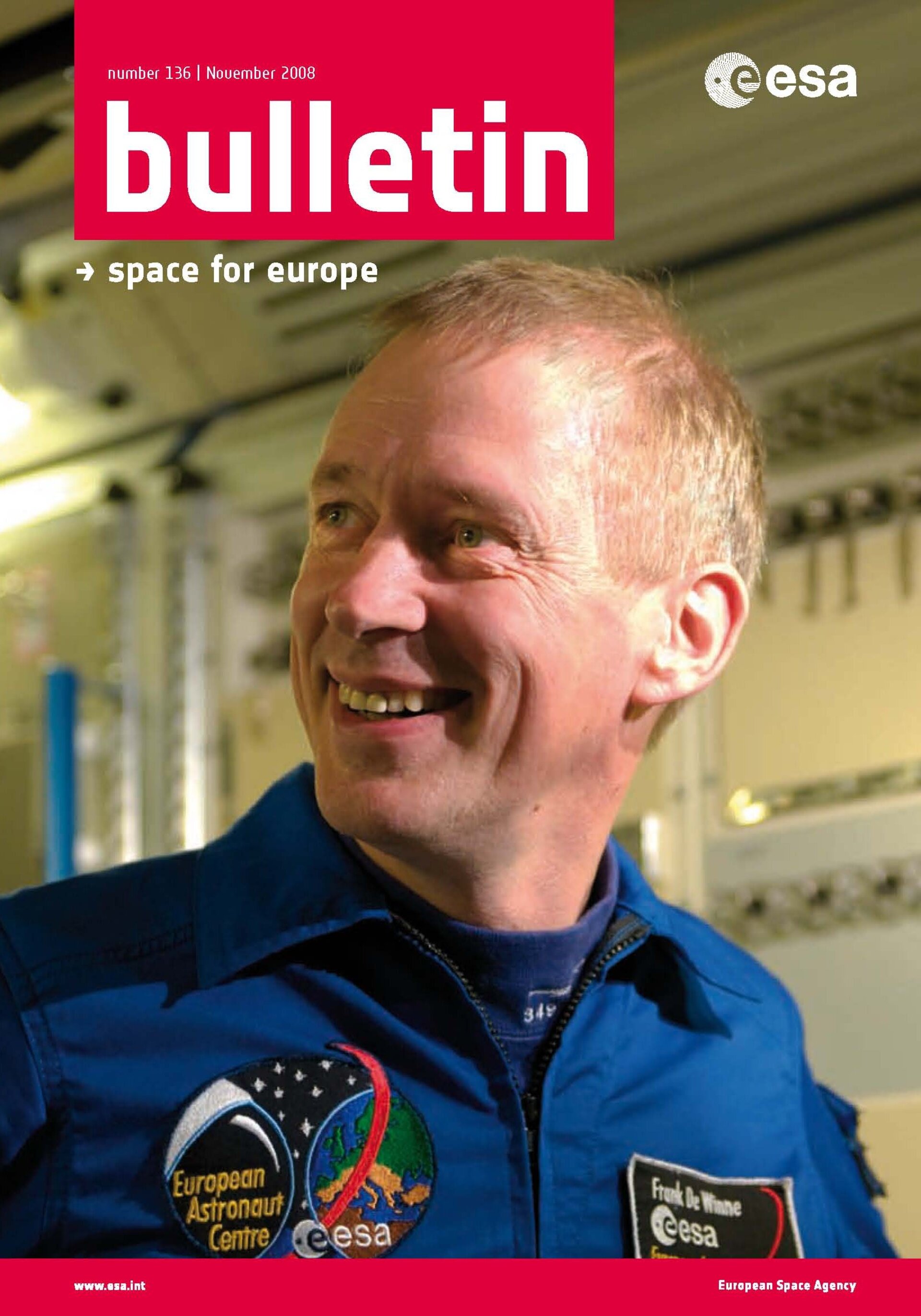 The November 2008 issue of the Bulletin, ESA’s flagship magazine, features ESA astronaut Frank De Winne on the cover. De Winne is the next European astronaut to fly to the International Space Station for a six-month mission in May 2009.
Read online

This issue also sports a fresh ‘new look’, taking into account the results of various studies and reader surveys carried out last year, and retuned to appeal not only to informed readers with an interest in space, but also to a wider public audience.

The content retains the same, high-quality in-depth articles explaining the achievements and discoveries, but now also focuses on the human aspects of space, the ‘behind-the-scenes’ personalities and the benefits to European citizens, and looks ahead to future challenges for Europe in spaceflight and exploration.

In this issue, we look at the amazing mission of Ulysses and report on two recent major European successes in manned spaceflight, the installation of Columbus on the ISS and the flight of ATV Jules Verne. We have an update on the GlobCover project that has produced a unique depiction of the face of our planet, with many uses including studying ecosystems and modelling climate change impacts. We pay tribute to Jan Stiernstedt, the Swedish champion for space who sadly passed away this year.

THE EPIC VOYAGE OF ULYSSES
Richard Marsden and Nigel Angold