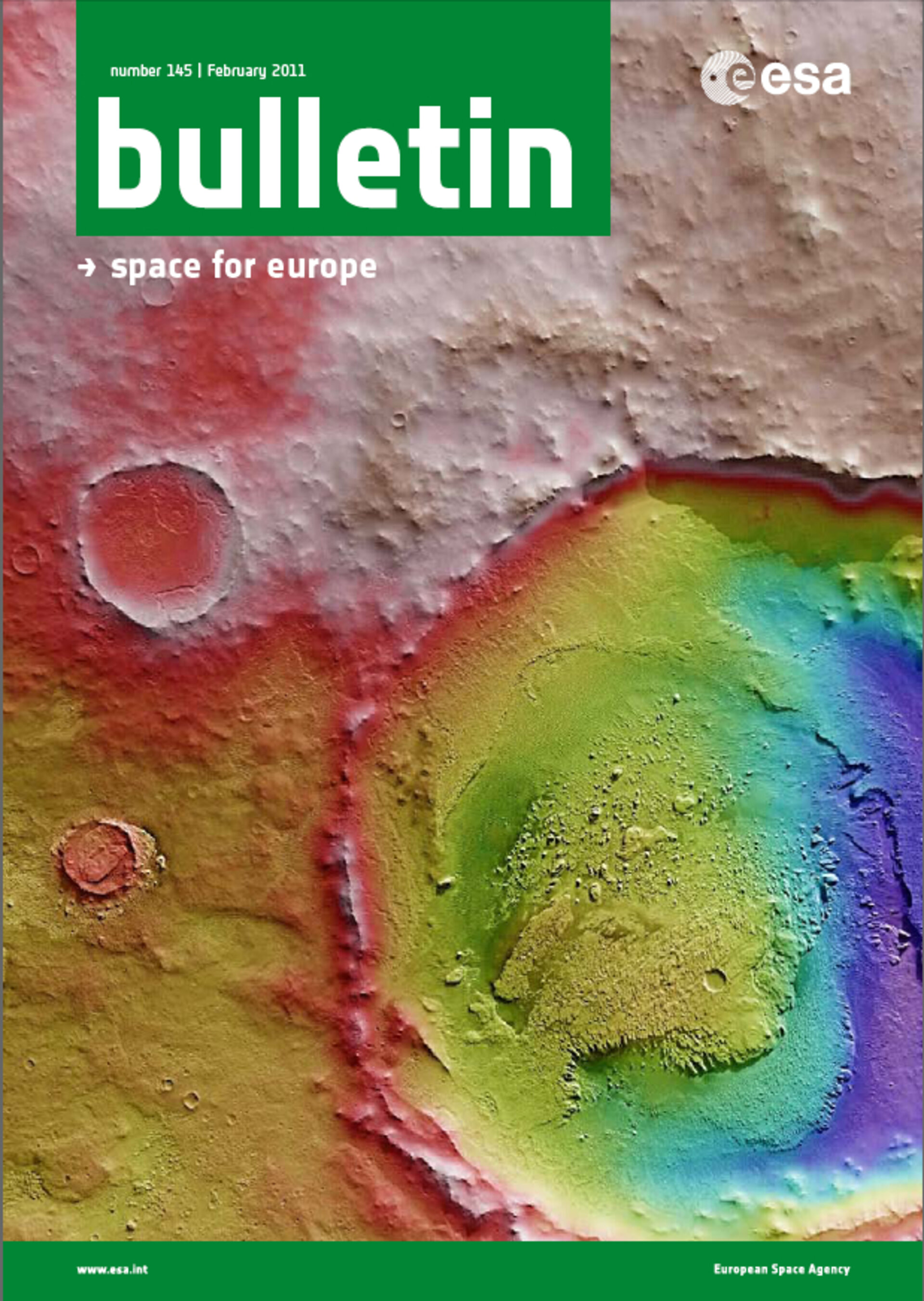 In this issue of ESA's flagship magazine, we feature the latest 'flagship' of ESA's space fleet, ATV Johannes Kepler. Read the Bulletin and other publications online, with our visualiser tool.
Read online

In Setting sail for the ISS, we take a look at the development and preparations for ESA’s second Automated Transfer Vehicle, ATV Johannes Kepler. This European unmanned supply spacecraft was launched this month and successfully docked with the International Space Station to deliver critical supplies and a reboost for the ISS during its four-month mission.

February 2011 also marks the tenth anniversary of the start of the science phase of the four ESA Cluster satellites, in one of the most successful scientific missions ever launched. The Legendary Cluster Quartet reviews the history and some of the highlights of the mission.

This year, on 12 April, the world will celebrate another anniversary – the flight of the first human into space 50 years ago. Yuri Gagarin's name lives on in history, but what exactly did this achievement mean to mankind? In "I see Earth! It is so beautiful!", European astronauts and space pioneers pay tribute to the young Russian cosmonaut who, almost overnight, became a hero and inspiration for millions of people around the world.

In this issue, we present SpaceWire, the result of an extremely successful collaboration between ESA, academia and space industry. SpaceWire is a standard for high-speed links and networks used on spacecraft, which has gained such a wide acceptance because it solved an apparently simple yet very significant problem. It replaced the collection of different data interfaces with a standard and worked well enough to meet the requirements of many types of space mission.

Next an update on the Vega and Soyuz launchers and latest results from ESA's Planck mission, the first issue of 2011 is rounded off with 2010: A Space Odyssey Continues, looking back at some of the most impressive images returned from space over the last year.