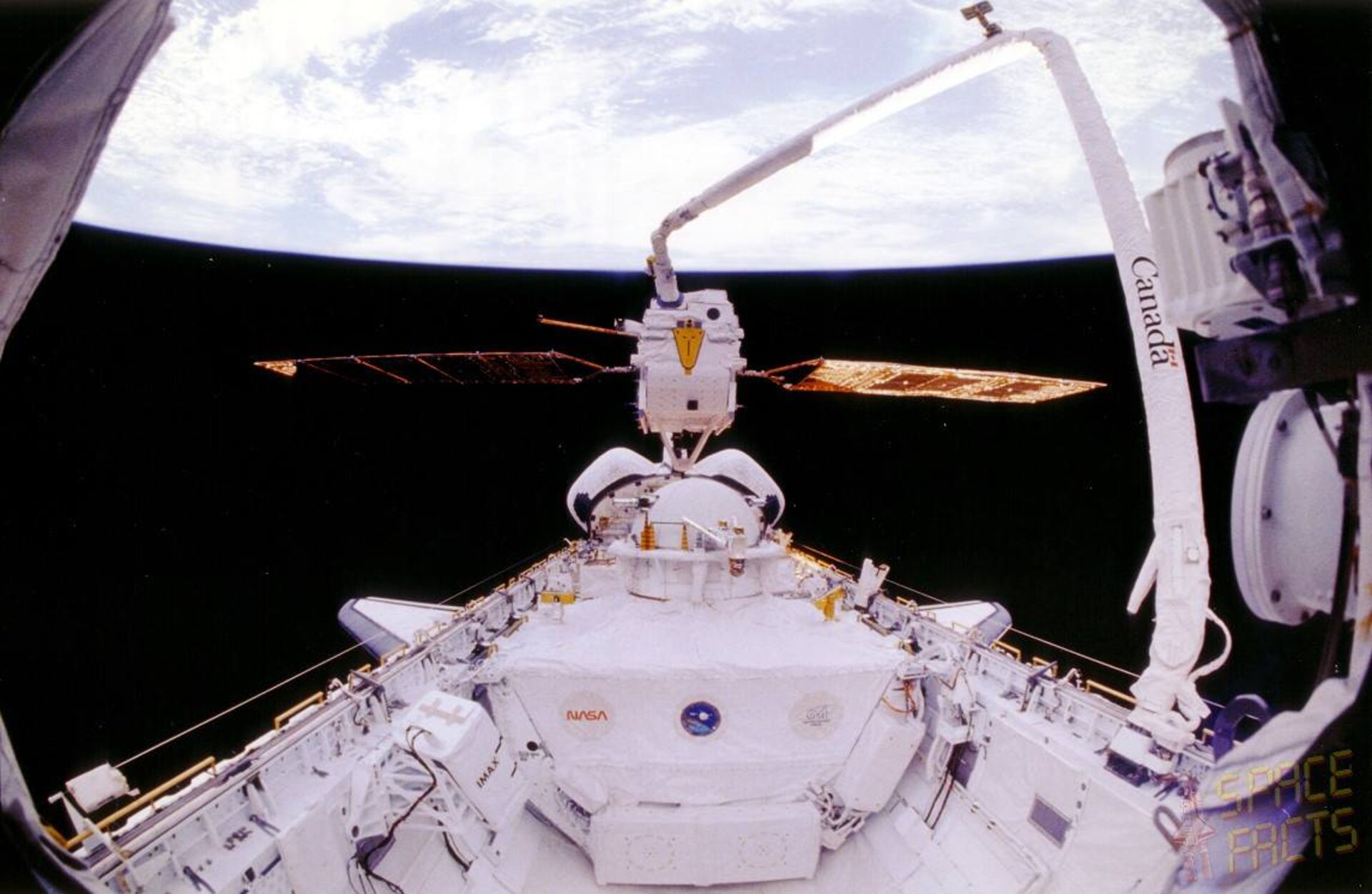 In 1992, Paolo Ferri was a 32-year-old operations engineer working on the 4491-kg European Retrievable Carrier (Eureca), Europe’s first reusable satellite. The craft carried 71 microgravity experiments, and had been launched in July that year on board the US Space Shuttle Atlantis (STS-46). Eureca would conduct its mission in orbit at about 500 km for a year, and be retrieved by Space Shuttle Endeavour (STS-57) in July 1993. “That was a great mission and an adventure,” recalls Ferri, who today is the Head of Mission Operations at ESOC and, as such, is the most senior ‘mission controller’ in the Agency.

Ferri, from Italy, studied theoretical physics at the University of Pavia in the Lombardy region and came to Darmstadt in 1984. At first, he worked as a scientist on the Exosat team – ESA’s first astronomy satellite, and first with an on-board computer – and later applied for a permanent position at ESOC. He explains: “When I first began working in ESOC, I immediately got the ‘missions operations bug’. That was what I wanted to do.”

In the early 1990s, Ferri was often in Houston for Eureca-related meetings. “At the time, satellites were not as reliable as they are today. Without our constant assistance and care, the probe would not have survived eleven months in orbit,” he says. Hardware malfunctions caused huge problems for ESA engineers.

Today’s materials are more robust and construction is far more advanced. Satellites have a lifespan of ten, 15 years or longer.

“But at the time, half of the systems on Eureca had broken down in just a year.” And work in the control centre has changed also. Today’s software is far better; high-tech computers and automation processes are in place. Twenty years ago, the satellite had to be monitored constantly. Two controllers monitored Eureca 24 hours per day, seven days per week during the mission, compared to today when one engineer can monitor four to six spacecraft per day. 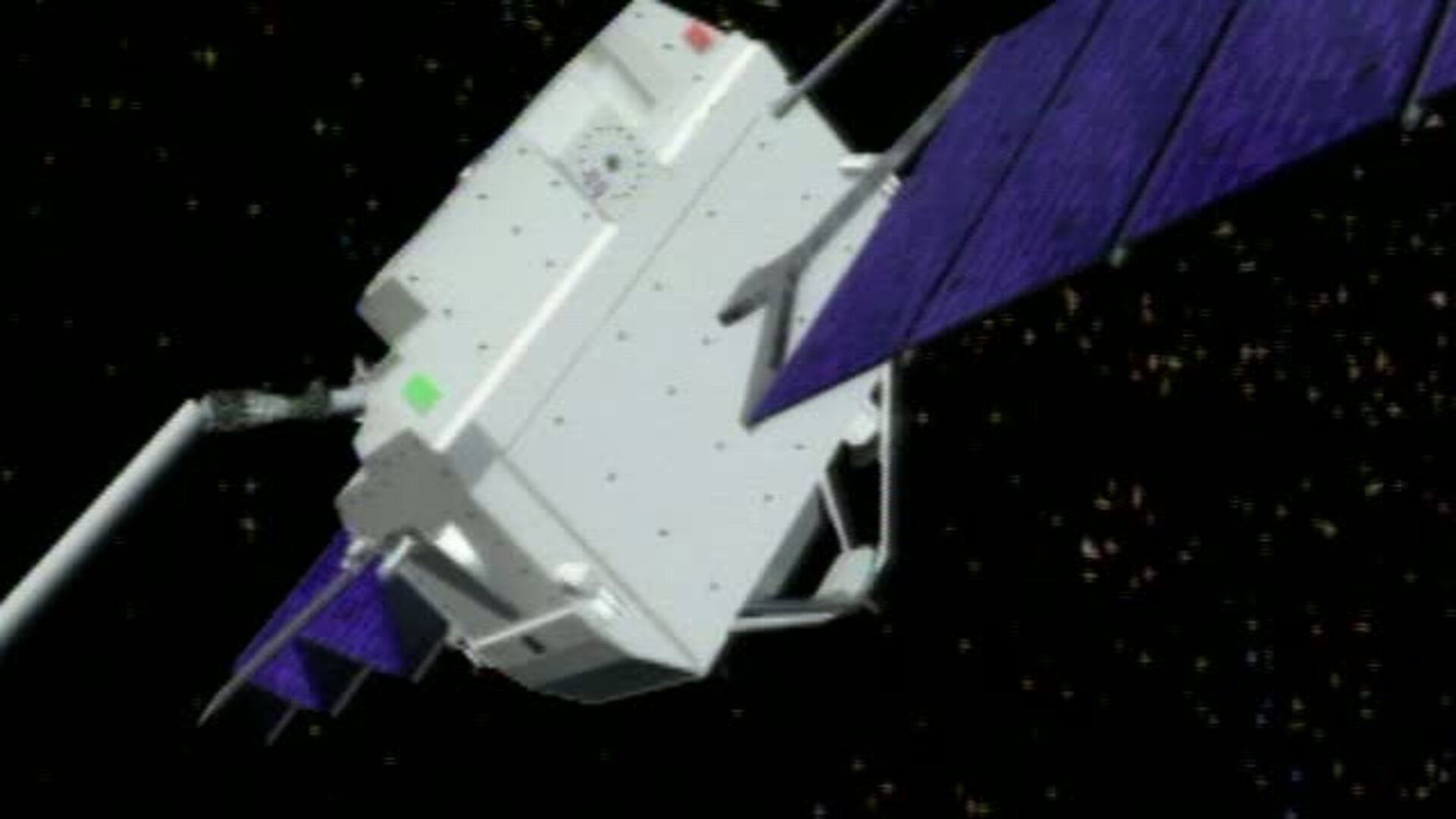 The Europeans were reliant on the piggyback services of NASA’s space shuttle for Eureca, as it had to be placed into orbit and later recovered.

Yet ESA wanted to be independent, and so developed its own launch vehicles, the Ariane-series, which have launched from the European Spaceport in Kourou, French Guiana, since 1979.

Later, Ferri spent three years working on Cluster, a four-satellite mission to research Earth’s magnetic environment and its three-dimensional interaction with the solar wind. In 1996, the first launch of the new Ariane 5 was to put the four identical Cluster satellites into orbit.

Ferri, now 57, remembers that summer day clearly: 4 June 1996 proved “traumatic for everyone.” A software error caused the rocket to veer off course and self-destruct 39 seconds after lift-off. This proved a huge setback for European aerospace and for Darmstadt, in particular. Yet it also proved a turning point and led later to the Rosetta mission.

And the Cluster satellites were rebuilt and lifted off in two dual launches in July and August 2000, and have since become some of ESA's most prolific scientific spacecraft ever.

Rosetta – ESOC’s 'jewel in the crown'

Ferri and several members of the Cluster team received new assignments, to work on the Rosetta comet mission.

“We started at zero with three or four people,” says Ferri, who later became the flight director overseeing the Rosetta flight control team. More than 20 years in planning, Rosetta went on to achieve historic milestones in the history of human spaceflight – and in the development of deep-space expertise at ESOC.

Nobody in Darmstadt at the time knew precisely how to proceed with an interplanetary mission. “We had no experience,” says Ferri. Portions of Rosetta’s approximately 7 billion-kilometre journey to rendezvous with a comet – Comet 67P/Churyumov-Gerasimenko – took the craft out to nearly 1 billion kilometres from Earth and 800 million kilometres from the Sun.

Rosetta would fly into uncharted territory even for the most experienced operations engineers as well as the experts in flight dynamics, ground stations and the other specialists at ESOC who supported the mission. 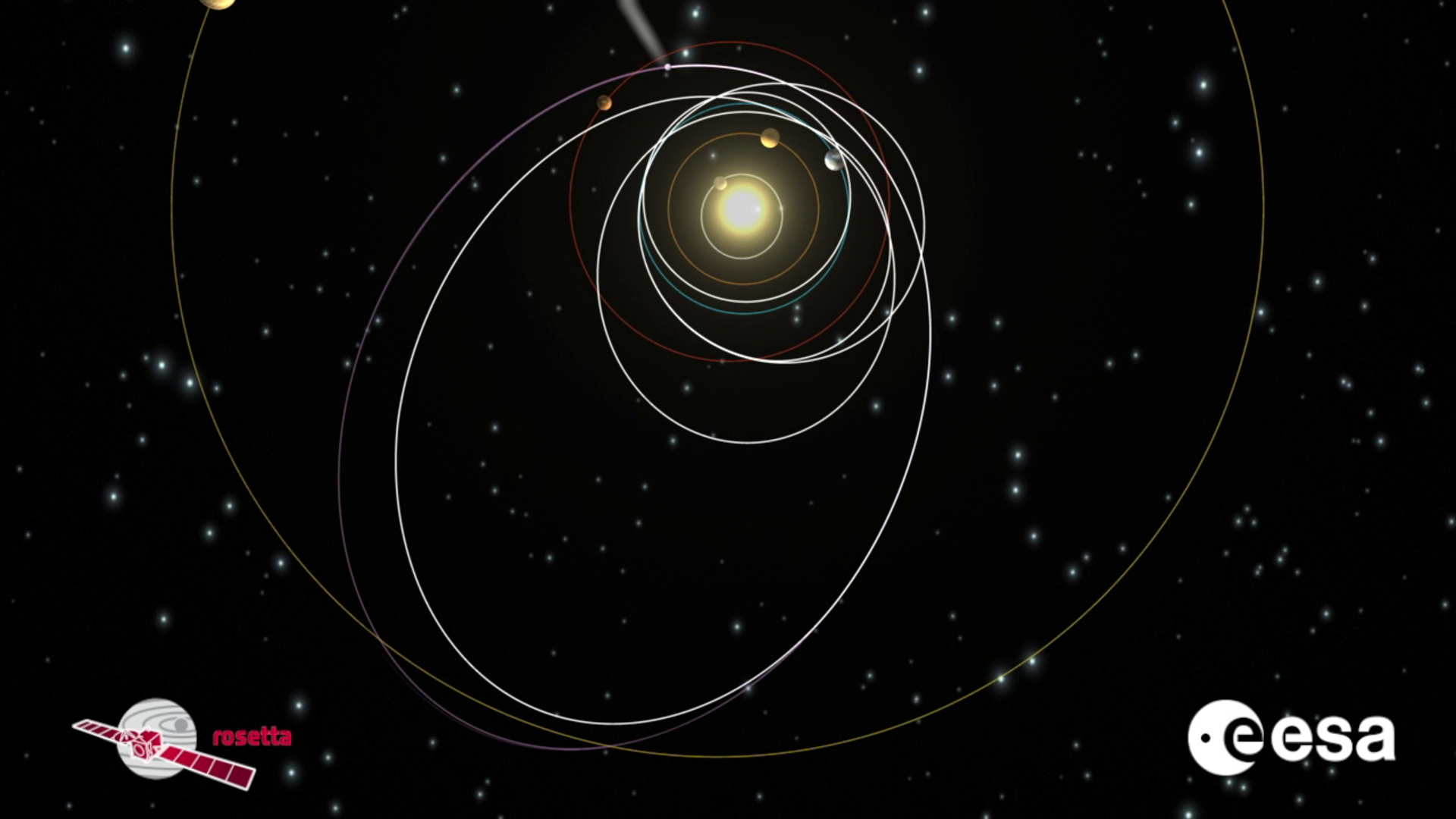 Moreover, ESA had hardly any infrastructure on the ground for such a mission. No one had flown such a mission – not even NASA – venturing so close to a comet, let alone dared a landing. The risks were too great. Ferri remembers the predictions across the Atlantic: “The Europeans will never manage that.” The daunting challenge even prompted Ferri himself to become sceptical sometimes. “However, the enthusiasm always outweighed the anxiety,” he adds.

Manfred Warhaut, who was responsible for Rosetta’s ‘ground segment’ – the software, hardware and networks on ground used to control a satellite in space – at the time, developed the right strategy. He put together a small team of experts including Ferri and a few years later encouraged the addition of younger engineers, who would see the mission through the 14 years to its end.

The dispatch of the Philae lander by Rosetta on 12 November 2014, and its subsequent touchdown on the comet a few hours later, followed by the successful transfer of images and data from the surface (until the lander’s batteries ran dry some 60 hours later) made the Rosetta mission an historic, first-ever space event. The news reached over 600 million people worldwide and was widely covered by print, TV and web media everywhere in multiple languages; the mission was front-page news in the New York Times. 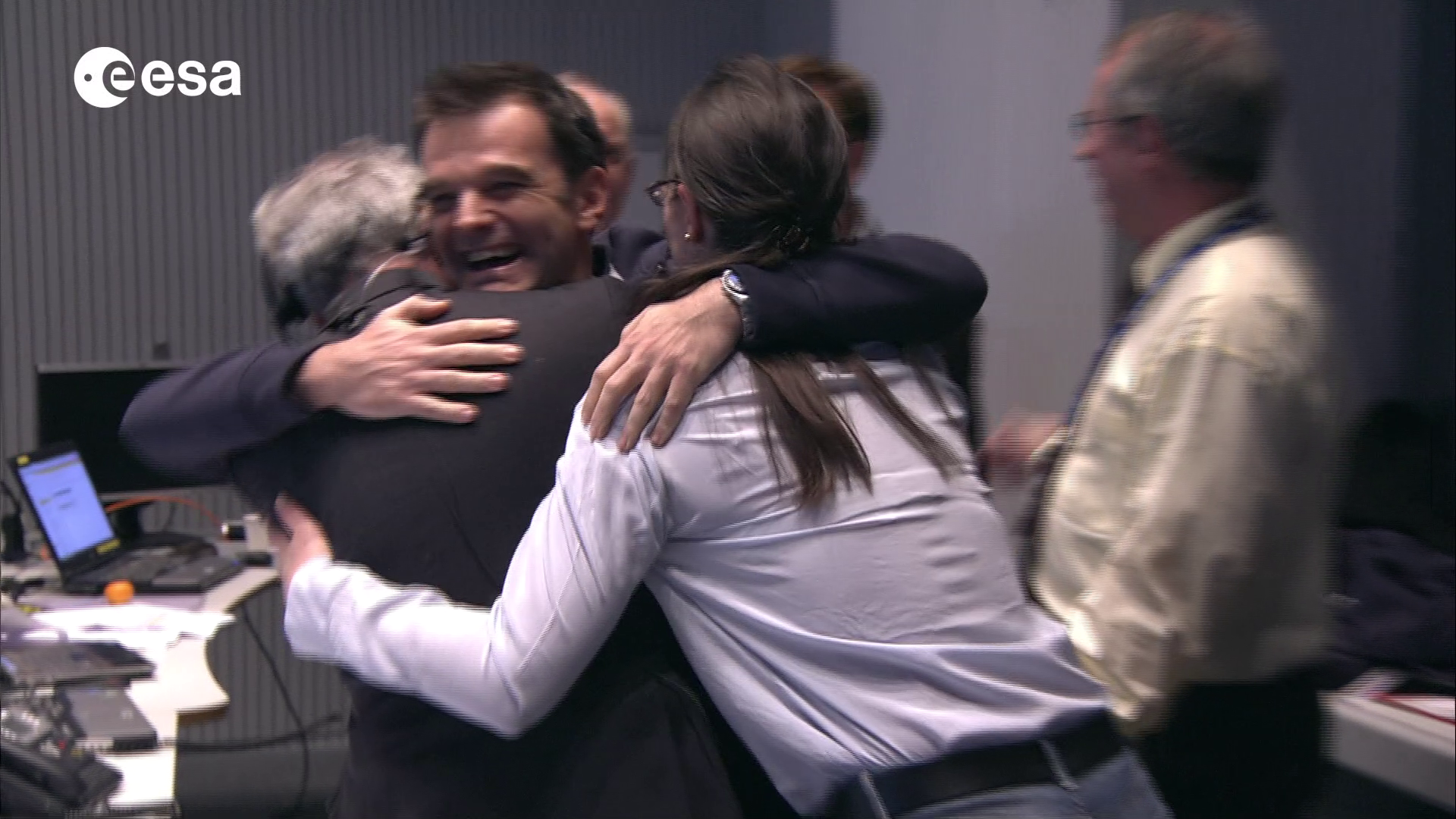 “We are the only ones to have achieved that so far. Our experience in interplanetary space travel is unique in Europe and in comet research worldwide. The Americans are still trailing us,” says Ferri proudly.

Rosetta counts among ESOC’s 'jewels in the crown' not simply because of the experience and wealth of scientific knowledge returned by the mission, but also because of “the team and its unique know-how,” according to Ferri.