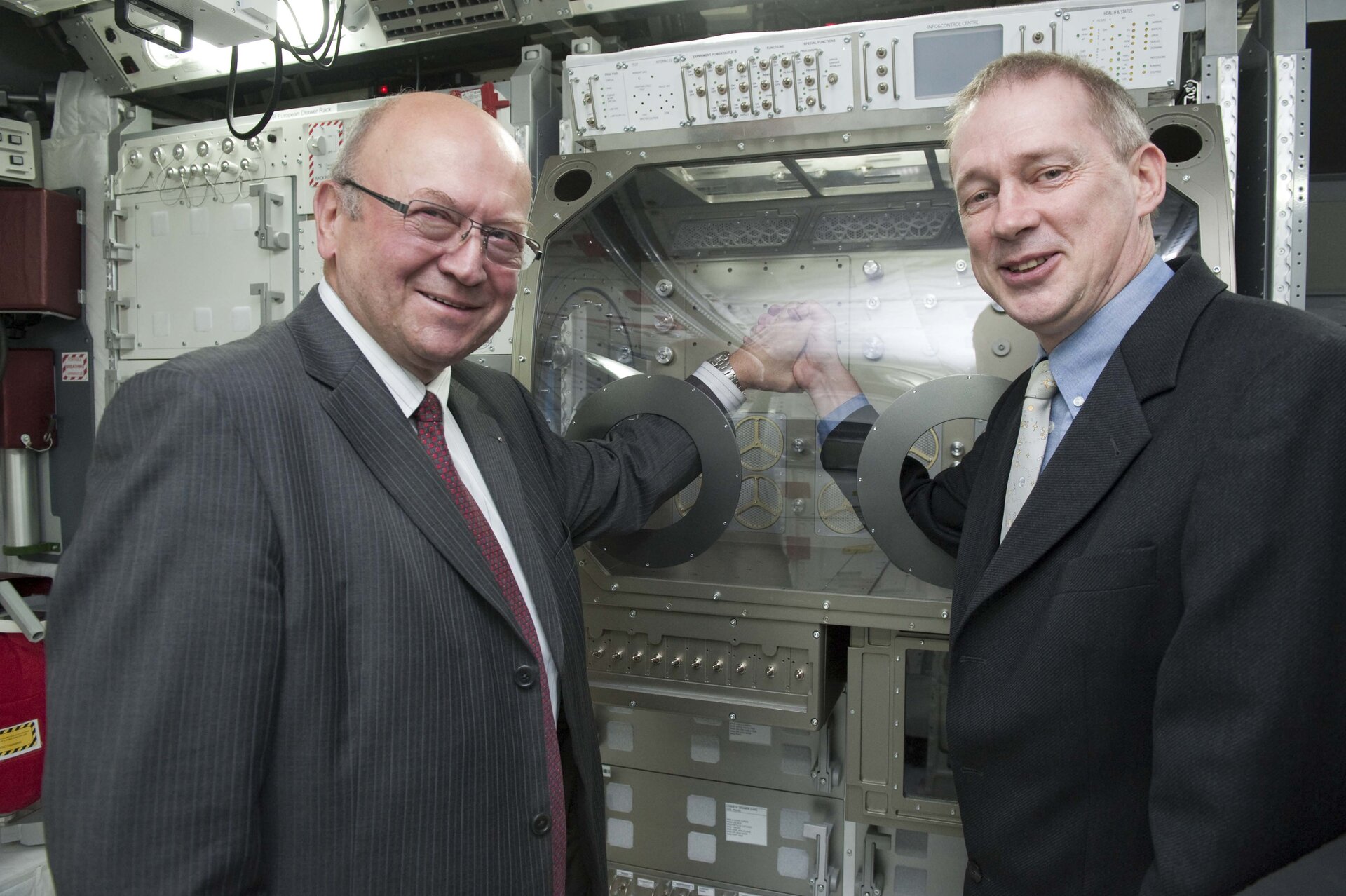 Europe’s first cosmonaut, Vladimir Remek of the Czech Republic, was accompanied by ESA astronaut Frank De Winne during a meeting for Members of the European Parliament hosted at ESTEC on 11 October.

Mr Remek, now a Member of the European Parliament (MEP), was part of a group visiting ESTEC, the centre of European space expertise, following an invitation earlier this year from ESA Director General Jean-Jacques Dordain. The MEPs represented the Committee of Industry, Research and Energy, the Committee for Security and Defence, and the Sky and Space Intergroup.

Franco Ongaro, Head of ESTEC, said: “We are very proud to let our guests experience for themselves the largest ESA centre and see how this major facility attracts scientists and engineers from all over Europe and the world. I hope my colleagues have transmitted some of their passion, and you’ve seen what defines Europe at its best.”

Many MEPs are already familiar with ESA, but their knowledge concentrates on Galileo, Europe’s own satellite navigation system, and GMES, the ambitious Earth observation programme headed by the European Commission in partnership with ESA and the European Environment Agency.

The highlights included tours of the ESTEC Test Centre, the Concurrent Design Facility, the Navigation Laboratories and the Telerobotics Laboratory. The visit concluded with an impressive ‘tour’ of the International Space Station in a 3D movie, narrated by astronaut Frank De Winne, who has flown to the ISS twice and became the first European to command an ISS expedition in 2009.

Mr Remek, who flew on Soyuz 28 to become the first European cosmonaut in 1978, said: “This was my first visit to Noordwijk and my first opportunity to see at firsthand the technical heart of ESA, the place where European space projects are born. To me it has been fascinating to see what your unique activities mean for European space. I hope that many more politicians will understand the importance of what we have seen.”

Mr Evžen Tošenovský, MEP, said: “What we have seen here seems like science fiction, but you are making it a science reality.”