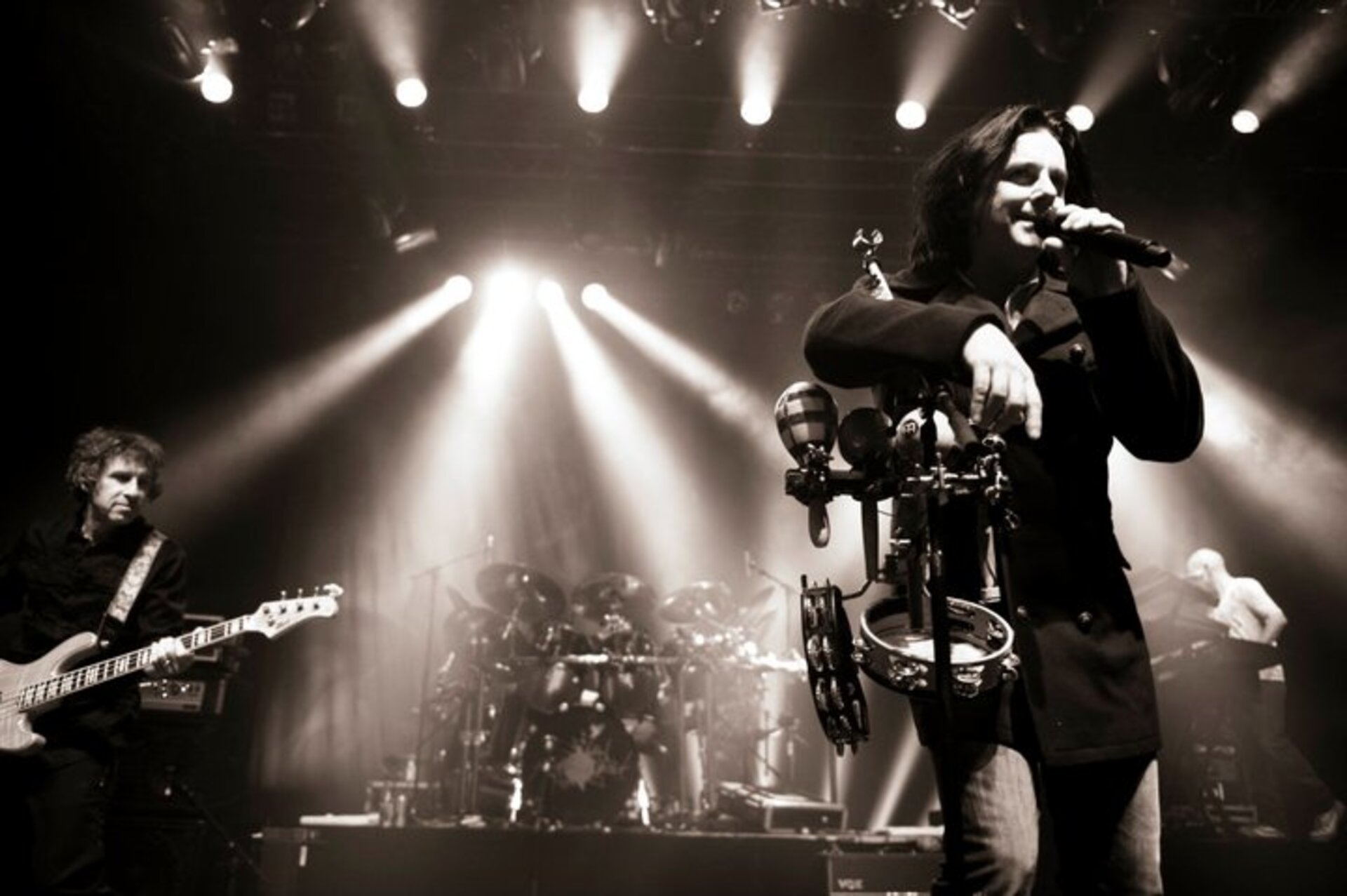 “Today, I saw music in the sky!” an appropriate first line from a song played by renowned UK rock band Marillion at the Paradiso concert hall in Amsterdam on Monday.

When the band found out that ESA astronaut André Kuipers would be listening to other Marillion songs during his six-month mission on the International Space Station, they dedicated another song, Asylum Satellite #1, to André and his family (one of the band’s hits, ‘Kayleigh’, is an all-time favourite of André’s wife).

André’s family were invited to the concert at the Paradiso on Monday as special guests and afterwards were able to meet the musicians backstage.

Coincidentally, some of the other songs played during the band’s recent European tour are included in André’s playlist, such as ‘Fantastic Place’, ‘Between You and Me’, ‘Beautiful’ and ‘The Release’. These have already been uploaded to the ISS ready for listening in André’s off-duty moments.

The band members themselves are very interested in science and exploration, particularly in space, and inspiration from these topics often shows up in their lyrics. In a short break from their concert dates, lead singer Steve Hogarth and guitarist Steve Rothery found time to visit ESA at ESTEC in Noordwijk.

Here the musicians were able to see firsthand a little of what life will be like for André in space, with a 3D video tour of the ISS and a look inside the full-size Columbus laboratory mockup.

No strangers to high levels of sound, the two Steves were also impressed by ESA’s Large European Acoustic Facility, a test chamber that produces noise equivalent to that heard 30 m away from multiple jet aircraft taking off simultaneously!