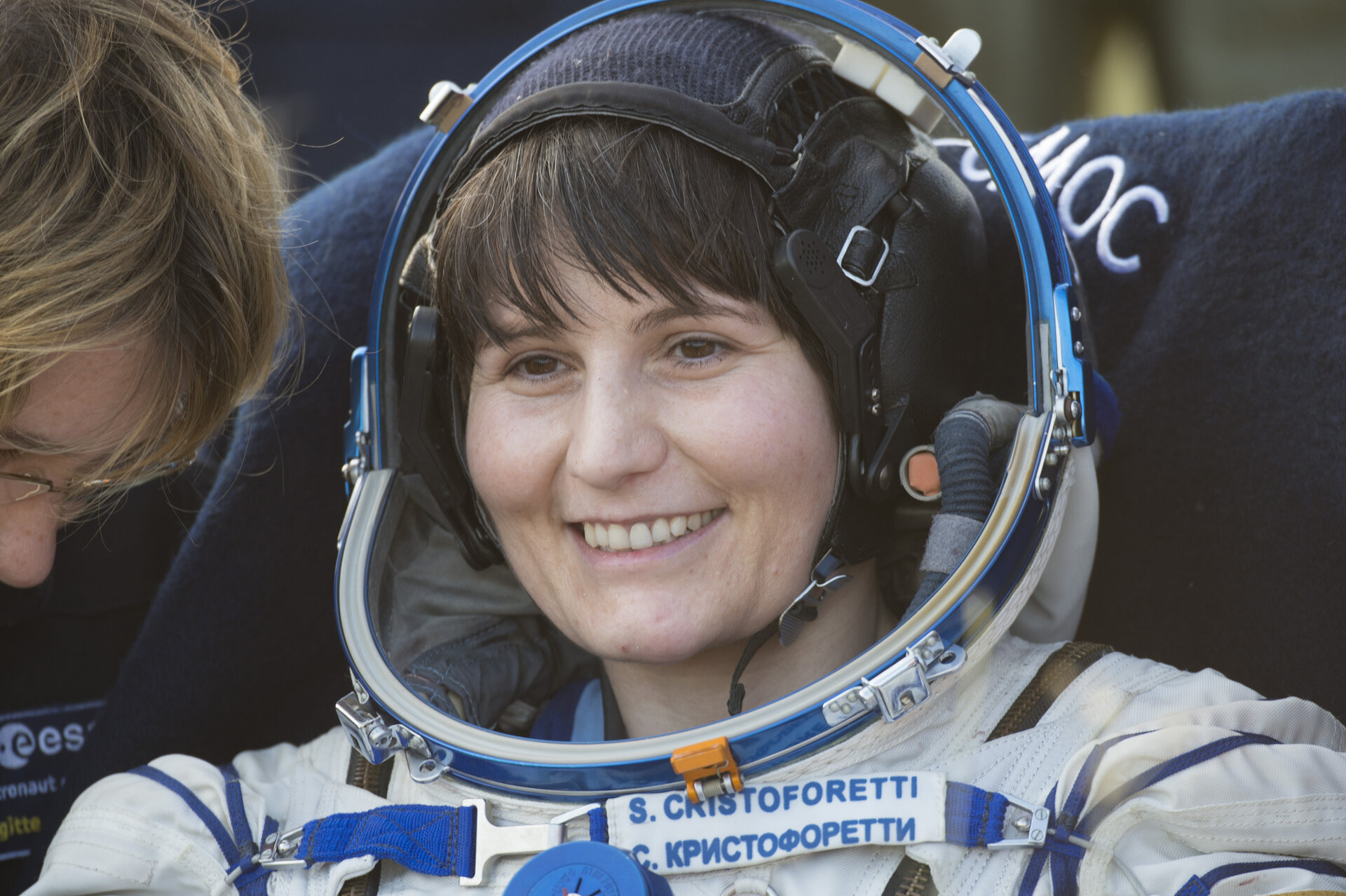 Samantha Cristoforetti made it look easy, grinning as she emerged from her Soyuz capsule, having chalked up a record-breaking 200 days in orbit. The Italian ESA astronaut joins many other women breaking new ground in space, collectively highlighted in a new exhibition.

Samantha’s landing came a full half a century after the pioneering spaceflight of Valentina Terechkova, the first woman to fly in space. Five decades on, space remains a general focus of fascination and an ever-growing part of all our daily lives.

At the same time however space – like science and engineering is general – is also a domain where women remain underrepresented: in France, for instance, only 17% of engineers are female.

But why should this be? It’s a big Universe out there, and we've glimpsed but the tiniest fraction of it. The countless discoveries awaiting us should not be limited to merely half of the human race.

Motivated by this belief, ESA has teamed up with international photojournalism agency Sipa Press to launch Space Girls, Space Women, an initiative designed to showcase girls dreaming about working in space and women already making their careers there, to share their inspiring stories with the wider world.

Sipa Press fielded an all-female team of reporters and photographers to meet three generations of women around the world involved in space exploration, from young girls nurturing a passion about space to students on the verge of beginning their careers, to the women already at the heart of the space adventure.

This women’s-eye view of space can now be seen through twin exhibitions along with a website and app. The Space Girls, Space Women exhibitions will be held at the Musée des Arts et Métiers and the Grilles du Jardin de l’Observatoire and will run until November – having been inaugurated in the presence of ESA Director General Jean-Jacques Dordain today.

Space, in their own words

Their journey took the Sipa Press team from Nairobi to Moscow, from Bangalore to the Atacama Desert – as well as through the gates of ESA’s own establishments.

Samantha’s own video interview, accessible via the site, took place during her International Space Station tour of duty: “My passion for space has motivated me to pursue my dream of becoming an astronaut…

“But even if I had not become an astronaut, that passion would have given me the motivation to do my absolute best every day, and that kind of drive and passion and motivation is one of the greatest gifts that one can wish for on the journey of life.”

Among the other Agency participants is Anna Heffernann, research fellow in fundamental physics in ESA’s Advanced Concepts Team: “It all started quite young. I was one of those kids who just wanted to be an astronaut and who looked up at the stars and wanted to go there and found it just amazing.

“I definitely recommend a career in science to girls and women who are thinking about it. Like I said, I had friends who did undergraduate courses who ended up going into accountancy and financing and I know they regret it. They say it all the time when I meet up with them, because you just have this ongoing, exciting world around you all the time…”

Carla Signorini is head of ESA’s Electrical Engineering department, one of the most senior positions at ESA’s ESTEC technical centre in Noordwijk, the Netherlands: “I think that to work in space, the first quality you need is to be curious, and this curiosity should orient you towards studying science.

“The other point is you must like working with other people… the human factor is very important: anything in space is made by many, many experts working together.”

A partnership for success

One of the most important photojournalism agencies in the world, Sipa Press had had remarkable success with their Journeys to school photography exhibition, organised in conjunction with UNESCO. The project documented the routes travelled by children all around the world on their way to and from school. Launched in 2013, the exhibition is still touring to this day.

Their new partnership with ESA took inspiration from this previous success. Following its Paris premiere, the exhibition will travel around Europe.

To learn more about the Space Girls, Space Women, initiative, please visit the website via the right hand link. And look out for the app, available in Google Play and the iTunes App Store.