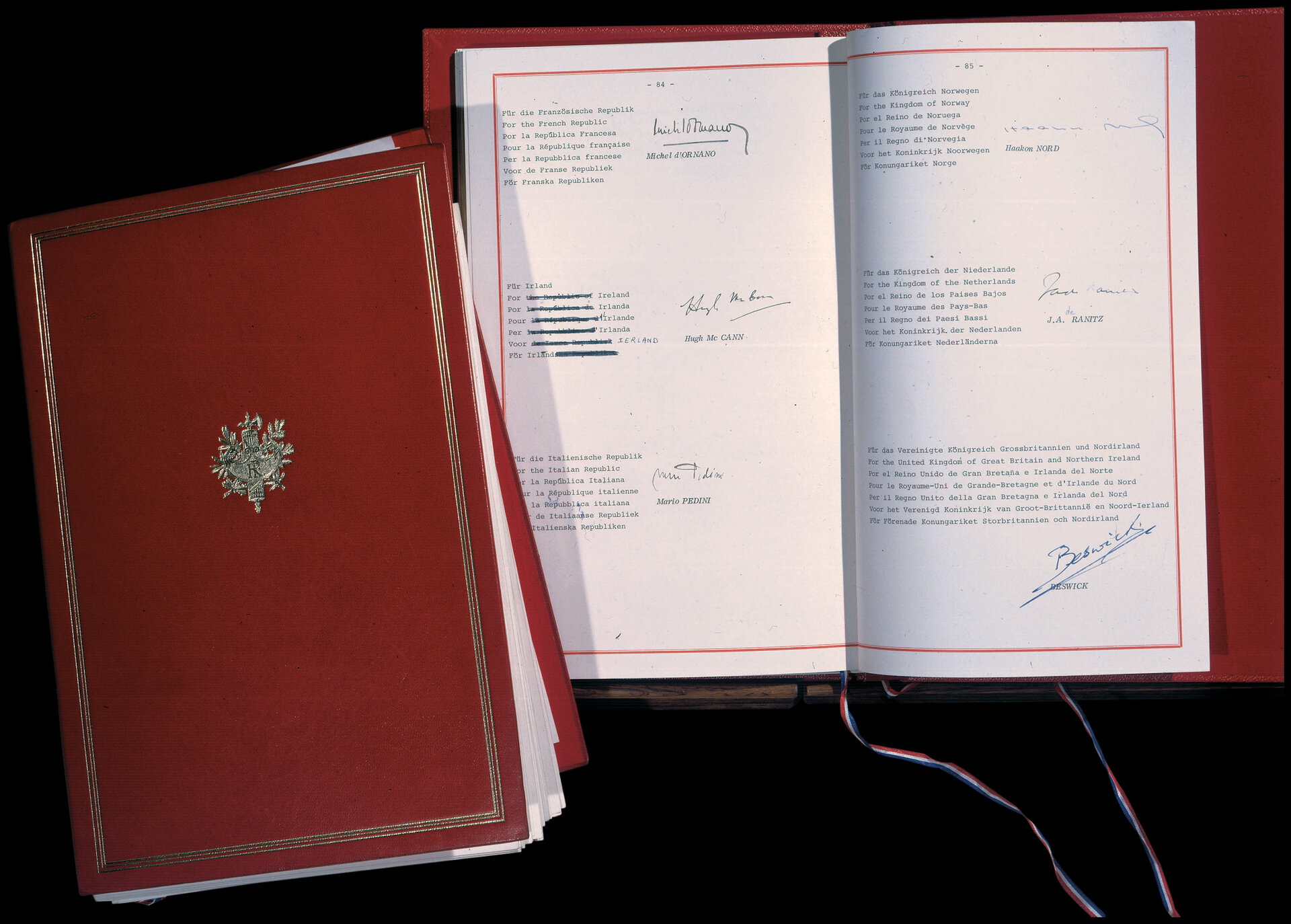 At the end of the Conference of Plenipotentiaries, held in Paris on 30 May 1975, the Convention for the establishment of a European Space Agency (CSE/CS(73)19, rev.7) was opened for signature by the Member States of the European Space Conference, until 31 December 1975.

The Final Act of the Conference of Plenipotentiaries and the associated Resolutions (CSE/CS(73)20, rev.7) established conditions for signature of the Convention and for the functioning of the European Space Agency.

On 31 December 1975, the Convention was signed by Ireland.

The Convention entered into force on 30 October 1980.

In accordance with Article XVI. 3 of the Convention, the Council has amended certain provisions in Annexes to the Convention adopting the following:

The versions with the consolidated text in force as of 1 January 2010 are provided in links below.

Date of deposit of instruments of ratification:

Link to the ratifications for the ESA Member States are provided below.