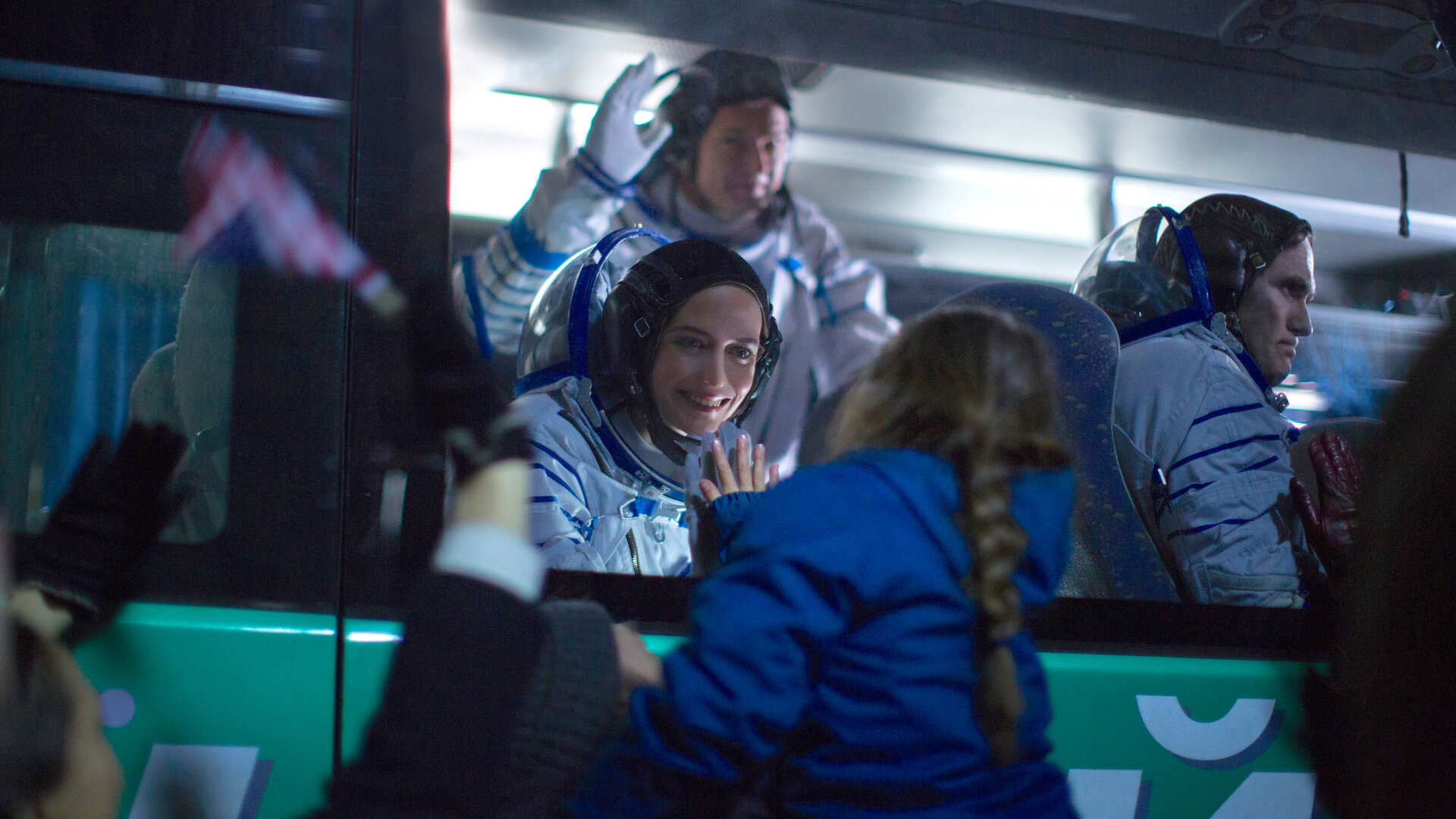 Proxima is the new film from French filmmaker Alice Winocour, about an ESA astronaut training for a long-duration mission on the International Space Station, with the cast and crew given access to real-life training centres while making the film.

Award-winning French actress Eva Green stars as Sarah, an astrophysicist who is selected for a one-year spaceflight in preparation for a future mission to Mars. As a single mother, she struggles to balance spending time with her young daughter and the intense training schedule for her journey into space.

At the same time, she is working doubly hard to prove herself as the only woman in an all-male, mixed nationality crew, with a US astronaut played by Matt Dillon and a Russian cosmonaut played by Alexei Fateev. German actor Lars Eidinger plays Sarah’s semi-supportive ex-partner.

Proxima is Winocour’s third feature-length work after gothic costume drama Augustine and psychological thriller Disorder (2015). Her latest film gives a more intimate look at the reality of today’s space travel that is refreshingly different from other recent space-based movies.

Winocour’s desire to make a film set against the world of space exploration stems from a lifelong interest in the subject. “I’ve been fascinated with space and space exploration since I was a child. Over the years, I’ve read a lot around the subject. I thought space was always in science fiction movies, but now it is our reality,” she says.

Her research at ESA shaped the film’s story­line as well as its sets, wardrobe, scripts and production details. Winocour wrote the screenplay and shot the film against real-life backdrops that centred on ESA’s European Astronaut Centre (EAC) in Cologne, Germany, Star City near Moscow and Baikonur Cosmodrome in Kazakhstan.

“As I met the trainers and visited the facilities, it struck me that all the work that goes into preparing an astronaut to leave Earth, all these years of training, has rarely been shown in cinema,” said Winocour.

The 60-strong film crew began their nine-week shoot in January 2018. They filmed at EAC that February, using the neutral buoyancy pool, training hall, simulators and the Columbus laboratory trainer module as sets for shooting.

As well as filming on location, several ESA staff and contractors advised Winocour and her writers and cast, on all aspects of astronaut training, and specifically on the underwater training scenes. Lead actress Eva Green spent several days at EAC and met ESA astronauts Samantha Cristoforetti and Thomas Pesquet.

“I wanted to be as close to the reality as possible,” said Winocour. “I met astronauts and trainers and wrote scenes with scientists in Cologne. In a way, there’s a documentary feel to the film.”

As well as Winocour’s fascination with space, the story grew out of her idea to create a strong female character grappling with the challenges of motherhood. “It’s a film about space exploration and also a film about women,” said Winocour.

“Cinema doesn’t often show women as both mothers and super-heroines. It’s time that women should assume that you can be an astronaut and a mother too."

“Often in cinema, space exploration is represented through the prism of America’s space agency NASA, and the astronauts are shown as sort of superhuman beings. What struck me, after observing the preparation process, is that there is nothing more fragile and human than astronauts as they confront space.”

Proxima premiered at the Toronto and San Sebastian Film Festivals in September and is set for release in France, Belgium and Switzerland on 27 November, in Spain on 13 December and UK on 17 April 2020.