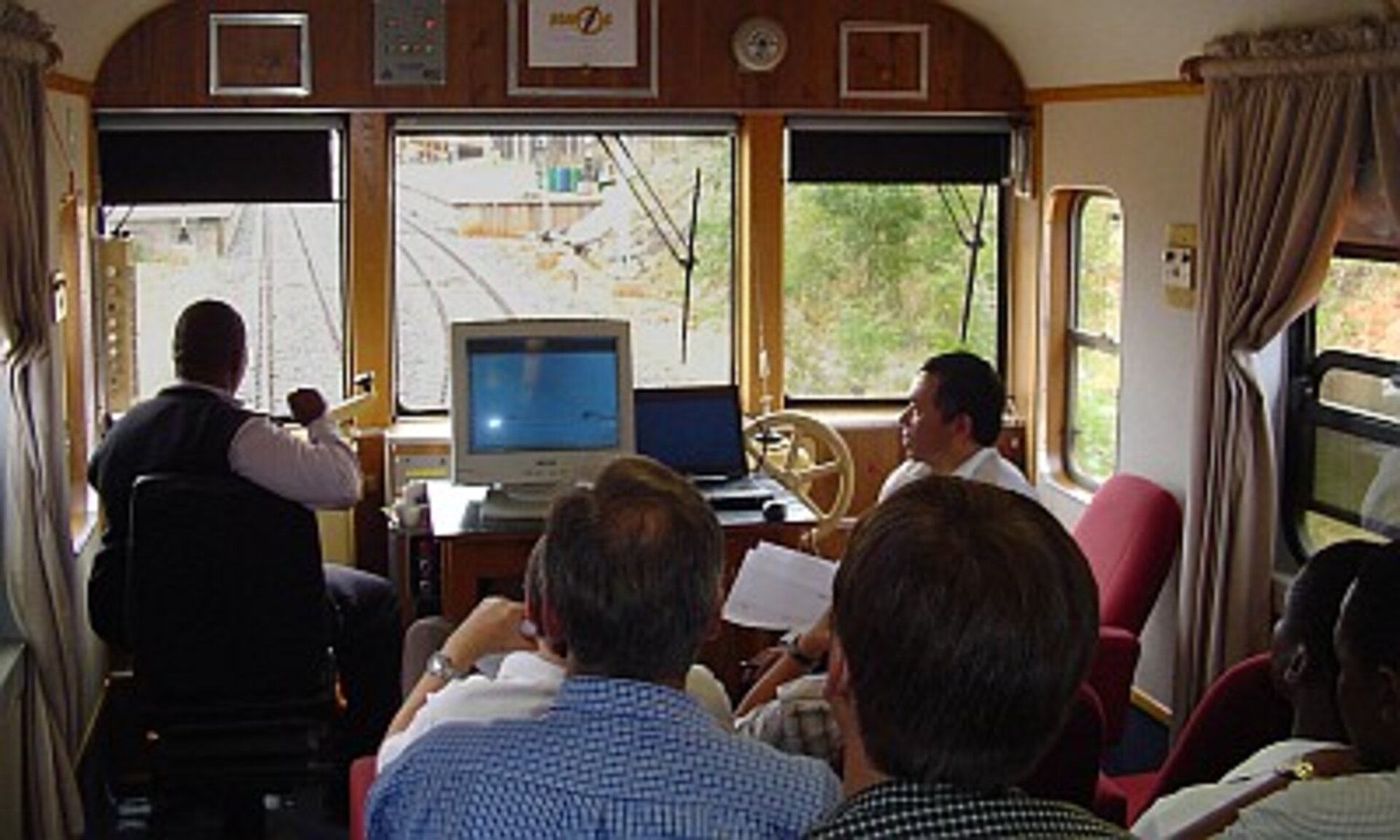 A demonstration of the use of the European Geostationary Navigation Overlay Service (EGNOS) for advanced railway traffic management and control recently took place near Johannesburg, South Africa.

The demonstration made use of EGNOS test signals currently available over Africa and was carried out as part of the Programme for the Development and Demonstration of Applications for Galileo and EGNOS (ProDDAGE), a contract with the Galileo Joint Undertaking. The realisation of the demonstration was a collaboration between ESYS plc, a UK consultancy, and Spoornet, the South African rail freight company.

The demonstration used a system from Kayser-Threde and Bombadier, Germany, called Integrail, developed under sponsorship from the European Space Agency. This consists of a GPS/EGNOS receiver coupled to other rail sensors such as odometers, accelerometers and azimuth sensors combined with a digital rail track map. Coupling of these sensor outputs is achieved using a processing unit located on-board the train.

The objective was to demonstrate how EGNOS can be utilised for accurate positioning of trains in a train control system for rural or single track lines. This could drastically reduce the need for expensive traditional positioning sensors installed along the track. In addition, the high maintenance and replacement costs of such track-based sensors can be avoided. In the EGNOS-based solution, the train positioning is accomplished by a train-borne EGNOS receiver. Countries with large rural rail and single track networks can especially benefit from this technology.

During the morning descriptions and details of EGNOS and Galileo were presented followed by plans for implementation of an operational system in southern Africa. The morning concluded with details of the Integrail system itself and technical details of the demonstration. The participants showed considerable interest in how EGNOS could be used in practice for rail applications, in how it differs from GPS, and how, in the future, the Galileo system is likely to be used in combination with EGNOS and GPS.

In the afternoon, participants witnessed live tracking aboard a train on the NASREC (National Exhibition Centre and Sports Facility) section of rail track, just south of Johannesburg. The trial started on a single track section coming into the station and followed the positioning of the train onto 3 different tracks in the vicinity of the station. The performance of the African EGNOS test signal was excellent and showed the ability of EGNOS positioning to distinguish between trains on these closely spaced tracks. It highlighted the capabilities that will be provided by the planned operational extension of EGNOS for Africa and gave the participants a glimpse of future technologies in rail control systems.

EGNOS uses a network of ground stations to determine accuracy errors in the positioning information provided by the US Global Positioning System (GPS) and the Russian Global Orbiting Navigation Satellite System (GLONASS). EGNOS transmits a correction signal from three geostationary satellites, enabling users to determine their location with greater accuracy and confidence than when using GPS and GLONASS alone. EGNOS initial operations in Europe began in July 2005, and it will become fully operational for non-safety-of-life applications during 2006. Certification for safety-of-life-applications is expected to follow in 2007.