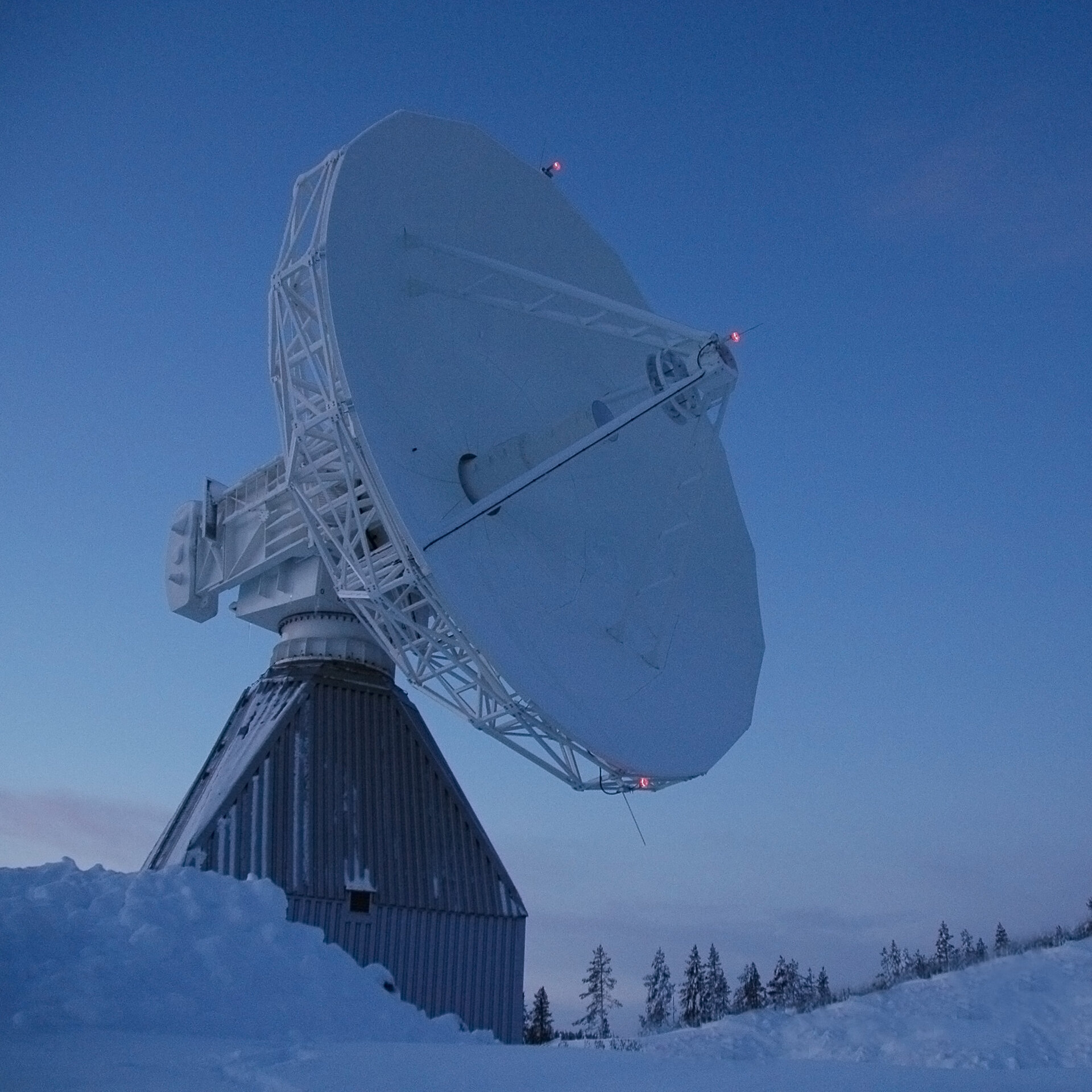 Today saw the opening of a remote, northerly site in the worldwide network of Galileo ground stations. The Kiruna Galileo Station in the Swedish Arctic will play a vital role communicating with the satellites of Europe’s global navigation system, which are due to start launching next year.

The inauguration began with a candlelit procession to pierce the winter gloom: the ceremony was scheduled to coincide with the feast day of St. Lucy, a popular Swedish celebration. As is traditional, the parade was led by one young woman representing ‘Lucia’, wearing a crown of lights.

Perched near the top of the European landmass, Kiruna will be one of two Telemetry, Tracking and Command (TT&C) Galileo stations during the In Orbit Validation (IOV) Phase – the other is in Kourou, French Guiana near the equator – to monitor the satellites and relay new commands as required from Galileo’s ground controllers at Oberpfaffenhofen in Germany and Fucino in Italy.

The Kiruna facility was formally inaugurated by René Oosterlinck, ESA’s Director of the Galileo Programme and Navigation-related Activities and Javier Benedicto, ESA's Galileo Project Manager, together with Paul Verhoef, Programme Manager of EU Satellite Navigation Programmes at the European Commission, and Lars Persson, President and CEO of the Swedish Space Corporation (SSC).

“I am glad to inaugurate this station today”, commented Director Oosterlinck. “The ground segment of Galileo is getting ready in line with the space segment, the operations, and much more. I have worked on Galileo since its very beginning, and I am happy it is now taking shape”.

With Galileo soon to become a reality – the first Galileo satellites are scheduled to be launched in 2011 – bringing ground stations online is just as essential as getting the satellites ready to fly.

The high-precision Galileo service requires a global network of ground stations to oversee the Galileo satellites in space – comprising a final total of 30 satellites in medium orbits, including three spares.

The Kiruna station is hosted at Esrange Space Center of the Swedish Space Corporation. It serves as a satellite ground station for control and tracking and launch site for sounding rockets and long duration stratospheric balloons.

Kiruna’s extreme northerly latitude – 200 km north of the Arctic Circle, in the forests of Swedish Lapland – gives it good visibility of medium- orbit satellites, ensuring continuous coverage for exchanging data between the ground and Galileo satellites. The remote location avoids any signal interference from built-up areas.

The satellite station at Esrange Space Center performs control and tracking duties for a variety of satellites, and was previously used for the launch and early operations of the second Galileo testbed satellite, GIOVE-B, in 2008.

Today, the facility’s 13 m-diameter high-speed antenna and all the Galileo TTC equipment have been commissioned and are ready to support the initial operations of the first Galileo satellites.

The Kiruna Galileo Station contains baseband and RF equipment, monitoring, control and network connections. In order to meet the stringent availability requirements for the Galileo system, all equipment is configured to include internal and external redundancy.

The TTC station provides the space-ground interface for telemetry acquisition and telecommand uplink and two-way ranging.

The telecommand and telemetry data, together with the TTC monitoring and control data, are exchanged between the TTC stations and the Galileo Control Centres. In normal operation, the TTC station is autonomous. Technicians are needed for the purposes of maintenance and anomaly investigation.

Photos and videos of the event are available here.