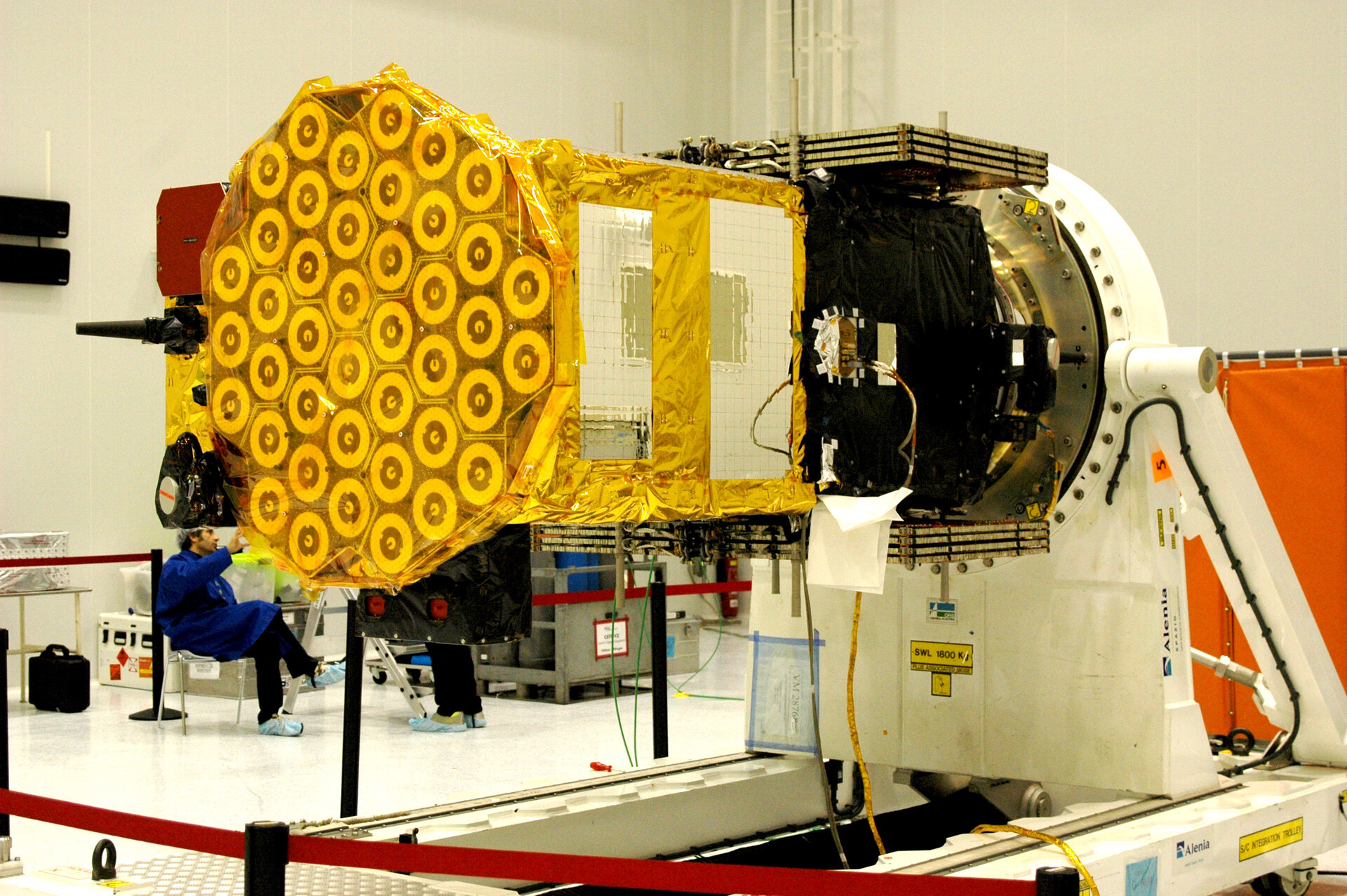 GIOVE-B has been connected to its ground support equipment and the process of checking out the spacecraft following the journey to Baikonur has begun. The construction of the Soyuz FG launch vehicle is under way.

GIOVE-B is in the Starsem Payload Preparation Facility at Baikonur Cosmodrome. The spacecraft has been connected to the support equipment that provides it with power and control signals and measures the performance of the various systems onboard. Rigorous testing will be performed before GIOVE-B is attached to the Fregat upper stage that will guide it into orbit.

While the spacecraft is being tested, its launch vehicle is being assembled. Air pressure testing of the launcher propulsion systems has been completed and the four first-stage boosters have been mated with the central core.

GIOVE-B is the second in-orbit validation spacecraft for Europe's Galileo global navigation satellite system. It is designed to test novel, key technologies for the Galileo network, including the triple-channel transmission of navigation signals.

The satellite carries a high-precision passive maser clock - the most accurate clock ever flown in space, and the spacecraft will be able to transmit MBOC (multiplexed binary offset carrier) signals in accordance with a recent interoperability agreement for Galileo and GPS.

GIOVE-B will have a liftoff mass of 530 kg. It was built by an industrial consortium headed by Astrium GmbH (Germany) as satellite prime, with Thales Alenia Space (Italy) as subcontractor for satellite assembly, integration and test.