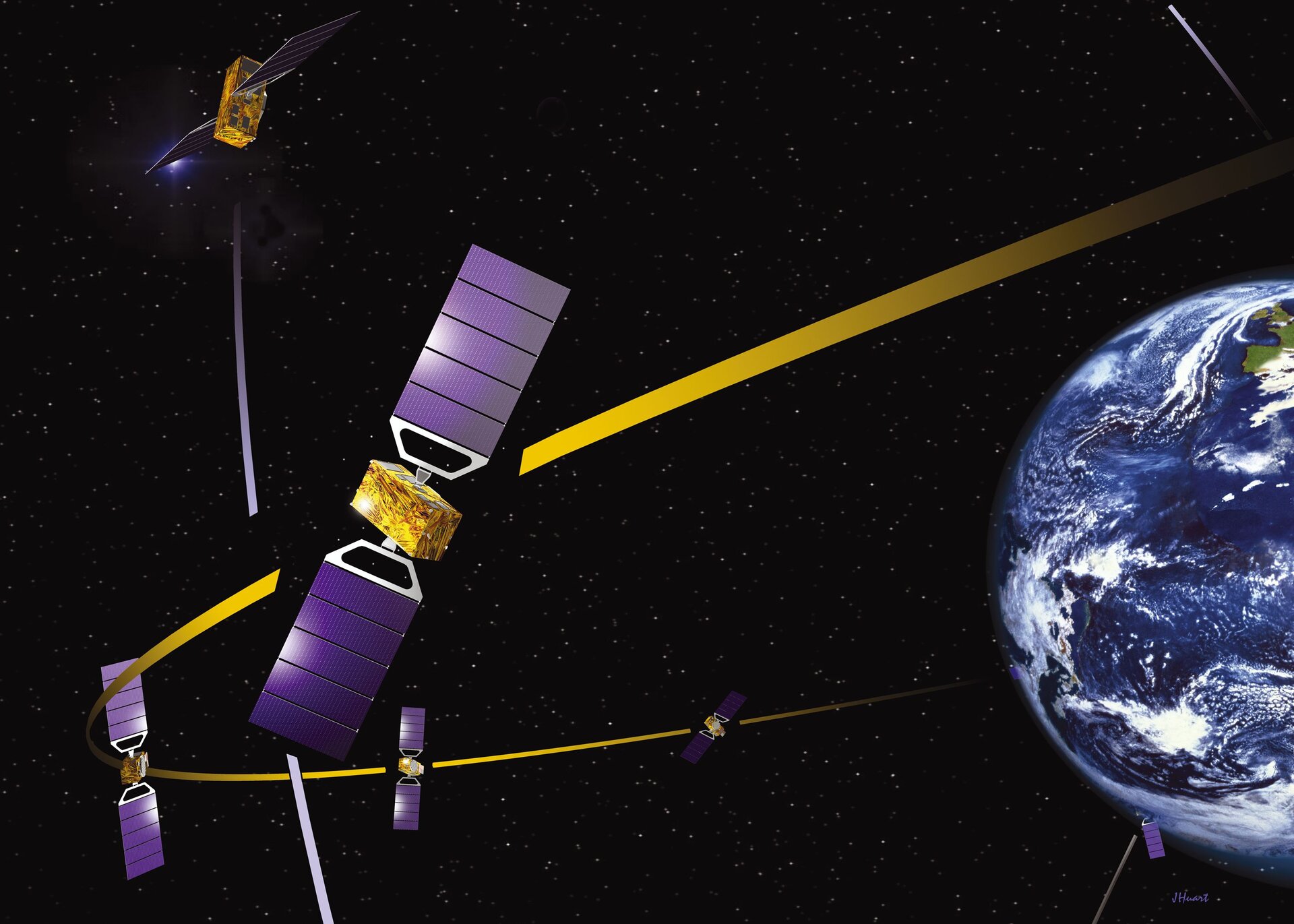 The Galileo System will be an independent, global, European-controlled, satellite-based navigation system and will provide a number of guaranteed services to users equipped with Galileo-compatible receivers.

In 2011, after the deployment of the four initial satellites of the in-orbit validation phase, the GPS/EGNOS/Galileo combined services will be progressively provided.

The Galileo system will provide navigation and Search and Rescue services on a global base.

The following Galileo satellite-only services will be provided worldwide and independently from other systems by combining Galileo signals-in-space:

The Galileo Open Service (OS) is defined for mass-market applications. It provides signals for timing and positioning, free of direct user charge. The Open Service is accessible to any user equipped with a receiver, with no authorisation required. While up to three separate signal frequencies are offered within the Open Service, cheap single-frequency receivers will be used for applications requiring only reduced accuracy. In general, Open Service applications will use a combination of Galileo and GPS signals, which will improve performance in severe environments such as urban areas.

The Open Service does not offer integrity information, and the determination of the quality of the signals will be left entirely to the users. There will be no service guarantee or liability from the Galileo Operating Company on the Open Service.

The Safety-of-Life (SoL) service will be certified and its performances will be obtained by using certified dual-frequency receivers. Under such conditions, the future Galileo Operating Company will guarantee SoL. To benefit from the required level of protection, SoL is implemented in the frequency bands reserved for Aeronautical Radio-Navigation Services (L1 and E5).

This service will increase safety, especially where there are no traditional ground infrastructure services. This worldwide seamless service will increase the efficiency of companies operating on a global basis - airlines and transoceanic maritime companies. The EGNOS regional European enhancement of the GPS system will be optimally integrated with the Galileo Safety-of-Life service to have independent and complementary integrity information (with no common mode of failure) on the GPS and GLONASS constellations.

The Commercial Service (CS) is aimed at market applications requiring higher performance than offered by the Open Service. It provides added value services on payment of a fee. CS is based on adding two signals to the open access signals. This pair of signals is protected through commercial encryption, which is managed by the service providers and the future Galileo operator. Access is controlled at the receiver level, using access-protection keys.

The uses foreseen for the commercial service include data broadcasting and resolving ambiguities in differential applications. These will be developed by service providers, which will buy the right to use the two commercial signals from the Galileo operator.

Developing commercial applications either by using the commercial signals alone, or by combining them with other Galileo signals or external communications systems, opens a wide range of possibilities. The worldwide coverage brings a strong advantage for applications requiring global data broadcast.

Galileo is a civil system that also includes a robust and access-controlled service for government-authorised applications. The Public Regulated Service (PRS) will be used by groups such as police, coast-guards and customs. Civil institutions will control the access to the encrypted PRS. Access by region or user group will follow the security policy rules applicable in Europe.

The PRS is operational at all times and in all circumstances, including during periods of crisis. A major PRS driver is the robustness of its signal, which protects it against jamming and spoofing.

The Search and Rescue (SAR) service is Europe's contribution to the international cooperative effort on the humanitarian search and rescue. It will allow important improvements in the existing system, including: near real-time reception of distress messages from anywhere on Earth (the average waiting time is currently an hour); precise location of alerts (a few meters, instead of the currently specified 5 km); multiple satellite detection to overcome terrain blockage in severe conditions; increased availability of the space segment (30 Medium Earth Orbit satellites in addition to the four Low Earth Orbit and the three geostationary satellites in the current COSPAS-SARSAT system).

Galileo will introduce new SAR functions such as the return link (from the SAR operator to the distress beacon), thereby facilitating the rescue operations and helping to reduce the rate of false alerts. The service is being defined in cooperation with COSPAS-SARSAT, and its characteristics and operations are regulated under the auspices of IMO and ICAO.