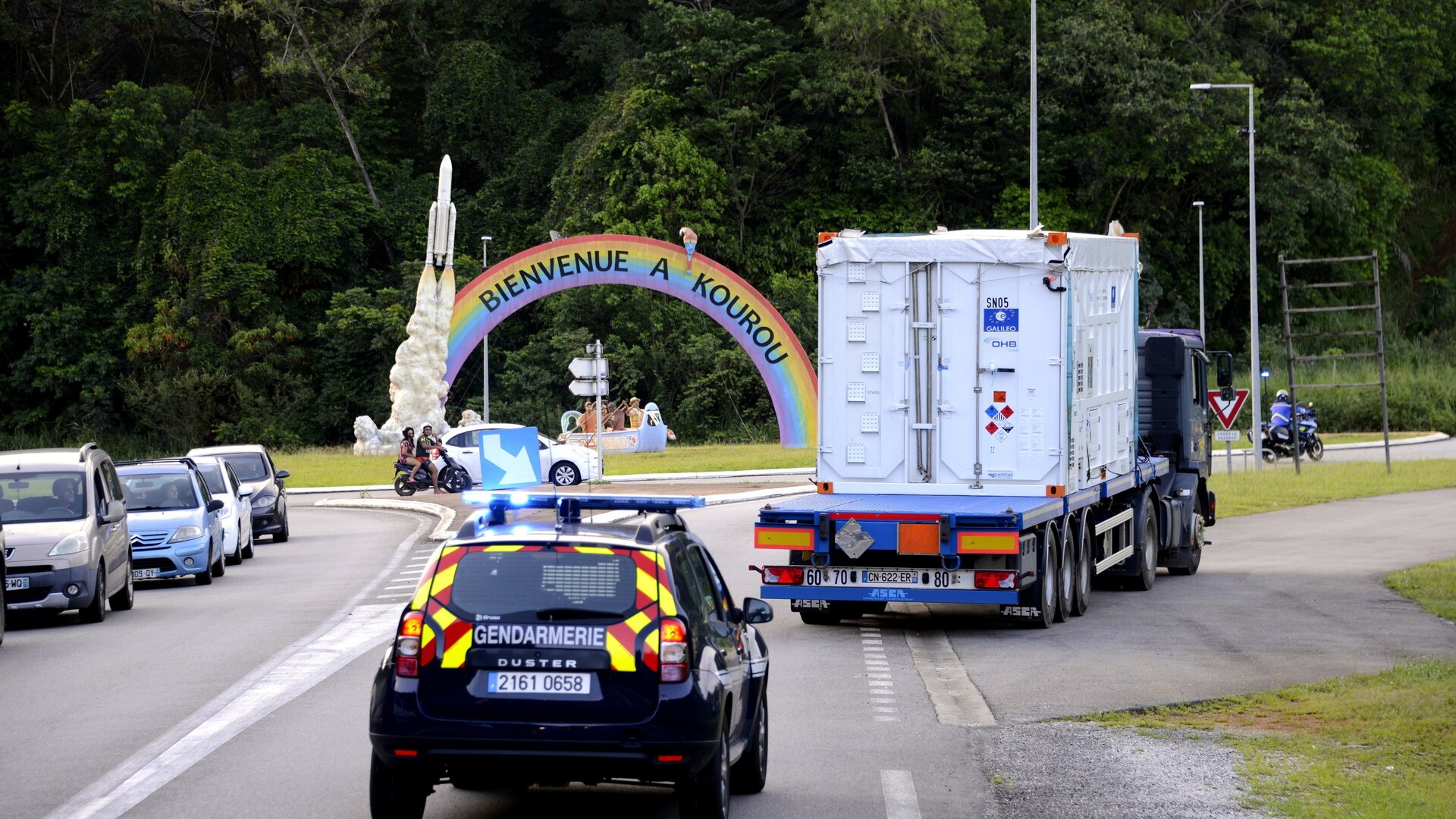 The next two satellites in Europe’s Galileo satellite navigation system have arrived at Europe’s Spaceport in Kourou, French Guiana, ahead of their planned launch from the jungle space base in July.

Galileo satellites 23 and 24 left Luxembourg Airport on a Boeing 747 cargo jet on the morning of 4 May, arriving at Cayenne – Félix Eboué Airport in French Guiana that evening.

They were then unloaded, still in their protective air-conditioned containers, and transported by truck to the cleanroom environment of the preparation building within Europe’s Spaceport.

This pair will be launched along with another two Galileo satellites, which are due to be transported to French Guiana later this month.

The quartet will be launched together on a customised Ariane 5 on 25 July.

The Galileo System began Initial Services on 15 December 2016, and a growing number of commercial devices are using Galileo today. Completion of the constellation should improve Galileo’s positioning accuracy further still.

A steady stream of orbital spares, ready to replace satellites reaching the end of their operational lives, is essential to ensure Galileo continues operating seamlessly.

Looking further ahead, with the aim of keeping Galileo services as a permanent part of the European and global landscape, replacement satellites will be required by the middle of the next decade, offering improved performance and added features.

Success led to the current Full Operational Capability phase, fully funded by the EU and managed by the Commission. The Commission and ESA have a delegation agreement by which ESA acts as system design authority and procurement agent on behalf of the Commission.