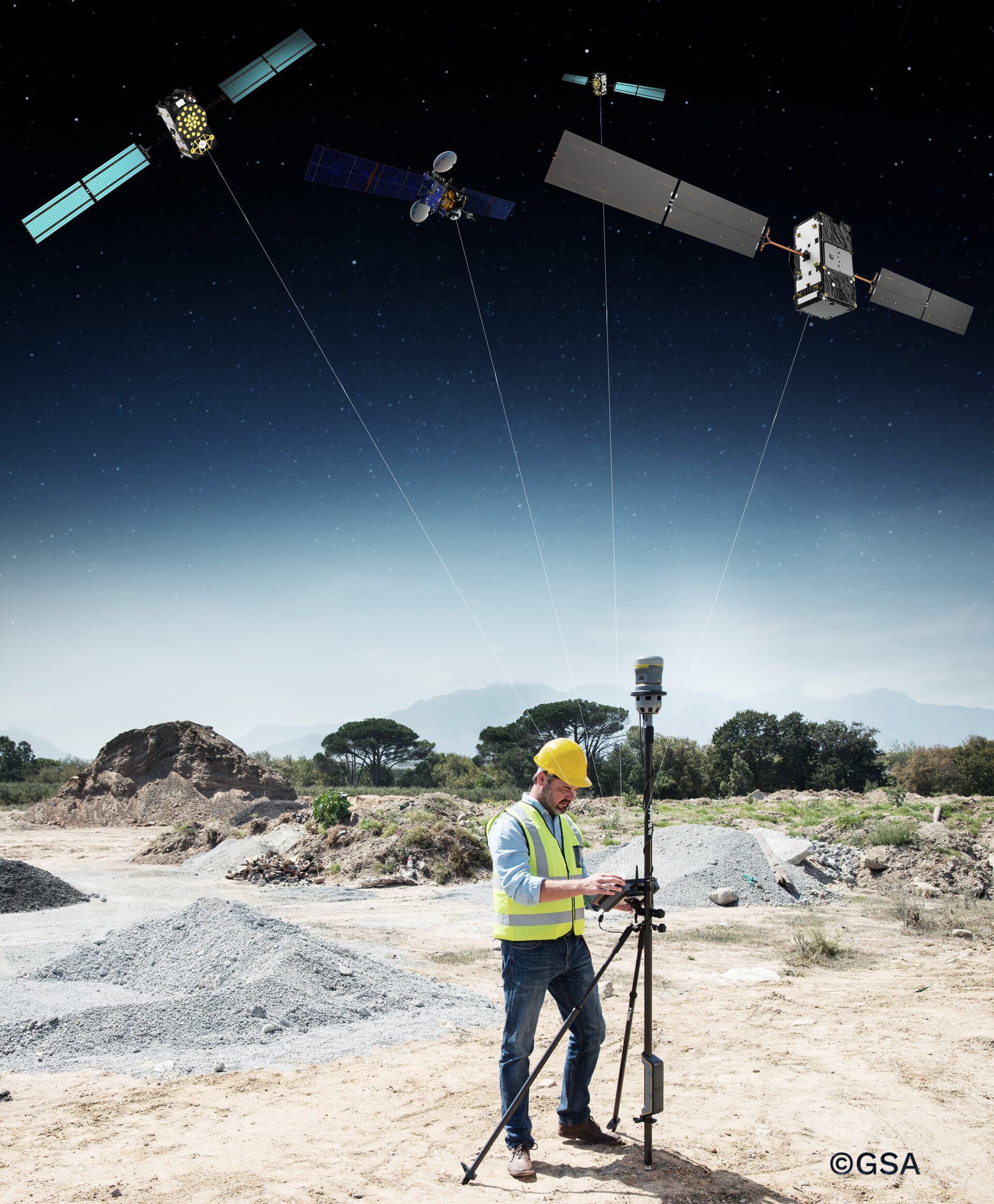 There are more than five billion satnav devices on Earth. Along with smartphones and mobile receivers, this figure includes networks of fixed receiver stations, used to improve accuracy. An ESA-led project will harness these networks to provide an ongoing overview of satnav performance from the global to national and regional scale.

“The general assumption is that Global Navigation Satellite System (GNSS) services can always be relied on, which is true 99% of the time” comments Michael Pattinson of Nottingham Scientific Ltd in the UK, developing this new project for ESA.

“That’s fine for the ordinary smartphone user, but for safety-critical applications, in particular, we need to know exactly when systems are not performing optimally, and why.

“Current performance monitoring is often partial, based around individual signal frequencies or constellations, carried out by the service operators themselves. With our new COLOSSUS – Crowd-Sourced Platform for GNSS Anomaly Identification, Isolation and Attribution Analysis – data platform, we’ll be creating the most detailed possible picture of overall performance from the user side, covering all satellite constellations, signal frequencies and receiver types.

“The aim is to immediately identify system failures, faults and other errors on an immediate, autonomous basis. And we’ll do this by harnessing a resource that is already out there: gathering and analysing positioning data from networks of ‘continuously operating receiver stations’, known as CORS for short.”

There are many hundreds of these CORS stations across the globe. By performing positioning continuously at a fixed site in the landscape, they can be used as a standard, serving to identify and subtract measurement errors to boost positioning accuracy on a localised basis.

Many CORS networks have been established for scientific uses, such as the worldwide International GNSS Station (IGS) network, used as a standard geographical reference and to measure shifts in the solid Earth, oceans and ice.

Others have been set up by national mapping agencies, such as the Ordnance Survey in the UK. There are also private-sector networks, employed for improving the accuracy of services such as land surveying, air service providers, road charging or driverless cars.

“Each network is different,” adds Michael. “Some make their data freely available, others involve registering or payment. We’re talking to operators to allow us to access their data in exchange for sharing our results, and they’re very interested in accessing such performance metrics.

“With measurements from so many sites, when a failure does occur we’ll be able to pin down its likely source almost immediately. Is it localised interference, or does it have a wider impact? Is it atmospheric disturbance? Is only a single model of GNSS receiver affected, or multiple types? Is it a problem with a single satellite, multiple satellites or even multiple constellations?”

The company is also deploying its own CORS receivers as an additional data source, at the same time as it develops and tests its processing algorithms. The aim is to begin testing the cloud-based COLOSSUS towards the end of 2019 and bring the service online in the first few months of 2020.

“Once the service starts, it will run continuously, just like the CORS stations themselves,” adds Michael. “Our goal is for COLOSSUS to become a key player in GNSS performance monitoring, building up a database of all anomalies that occur and their consequences in terms of constellations, geographical regions and receiver types, to give users, service providers, and regulators an informed sense of how much ‘trust’ to place in these systems.”