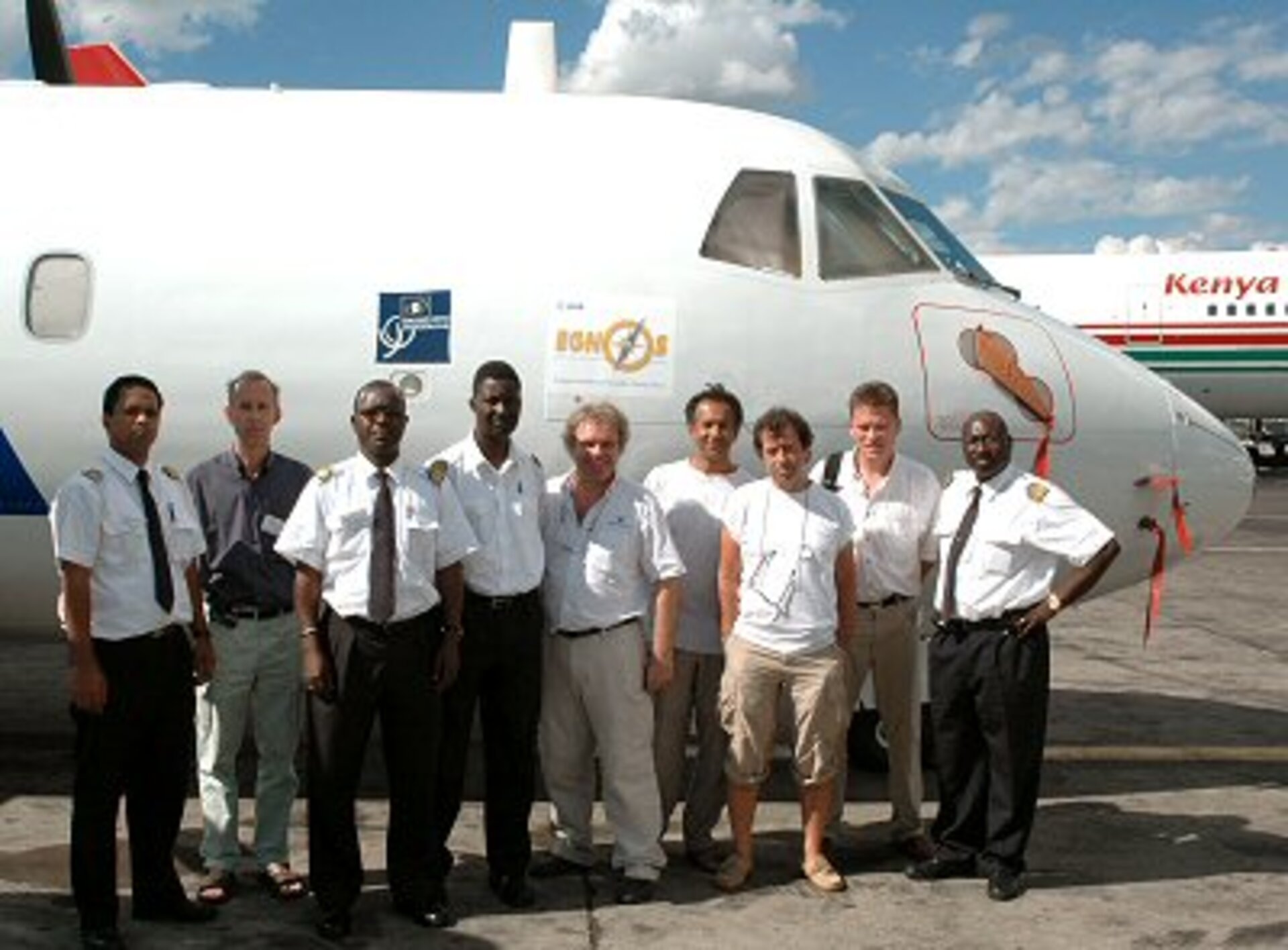 A pioneering flight from Dakar to Mombasa using the European Geostationary Navigation Overlay Service (EGNOS), the European satellite navigation system that corrects and improves GPS data, was a complete success.

Africa was crossed at its widest part with a plane using this accurate and guaranteed positioning system provided by the EGNOS test bed signal, to navigate and make landings.

Over the past years several demonstrations have taken place at different African airports but this was the first journey from west to east Africa, from the Atlantic ocean to the Indian ocean. It was a journey of more than 7000 kilometres that had no problems.

The ATR 42 was specially equipped to receive and analyse the EGNOS test bed signal broadcast through the Inmarsat IOR–E satellite. It went through Niamey in Niger, Ndjamena in Tchad and Bangui in the Central African Republic before reaching Kenya, in Nairobi then Mombasa. The flight took more than 20 hours but then speed did not matter, the objective was to demonstrate a plane using EGNOS to ensure a safe trip.

Some landings were momentous. The conventional landing support system was working only on one runway of some airports but EGNOS allowed the plane to take the shortest route for its landing operations.

Inside the plane, an EGNOS receiver from Thales Avionics translated EGNOS test bed signals from the antenna mounted on the roof of the plane. Computers connected to the receiver transformed this into information that helped the pilots in their flight operations. They were able to carry out approaches with vertical guidance and land with help from space. EGNOS data and all manœuvres have been recorded and will be closely analysed later by the French space agency (CNES) in Toulouse.

This flight fully demonstrated that the Interregional Satellite Based Augmentation System (ISA), the EGNOS extension over Africa, is the tool that meets the needs of the African continent. It can help to reinforce air traffic safety and make approaches with vertical guidance for safe landings, which should help prevent what is one of the major causes of accidents according to OACI statistics called ground collision during landings approaches.

EGNOS is a joint programme of the European Space Agency, the European Commission and Eurocontrol, the European Organisation for the Safety of Air Navigation. It is the first step for Europe in satellite navigation, paving the way for Galileo, the first civil positioning global system.

These demonstrations across Africa were made in the framework of the Programme for Development and Demonstration of Applications for Galileo and EGNOS (ProDDAGE) in cooperation with the Galileo Joint undertaking (GJU), set up by ESA and the European Commission.

In association with these trials a presentation day was held in Nairobi where different experts from ESA, GJU, International Civil Aviation Organization (ICAO), French civil aviation authority (STNA - DGAC) and European Satellite Services Provider (ESSP) explained the interest of satellite navigation for air traffic and introduced EGNOS operations and aviation safety-of-life services in Africa, as well as describing the financial benefits of EGNOS for aviation in Africa.