ESA’s Aeolus satellite, which carries the world’s first space Doppler wind lidar, has been delivering high-quality global measurements of Earth’s wind since it was launched almost a year ago. However, part of the instrument, the laser transmitter, has been slowly losing energy. As a result, ESA decided to switch over to the instrument’s second laser – and the mission is now back on top form.

Developing novel space technology is always a challenge, and despite the multitude of tests that are done in the development and build phases, engineers can never be absolutely certain that it will work in the environment of space.

Aeolus is, without doubt, a pioneering satellite mission – it carries the first instrument of its kind and uses a completely new approach to measuring wind from space.

The instrument, called Aladin, not only comprises the laser transmitters, but also one of the largest telescopes ESA has put into orbit and very sensitive receivers that measure the minute shifts in wavelength of light generated by the movement of molecules and particles in the atmosphere caused by the wind.

Aladin, works by emitting short, powerful pulses of ultraviolet light from a laser and measures the Doppler shift from the very small amount of light that is scattered back to the instrument from these molecules and particles to deliver vertical profiles that show the speed of the world’s winds in the lowermost 30 km of the atmosphere.

While scientists and meteorology centres have been thrilled with the data produced by Aeolus, the first laser’s energy was becoming a concern – and in June, energy levels dipped to the point that the quality of the wind data was set to be compromised.

Tommaso Parrinello, ESA’s Aeolus mission manager, said, “With the power from the first laser declining, we decided to turn it off and activate the second laser, which the instrument was equipped with to ensure we could address an issue such as this.

“Switching to the second laser appears to have done the trick so we’re back in business. And, we are confident that the instrument will remain in good shape for years to come.”

Denny Wernham, ESA’s Aeolus instrument manager, added, “The great news is that the second laser’s energy is, so far, very stable, which is what we expected since this laser is actually better than the first. This is because we have more scope to adjust it in orbit to retain the performance needed.

“I would like to stress that despite the first laser’s drop in energy, it worked for nearly a year and provided a vital dataset for our stakeholders. It accumulated nearly one billion shots, which is a record for a high-power ultraviolet laser in space, and we can always go back to it if we need to later in the mission.”

The European Centre for Medium Range Weather Forecasting (ECMWF) is also enthusiastic about the data now being delivered.

Michael Rennie at ECMWF, said, “We were very happy to see the wind data after the switch, and given the fact that when Aeolus was using its first laser we could see that it can improve our weather forecasts off-line, we are expecting even better results with the new setup.

“Towards the end of the year, we hope that we will be feeding data from Aeolus into our forecasts in real time.” 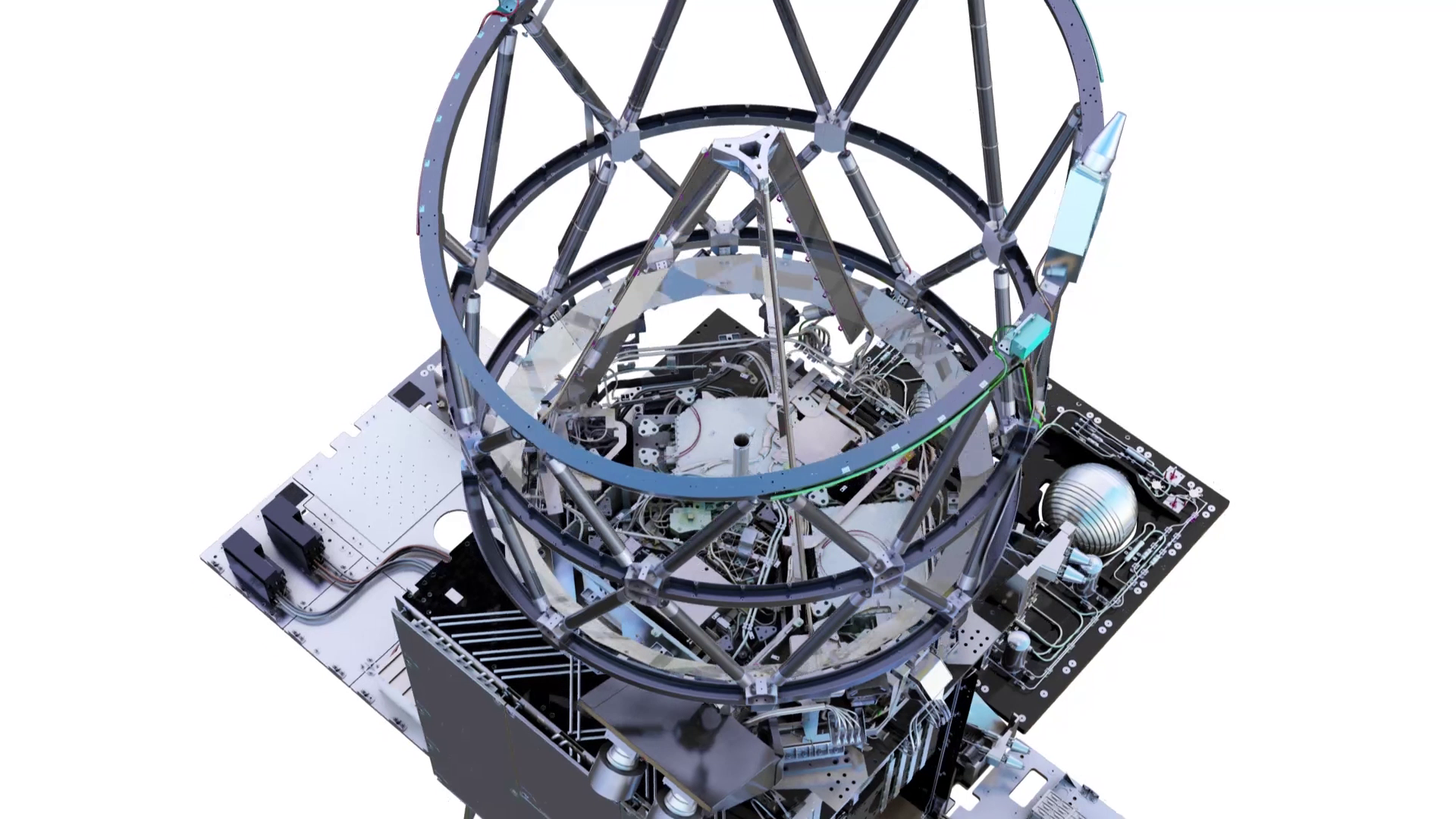 “We are very much looking forward to seeing several weather-forecast impact assessments by European, American and Asian meteorological centres at a meeting with our community in September 2019.

“These assessments compare the impact of Aeolus with the impact of measurements by other weather satellites and observations in the World Meteorological Organization Global Observing System.

“Towards the end of 2019, further scientific studies will also start using Aeolus wind observations to learn more about the role of winds in the atmosphere–land–ocean system and how small and large-scale winds will alter as our climate changes.”