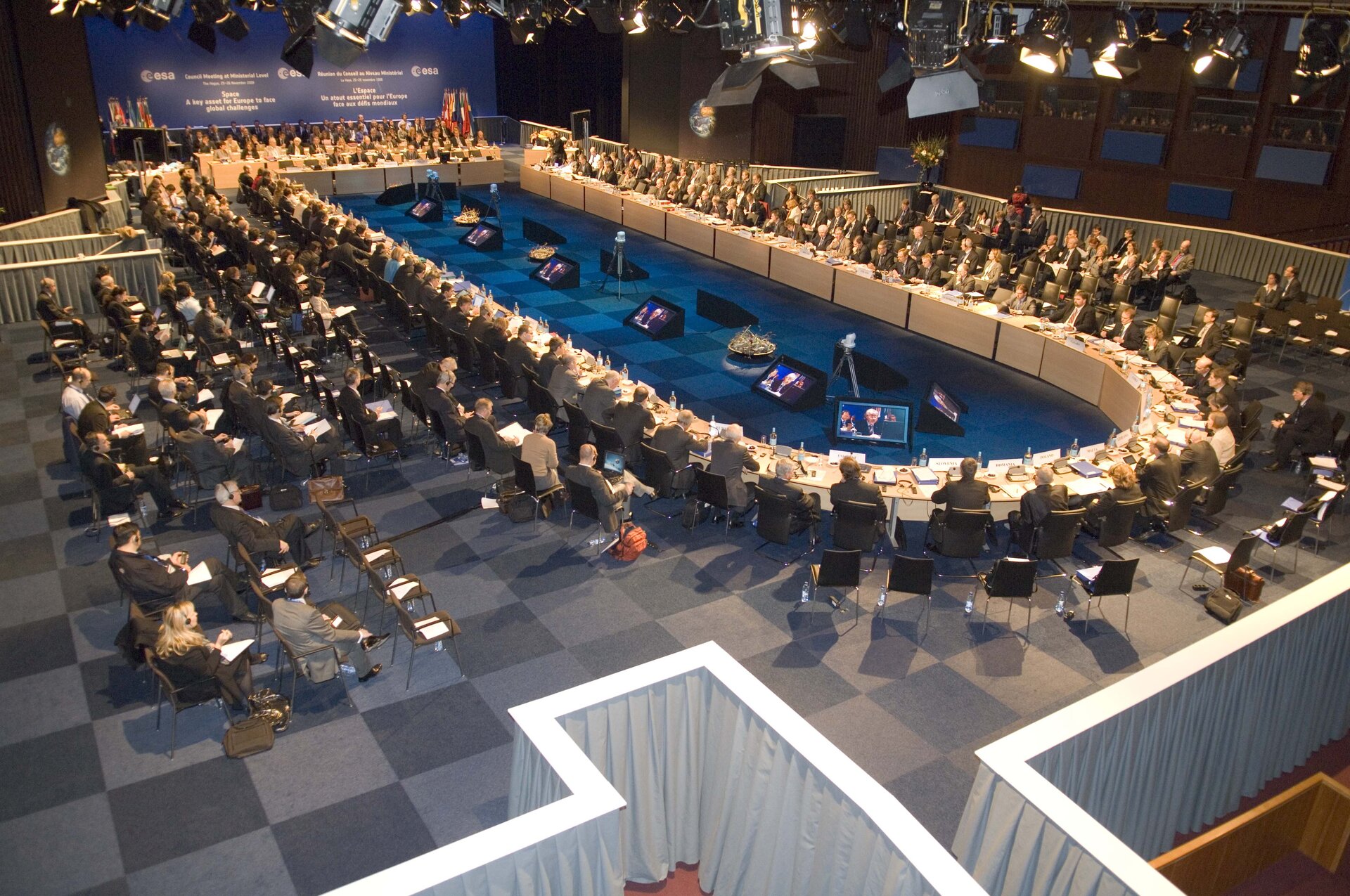 The importance of the role that GMES is playing was clearly demonstrated at ESA's Ministerial Council meeting held at the end of November, with Ministers from ESA's Member States pledging over €830 million to Segment 2 of the GMES Space Component.

The latest ESA Council meeting at Ministerial level took place on 25-26 November in the Netherlands. Ministers in charge of space activities from the Agency's 18 Member States and Canada met to agree on new initiatives in several fields and to endorse the next phases of a set of ongoing programmes.

One of main topics discussed was the subscription to Segment-2 of the GMES Space Component, which comprises five types of new satellites called Sentinels developed by ESA specifically to meet the needs of GMES, so-called Contributing Missions and the associated Ground Segment infrastructure. ESA has been mandated as the development and procurement agency for the family of Sentinel satellites and the related Ground Segment. ESA is also responsible for coordinating the overall GMES Space Component including access to data from the GMES Contributing Missions from ESA's Member States and EUMETSAT.

The GMES Space Component has been organised in two implementation phases: Segment 1 and Segment 2. The second phase, Segment 2, will complete the development of the initial series of Sentinel satellites and will ensure operational access to Earth observation data from Contributing Missions for the user community. Segment 2 spans the period 2009-2018, overlapping with the ongoing Segment 1 (2006-2013).

At the end of the two-day meeting, ESA Member States had agreed put up €831.4 million (based on 2008 economic conditions), which amounts to 97% of what was being requested and makes GMES one of the highest subscribed programmes at the Ministerial Council meeting.

"Despite the current financial crisis, GMES has received strong political and financial support by the ESA Ministerial Conference. This makes sense, because GMES will provide high-tech jobs, both in fields of space technology and within areas relating to the Ground Segment infrastructure," says Josef Aschbacher, Head of ESA's GMES Space Office.

Segment 2 of the GMES Space Component covers the following activities:

In conclusion, the remarkable success reached during this Ministerial Conference paves the way to build up the operational GMES Space Component over the next 10 years.