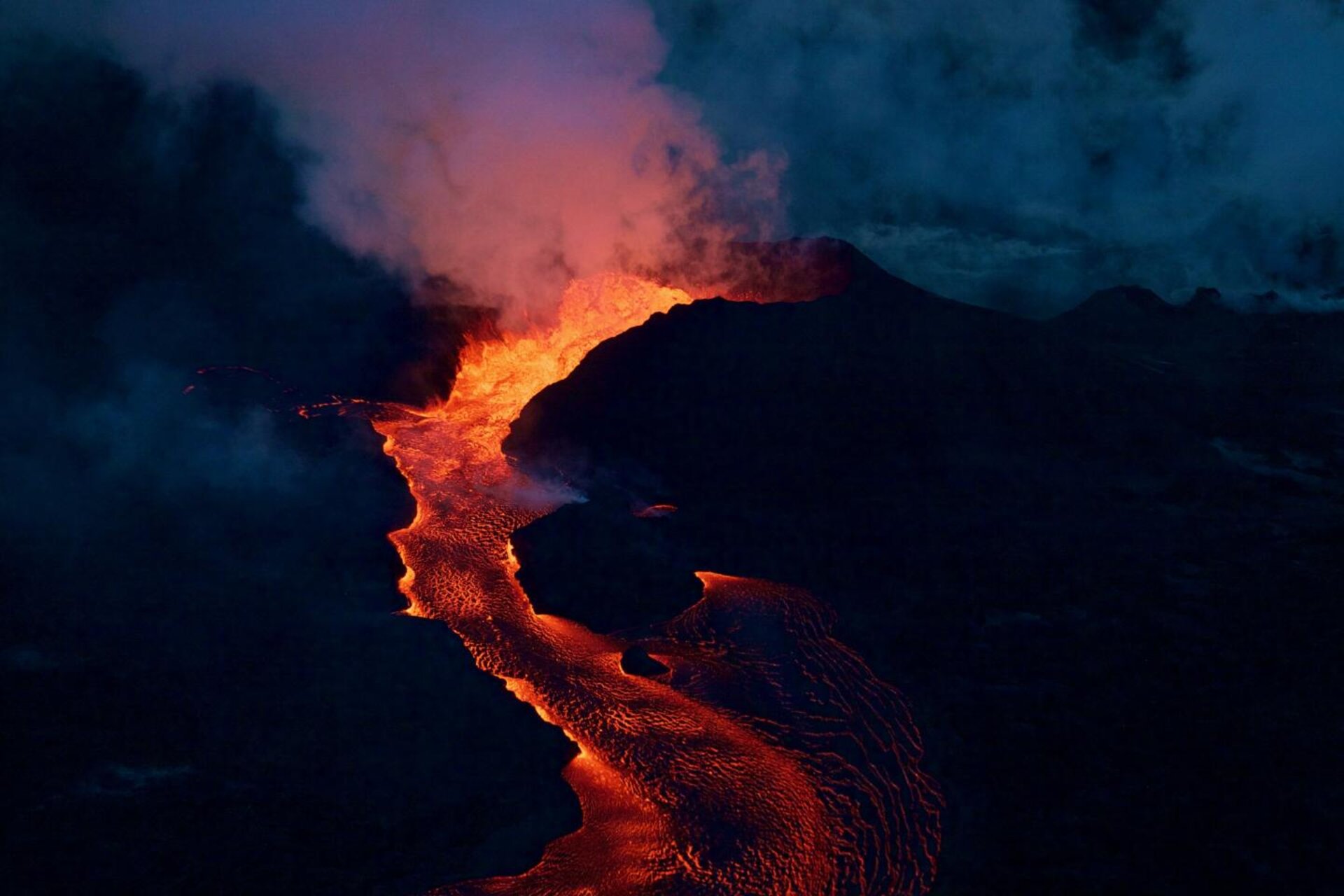 The notion that rain could lead to a volcanic eruption may seem strange, but scientists from the University of Miami in the USA, have used information from satellites, including the Copernicus Sentinel-1 mission, to discover that a period of heavy rainfall may have triggered the four month-long eruption of Hawaii’s Kilauea volcano in 2018.

Producing about 320 000 Olympic-sized swimming pools’ worth of lava that reshaped the landscape, destroyed hundreds of homes and caused the collapse of the summit caldera, the 2018 eruption was one of the most destructive in Kilauea’s recorded history.

A paper published recently in Nature proposes a new model to explain why this eruption happened. The authors, Jamie Farquharson and Falk Amelung from the University of Miami’s Rosenstiel School of Marine & Atmospheric Science, suggest that heavy rainfall may have been the culprit.

In the months before the eruption, Hawaii was inundated by an unusually prolonged period of heavy, and at times extreme, rainfall.

The rainwater would have found its way through the pores of the volcanic rock and increased the pressure within – decreasing the rigidity of the rock and allowing magma to rise to the surface.

Falk Amelung said, “We knew that changes in the water content in the Earth's subsurface can trigger earthquakes and landslides. Now we know that it can also trigger volcanic eruptions. Under pressure from magma, wet rock breaks easier than dry rock. It is as simple as that.”

Using a combination of ground-based and satellite measurements of rainfall, Farquharson and Amelung modelled the fluid pressure within the volcano's edifice over time – a factor that can directly influence the tendency for mechanical failure in the ground, ultimately driving volcanic activity.

This is not an entirely new theory, but it was previously thought that this could only happen at shallow depths. Here, the scientists conclude that the rain increased pore pressure deep down – at depths of up to 3 km.

The team’s results highlight that fluid pressure was at its highest in almost half a century immediately prior to the eruption, which they propose facilitated magma movement beneath the volcano. Their hypothesis also explains why there was relatively little widespread uplift around the volcano in the months prior.

“We would normally see the ground inflate, or ‘uplift’ before an eruption as the magma chamber swells. We used radar information from the Copernicus Sentinel-1 mission to see that the amount of inflation was low.

“This lack of substantial inflation suggests that the intrusion–eruption could not only have been triggered by an influx of fresh magma from depth, but that it was caused by a weakening of the rift zone. The six-day repeat observations from the Sentinel-1 mission were key to our research.

“A fact that must be considered when assessing volcanic hazards is that increasing extreme weather patterns associated with ongoing anthropogenic climate change could also increase the potential for rainfall-triggered volcanic activity.”

The Copernicus Sentinel-1 mission is a constellation of two identical radar satellites offering the capability to monitor ground deformation with the technique of interferometry. The constellation provides the capability to image part of the globe in the same geometry every six days – a repeat that is ensured for the Group on Earth Observation’s Geohazard Supersites, to which Hawaii islands belong. 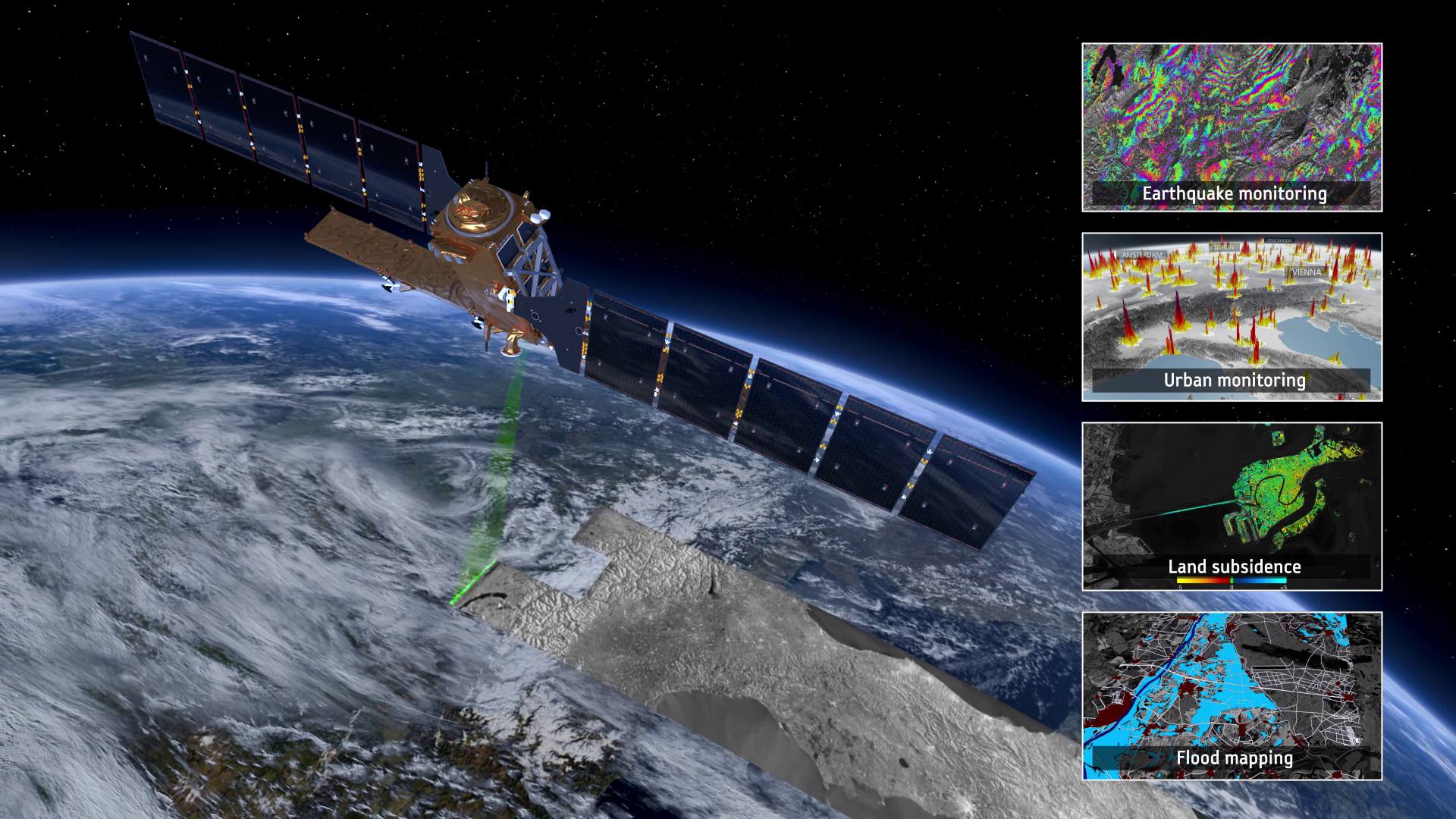