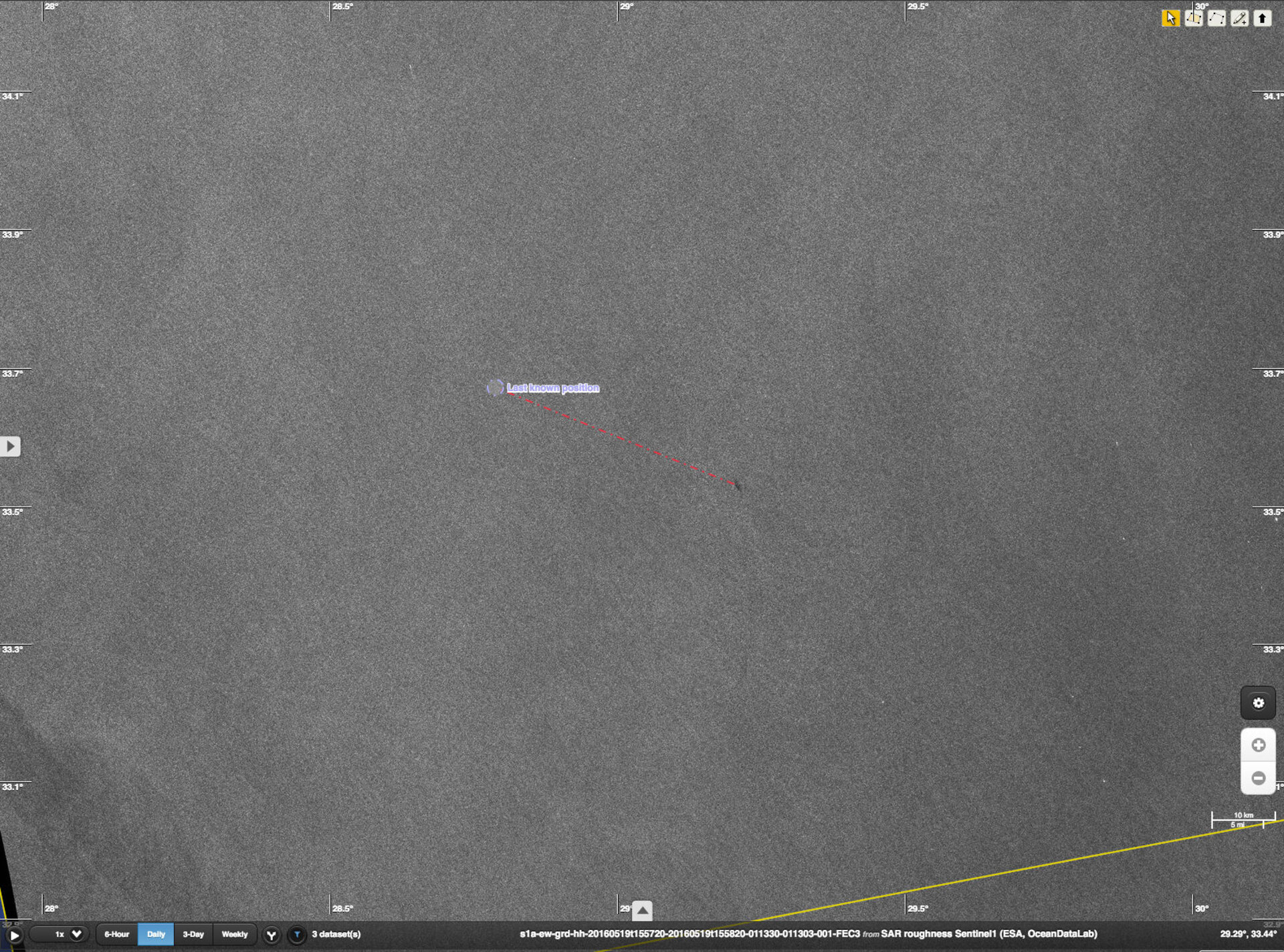 The Sentinel-1A radar satellite has detected a potential oil slick in the eastern Mediterranean Sea – in the same area where EgyptAir flight MS804 disappeared early yesterday morning on its way from Paris to Cairo.

ESA has given information related to the image to the relevant authorities to support the search operations.

Since the plane disappeared, ESA and experts have been scrutinising satellite data to see if anything could be found to indicate wreckage or oil floating on the sea.

There is, however, no guarantee that the slick is from the missing aircraft.

The Sentinel-2A satellite will pass above the same area on 22 May, and experts will continue to study the images returned for further clues.

Both Sentinel satellites were launched as part of Europe’s environmental monitoring Copernicus programme, led by the European Commission.

ESA and the European Commission have released this information in parallel.