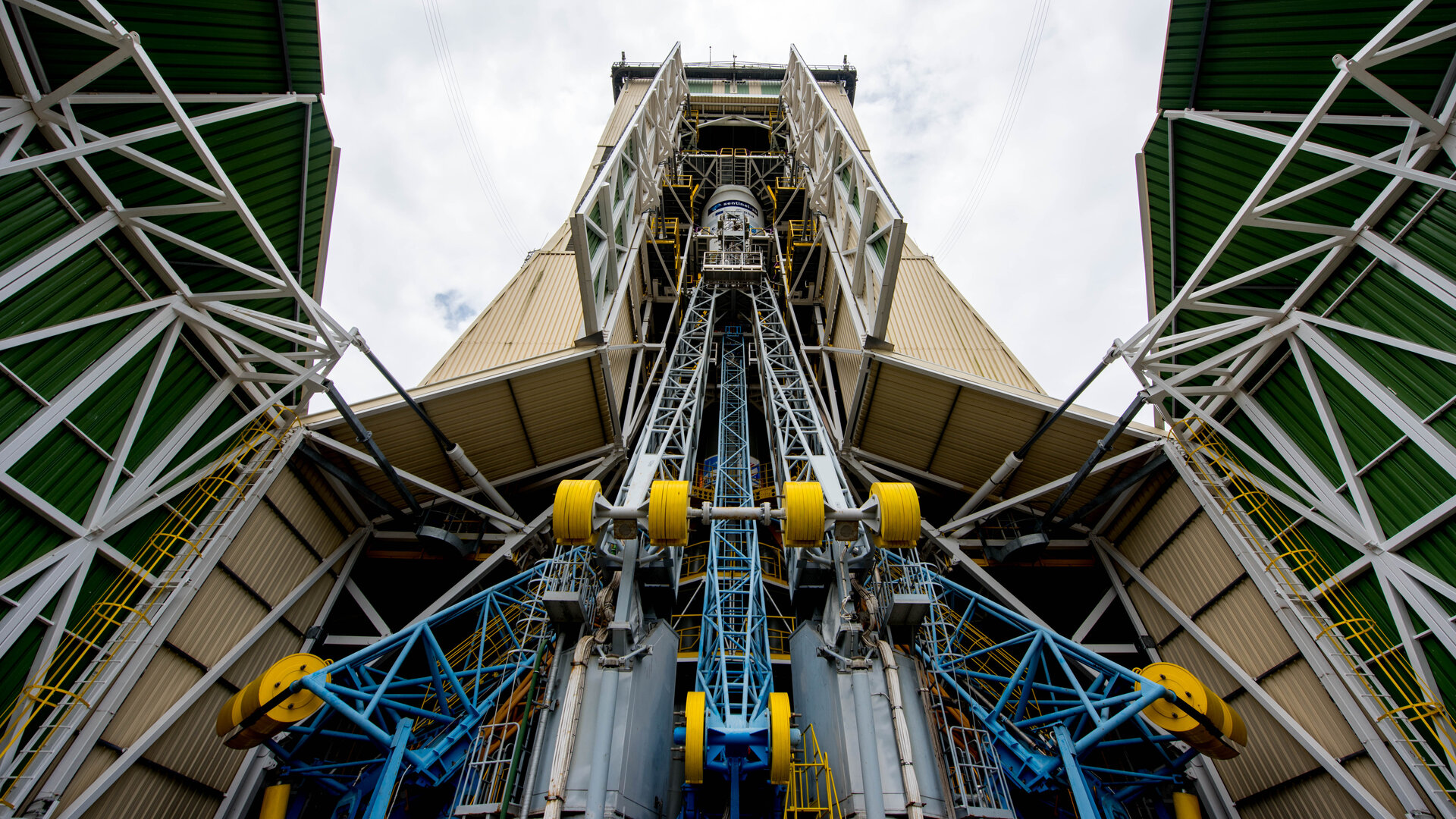 Following an anomaly observed during the countdown for the launch of Soyuz flight VS14 carrying Sentinel-1B, the countdown on 24 April was halted.

The launch vehicle and satellites were switched into a completely safe standby mode.

UPDATE 25 April 10:30 CEST: activities are underway in Kourou to replace the inertial unit of Soyuz VS14 that was affected by an outage during yesterday's launch countdown. The result of a new technical review is expected around 13:30 CEST/11:30 UTC. Liftoff of the Soyuz launcher is currently targeted for 25 April at 23:02 CEST/21:02 UTC, pending the outcome of the review.

UPDATE 25 APRIL 18:21 CEST: With the successful completion of operations to replace the Soyuz launcher’s inertial system that experienced a technical fault – along with the associated checks – Arianespace has decided to resume the launch chronology.