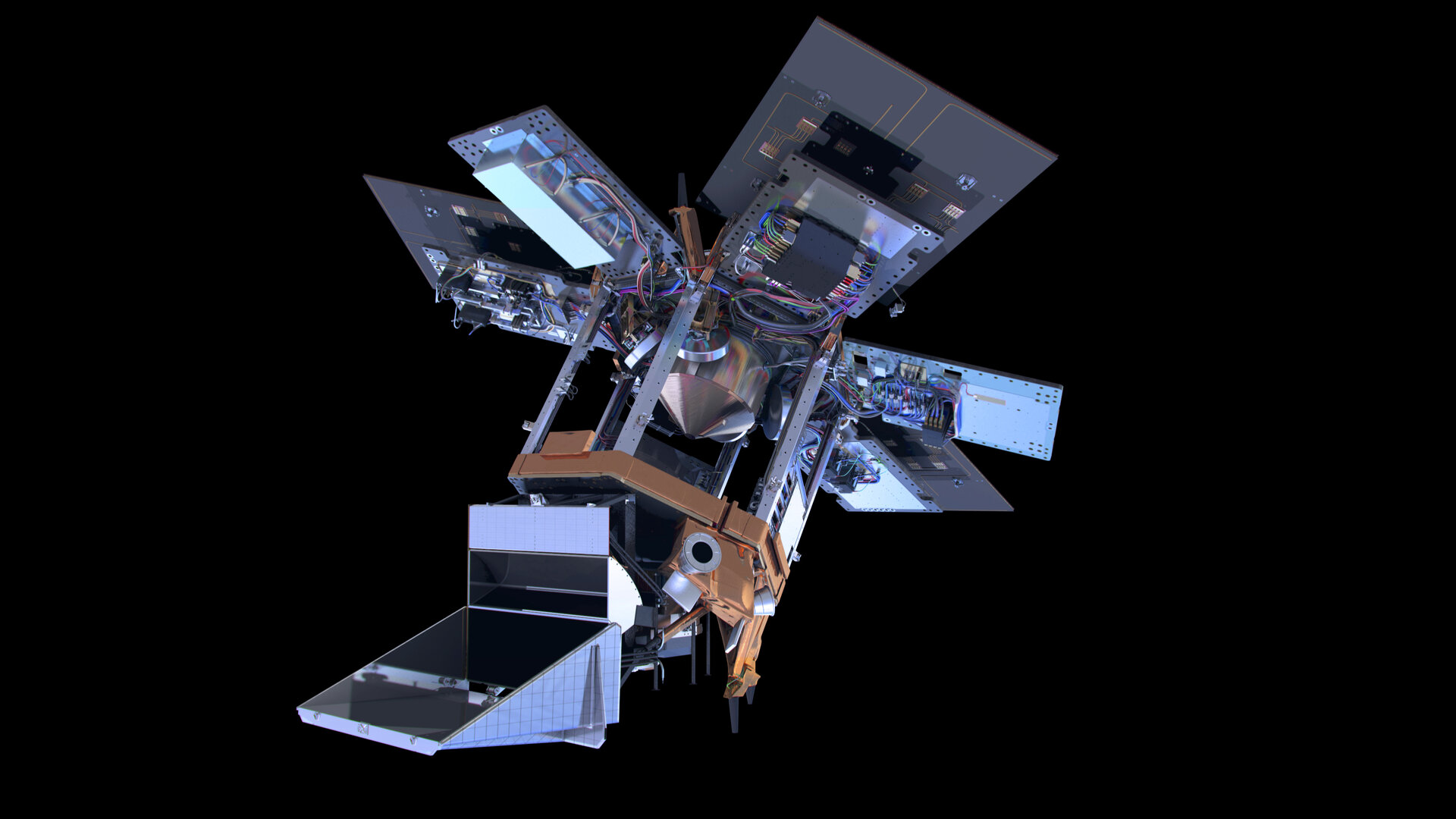 Sentinel-5P is a single satellite mission thanks to Tropomi’s 2600 km-wide swath, which allows the whole planet to be mapped every 24 hours.

The design of the satellite platform, which was led by Airbus Defence and Space in Stevenage, UK, is based on the Astrobus M. The same platform has been used for other satellites such as SPOT-6 and SPOT-7.

The mechanical platform consists of a hexagonal structure and three solar wings that are deployed once the satellite is in orbit. It houses the Tropomi sensor and instruments such as the optical assembly, radiant cooler and instrument control unit.

Tropomi is mounted on the ‘top floor’ of the platform and positioned at an angle of 30° to ensure the instrument points towards Earth. Antennas, startrackers and radiant cooler are also mounted on the top floor. The propulsion system, which is a monopropellant hydrazine system, has a capacity of 82 kg with four 1 N thrusters in two redundant pairs.

The satellite flies in a Sun-synchronous orbit 824 km above Earth and in ‘loose formation’ with the US NASA–NOAA Suomi-NPP weather satellite. Loose formation here means that Sentinel-5P flies 3.5 minutes behind Suomi-NPP and the reason for this is that the Suomi-NPP Visible/Infrared Imager and Radiometer Suite provides a colocated high-resolution cloud mask, which is important for calculating methane. However, other synergies are expected as a result of this orbit formation.

The mission is the result of close collaboration between ESA, the European Commission, the Netherlands Space Office, industry, data users and scientists. It was designed and built by a consortium of 30 companies under the leadership of Airbus Defence and Space in the UK and in the Netherlands.