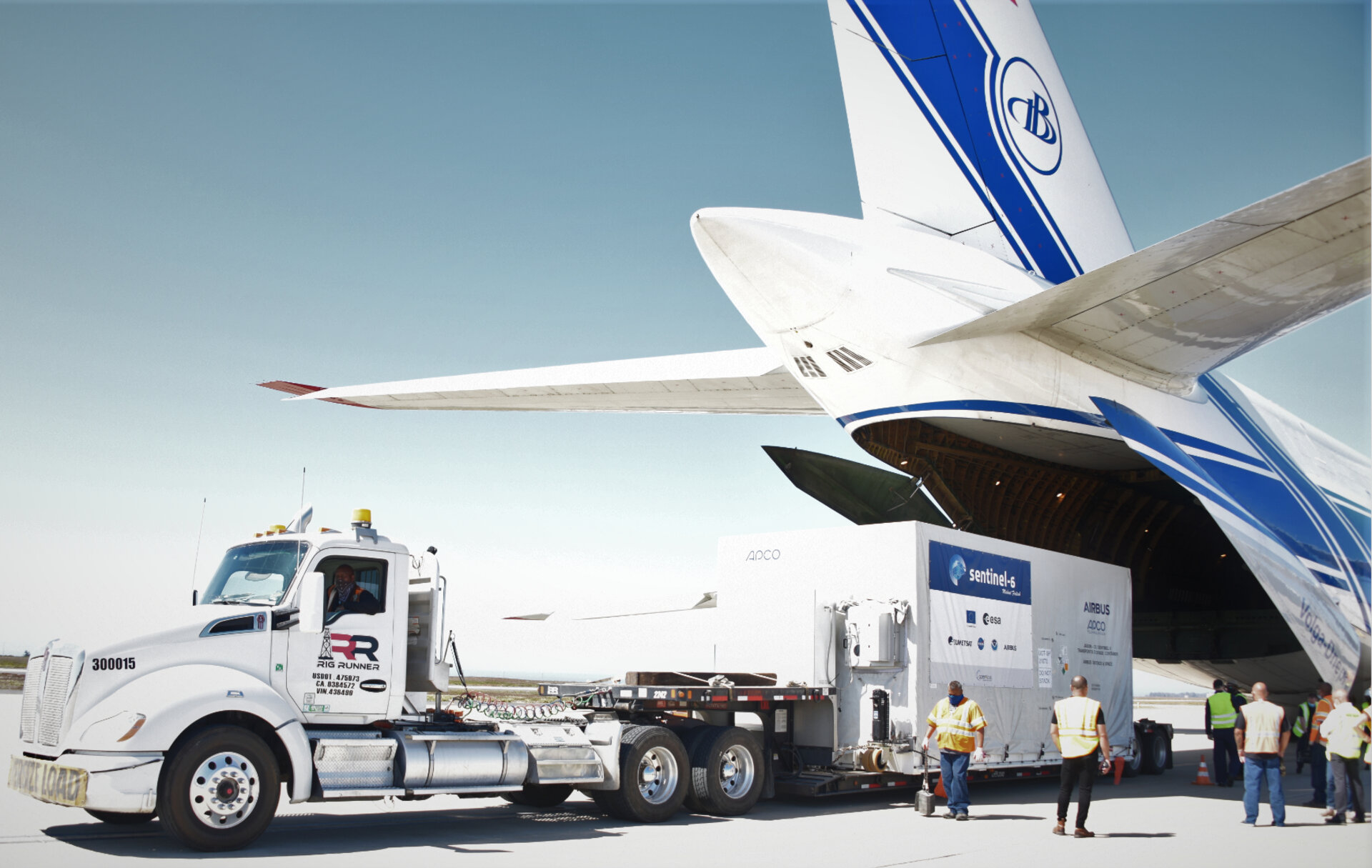 The launch of the Copernicus Sentinel-6 Michael Freilich satellite – designed to measure the height of the ocean – is getting tantalisingly close. The satellite has now safely touched down at the Vandenberg Air Force Base in central California, where mission teams are busily preparing the satellite for its upcoming journey.

After its departure from Munich Airport on 23 September, the Antonov cargo plane landed on the Vandenberg Air Force Base runway at 10:37 local time on 24 September. After a short taxi run, the spacecraft container and support equipment were safely offloaded onto trucks and the convoy took on the 25 km transfer to the SpaceX Payload Processing Facility.

The spacecraft container was then rolled into the facility airlock for cleaning prior to entering the clean room. In the coming weeks, the satellite will be fuelled and encapsulated in the launcher fairing and will be prepared for flight.

Copernicus Sentinel-6 Michael Freilich is the first of two identical satellites to be launched sequentially to continue observations of sea level change. It will be the first ESA-developed satellite to be given a ride into space on the SpaceX Falcon 9 rocket – the world’s first orbital class reusable rocket. The satellite is targeted for liftoff on 10 November 2020 from the Vandenberg Air Force Base near Lompoc in California, US. Renamed in honour of Michael H. Freilich, the former director of NASA’s Earth Science Division, the satellite will continue the legacy of the Jason series missions and extend the records of sea level into its fourth decade. The satellite will map 95% of Earth’s ice-free ocean every 10 days and provide crucial information for operational oceanography and climate studies.

ESA’s Director of Earth Observation Programmes, Josef Aschbacher, commented, “As one of the most severe consequences of climate change, global sea levels are rising and putting millions of people at risk. The Copernicus Sentinel-6 mission will take the lead in providing measurements of sea level so that rising trends can be monitored and key information can be supplied for important policy decisions.”

The satellite’s twin, the Sentinel-6B spacecraft, is scheduled to follow in 2025. The staggered launches will help to ensure the continuation of a decades-long record of sea level observations until 2030.

The Copernicus Sentinel-6 mission is a true example of international cooperation. While Sentinel-6 is one of the European Union’s family of Copernicus missions, its implementation is the result of the unique collaboration between ESA, NASA, EUMETSAT and NOAA, with support from CNES French space agency.