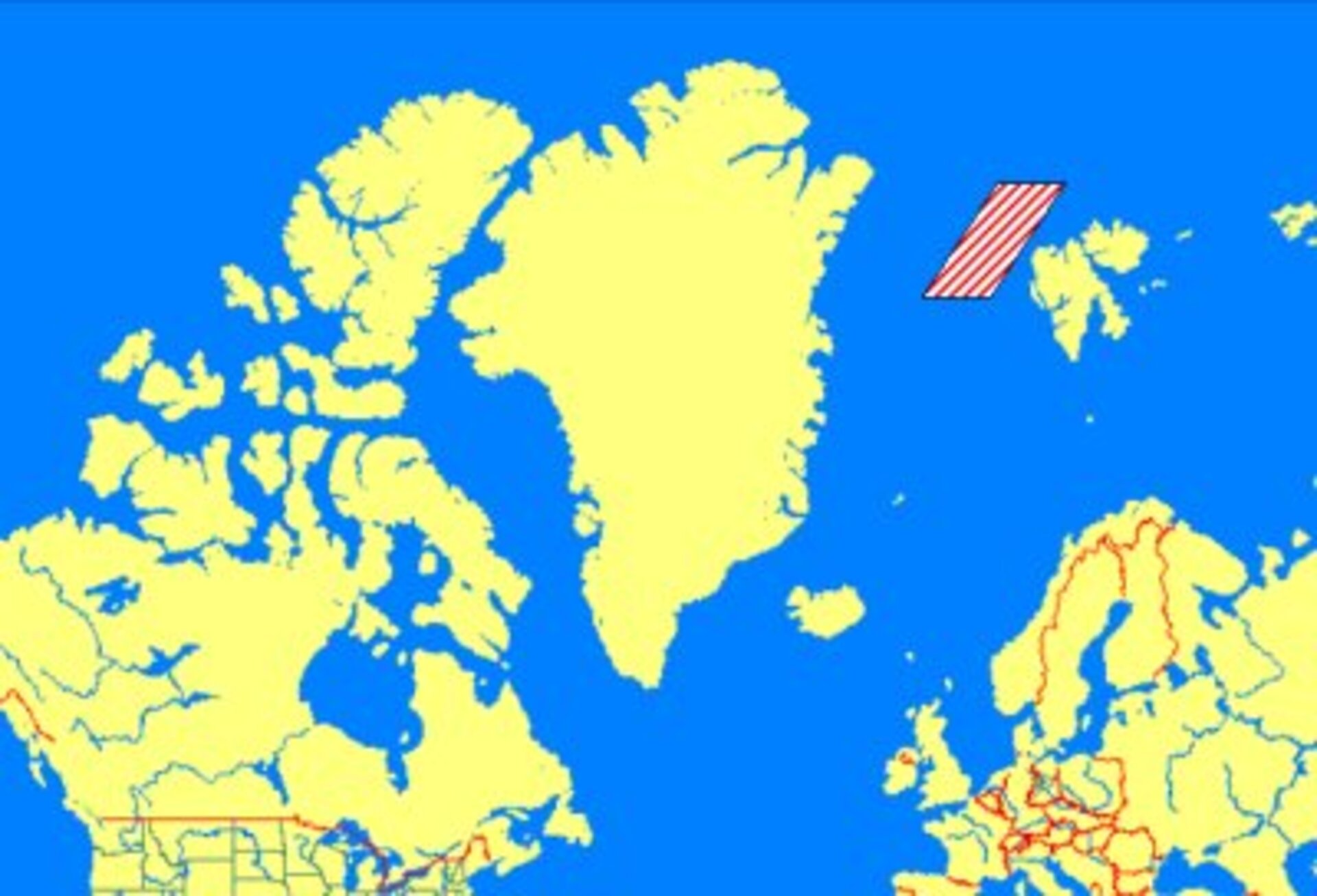 The first campaign dedicated to the validation of the products from the CryoSat Earth Explorer (due to launch in 2004) has just been approved and is now set to go ahead in April 2003.

The campaign, CRYOVEX (CRYOsat Validation EXperiment) will take place over the frigid arctic sea expanses to the north of Svalbard and between Svalbard and the north of Greenland - an area called the Fram Strait. The campaign will involve scientists from three separate institutes; the Geodynamics Department of the Danish National Survey and Cadastre Organisation (KMS), the Applied Physics Laboratory of the John Hopkins University (JHU) and the Alfred Wegner Institute (AWI).

One of the deciding factors for the campaign go-ahead is the fact that the icebreaker Polarstern will be present in the area. This vessel, operated by the Alfred Wegner Institute in Bremen is especially adapted for carrying out polar research programs. The presence of Polarstern means that additional instrumentation and personnel will be available to collect ice thickness measurements that will later serve as a reference with which to judge the accuracy of the airborne sensor retrievals.

The main goal of the CRYOVEX campaign is to quantify the accuracy with which CryoSat’s SIRAL altimeter will be able to track and map sea ice thickness and thickness changes, as well as investigate methods of improving the CryoSat retrieval results. During the campaign a variety of ice regimes and thicknesses will be sampled allowing researchers to assess the thickness retrieval performance of CryoSat over a wide range of ice conditions. The campaign activities will mainly focus on collecting overlapping airborne radar and laser altimeter swaths across the sea ice within 100 km radius of Polarstern.

The laser and radar altimeters will provide complementary information to help in the analysis of sea ice thickness retrieval; laser light is reflected from the surface of the snow or ice but because radar has a longer wavelength it will penetrate more deeply into the snow or ice layers. A comparison between laser and radar altimeter retrievals provides useful information about the penetration and interaction of the radar waves within the snow and ice cover and also helps quantify the level of errors associated with both techniques in the retrieval of sea ice thickness. The airborne measurements will be taken from a Twin Otter aircraft, which houses the laser altimeter developed by KMS. The D2P radar altimeter developed by JHU, which has already been used in previous ESA campaigns over Greenland, will be adapted and placed on the same aircraft.

A novel aspect of the campaign is the coordination of the airborne measurements with acquisitions taken from a helicopter housed on Polarstern. This helicopter carries an electromagnetic sounding instrument (EM Bird), which is able to measure the ‘true’ sea ice thickness across swaths of up to 100 km. By comparing the ice thickness retrievals from the radar and laser instruments with those measured by the EM Bird the absolute retrieval errors can be assessed and retrieval algorithms improved.

The first flights are scheduled to take place north of Svalbard on 5 April 2003, however, before they can take place a number of challenges are to be faced by all participants. These include, amongst other things, adapting the D2P radar altimeter for its new environment on the KMS Twin Otter plane and synchronising the flight paths of the Twin Otter and the EM Bird to maximise the overlap between the two sensors. This is especially difficult given the different swath widths of the sensors, the difference in airspeeds between the aircraft and helicopter (typically 250 km per hour for the Twin Otter and 100 km per hour for the EM Bird) and the fact that imaged ices flows will move with time – typically at speeds of 10 cm per second. CRYOVEX will serve as a precursor to other planned CryoSat validation campaigns and will provide a model for many of future validation activities over the sea.