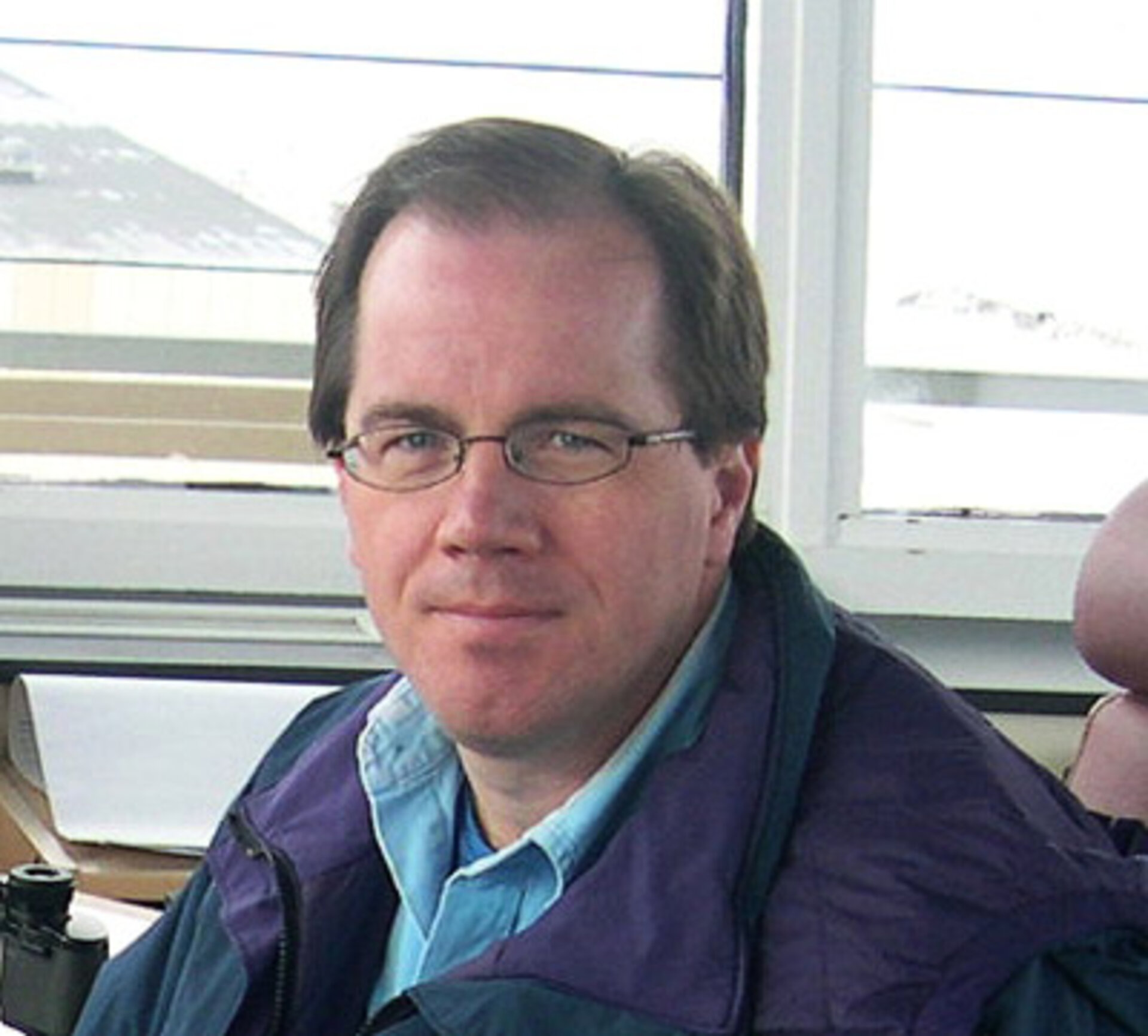 There is a lot more to the CryoSat mission than just the launch and operation of the satellite. Perhaps surprisingly, a key to the success of the Cryosat mission lies on the ground.

For the last two years researchers have ventured into some of the coldest, harshest environments on Earth to help ensure results from the spacecraft will be as accurate and precise as possible. These crucial activities will continue for the lifetime of the satellite, overseen by CryoSat Validation Manager Malcolm Davidson.

What is your role on the CryoSat team?

Validation in this context means in the first instance assessing the accuracy of the CryoSat products. For a satellite mission aimed at providing global maps of ice thickness changes over time - down to the centimetre level - such validation activities are essential.

Over time, we also plan to use the results from the experiments to improve the algorithms that ESA uses to transform the 'raw' measurements from CryoSat into ice thickness change maps that scientific and institutional users are interested in.

Satellite validation work is, however, quite unlike experiments in other scientific fields. We cannot use laboratories with controlled indoor environments. Instead CryoSat validation can only be done by going outdoors, travelling to inhospitable regions near the North and South Poles, collecting independent measurements of ice properties on the ground and from aircraft and comparing these to what CryoSat 'sees' from space.

This is where I come in. My validation work centres on preparing and coordinating dedicated validation experiments with participating scientists on the ground, from aircraft and helicopters, and - once launched - from the CryoSat satellite. I then follow the results of the analysis and ensure that these are fed back to ESA.

What is the general focus of CryoSat validation activities?

No measurement system is perfect and CryoSat is no exception. However, great care has gone into the design of the CryoSat mission and equipment. Now that the spacecraft is undergoing final testing, we know that the contribution of the measurement system to the overall uncertainties is small and relatively well characterised.

However, there is a second and more troublesome source of uncertainties are the geophysical uncertainties that affect the transformation of what we call Level 1b products – basically radar time delay measurements – into processed Level 2 products, containing parameters such as surface elevation or ice thickness. These stem from the complex and changing natures of ice and snow surfaces themselves.

A good example is how snow conditions change with location and time of year. This is known to affect the CryoSat signal, but it is very difficult to estimate how much without actually carrying out dedicated experiments to measure this phenomenon. In dry snow conditions, for instance, CryoSat will measure surfaces slightly below the actual surface of the snow because of penetration of the signal into the snow cover. For wet snow conditions, the opposite is true: no penetration will occur.

CryoSat validation work have been organised to assess these geophysical uncertainties through dedicated experiments. This is not easy! The ideal locations for such work are difficult and expensive to reach, extremely cold and require a lot of logistical preparation. In addition the scales at which information can be collected on the ground are totally incompatible with those of CryoSat.

Imagine a scientist who, having reached some point on the Greenland ice sheet with great difficulty, starts making measurements of the surface heights and snow properties and other useful validation parameters near his tent.

Unfortunately, taken alone, these measurements would be useless for CryoSat. Why? Because CryoSat provides information on thickness changes at a completely different scale, typically squares of 100 to 1000 square kilometres. This is why, to bridge the scales between the scientists on the ground, and CryoSat, validation experiments make extensive use of airborne measurements, which simulate CryoSat performance, but at a much higher resolution.

Of course adding aircraft increases the complexity of the experiments, presenting an additional challenge in my work, but in CryoSat validation there is no alternative to sending both ground teams and aircraft to collect measurements in cold and hostile places.

Who carries out these validation measurements?

We at ESA do not make the measurements ourselves, but rely instead on experts, polar scientists called Principal Investigators (PIs) who were selected through an Announcement of Opportunity (AO) for CryoSat calibration and validation.

Instead ESA takes the lead in coordinating all validation activities to ensure that the experiments are coherent and properly executed – for instance, ensuring that ground measurements are carried out at the same time as aircraft overflights – and then that the results are published and satisfactory to ESA.

In the case of CryoSat many of the PIs are polar scientists who are themselves looking forward to using products from the satellites. Their participation is essential to the success of validation, since for this particular mission experiments are often demanding: by the very nature of the mission, it takes place in the very far north, north of Greenland, the very far north of Norway and the north of Canada, in conditions that are tough.

There is also limited validation activity taking part in Antarctica. The PIs also work on analysing the huge volume of data that comes out of these ground campaigns.

In terms of experiments, the first major CryoSat Validation Experiment (CryoVex) took place in 2003, focused mainly on sea ice, and was followed by another one in 2004 that covered land ice.

These experiments are already providing important information and we are using the experience gained to tune our experiments after launch. There will then be a series of validation experiments after CryoSat launches that will cover both land and sea ice at the same time. For instance, the 2006 experiments involve scientists at five different locations in Canada, Greenland and Svalbard in Norway.

What is your involvement over the lifetime of the satellite?

CryoSat validation activities started well before the launch of the satellite itself. Our first experiments in 2003 and 2004 mainly addressed the design of the validation experiments to provide a head-start in the analysis of critical validation issues such as the variable penetration of the CryoSat signal into the ice.

Immediately after launch the verification of satellite measurements will start for real, and we will be involved in the Launch and Early Operations Phase (LEOP) that will culminate in the satellite declared operational. Following the LEOP, long-term validation continues for the lifetime of the satellite.

With CryoSat it is likely that mission data will eventually be reprocessed with enhanced algorithms that incorporate findings from our calibration and validation results, to maximise product quality and accuracy for the users.

If ground campaigns provide good information on the polar environment, why bother flying a dedicated satellite?

Earth Observation satellites are perhaps more costly than typical airborne campaigns. However, in terms of scale and continuity of observations there is no alternative to a satellite.

If you think about it, Cryosat travels at approximately seven kilometres per second, never stops measuring and the mission produces monthly maps of ice thickness or ice thickness change over the entire Northern and Southern Polar Regions.

The typical aircraft we use in validation, instead, travels at about 0.4 kilometres per second, requires refuelling every six hours and over the course of a three week validation campaign measures approximately 10 000 km. This is a lot, but still only covers a small fraction of the Northern and Southern Polar Regions.

So, to get a snapshot of a certain area at particular times aircraft are useful. This is how we use them in validation. To follow global environmental trends, however, we need the continuous coverage of the whole world, which can only be provided by a satellite. As a bonus with satellites you can fly in any conditions, even with high winds and bad weather and you never have to ask for flight permission!

How did you come to work at ESA?

Quite a story: I originally stumbled across Earth Observation remote sensing when studying for my B. Sc. in Physics at the University of Toronto. I remember being fascinated by the idea of 'sensing' conditions on or beneath the earth’s surface - I was studying geophysics at the time - from afar. The potential of satellites to monitor the environment was also very motivating. I was hooked.

After a brief stint as English teacher in Czechoslovakia, I got my M.Sc. in Remote Sensing and Image Processing at the University of Edinburgh. A PhD in Physics from the University of Bonn followed this, where I studied the scattering of radar waves emitted from advanced spaceborne radar systems on the Earth's surface. Before coming to ESA, I was working at for a space research institute in Toulouse, still studying the electromagnetic response of natural substances. This has been quite useful for CryoSat related work.

At ESA, I have now been working for almost four years in the Campaigns Unit within the Earth Observation Department of Science and Applications.

The work is quite varied. In addition to Cryosat validation work, I initiate and coordinate airborne campaigns addressing a whole range of issues that arise through other satellite mission developments.

It never stops amazing me how seemingly difficult mission related questions such as what is the signal level, how accurate and robust is the algorithm we are using and so on can be answered through carefully tailored experiments collecting airborne and in-situ measurements.

What have you most enjoyed about working on CryoSat so far?

The creative side of CryoSat validation work appeals to me the most. Many of the validation experiments are unique. They have never been carried out before, certainly not at this scale, and the experiment concepts had to be designed from the ground up together with participating scientists.

Working directly with the scientists is also something I appreciate very much. My hope is that, through this validation work, CryoSat will produce the most accurate measurements of ice thickness changes ever, allowing us to quantify the impact of global change on our environment.