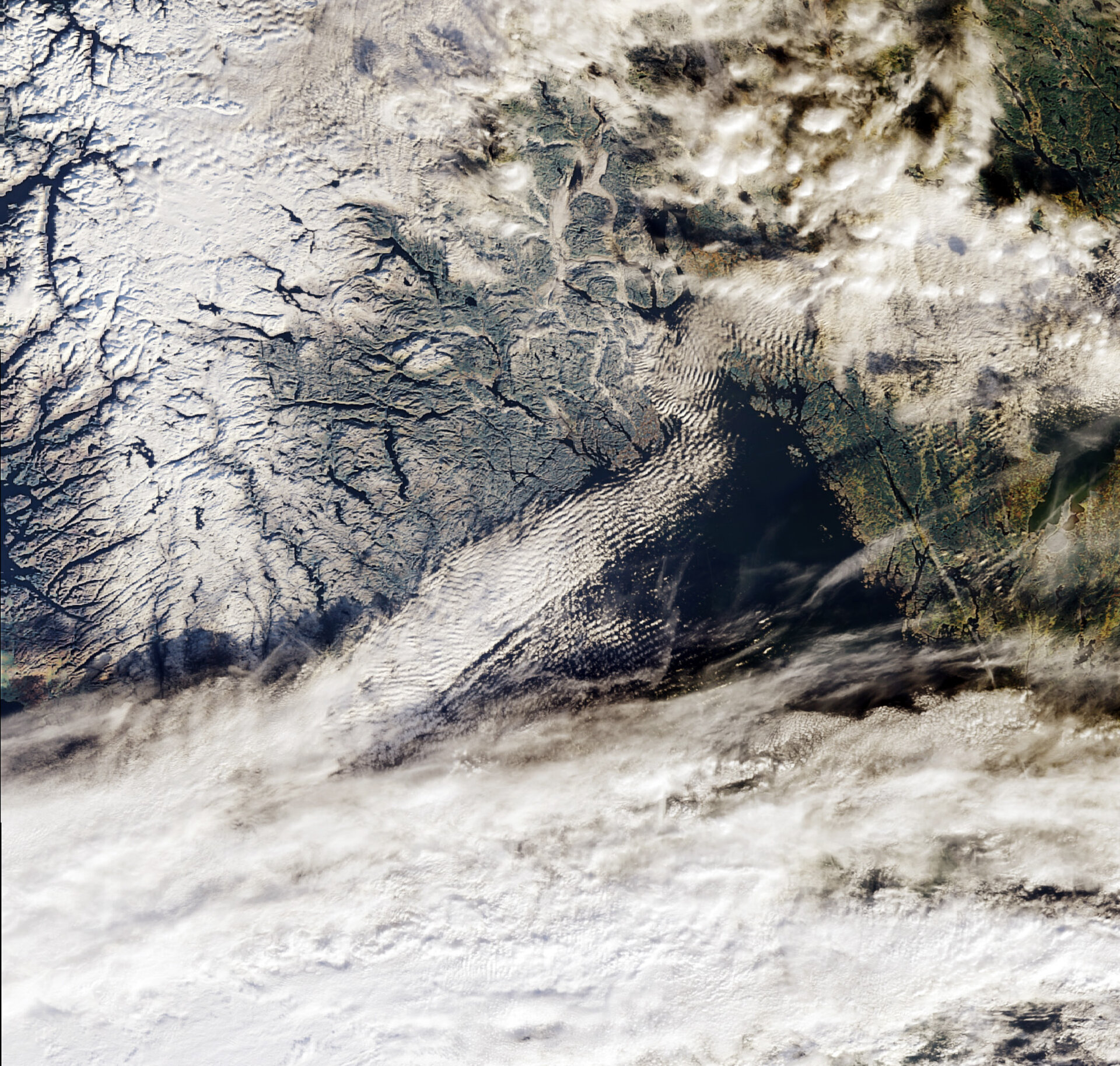 This Envisat image features a snow-covered southern Norway with the capital city of Oslo covered by clouds in the upper right corner.

Norway - located on the Scandinavian Peninsula in northern Europe - is Europe's northernmost country and is famed for its fjords. Some of these are visible at the left side of the image as dark lines between the white and snow-covered land. The fjords were carved out during a succession of ice ages.

In 2005, Nærøyfjord and Geirangerfjord, located in south-western Norway, were included on the United Nations Educational, Scientific and Cultural Organization (UNESCO) World Heritage List. ESA and UNESCO have long cooperated on the monitoring of World Heritage sites using space technology, including Earth Observation satellites, to ensure their protection.

In addition to Norway, the Scandinavian Peninsula is comprised of Sweden and Finland. With a length of 1 850 km and a width ranging from 370 to 805 km, it is the largest peninsula in Europe. Due to its northern location, winters start early in Scandinavia as the early snow cover in this November image illustrates.

However, the peninsula is also often referred to as the ‘Land of the Midnight Sun’ because of a natural occurring phenomenon that allows the sun to shine for at least 24 hours. The opposite phenomenon, called polar night, occurs in winter when the sun stays below the horizon for extended time periods.

These phenomena only occur in latitudes north of the Arctic Circle. As the Earth orbits the sun, its tilt places the North Pole towards the sun in the summer and away from the sun in the winter.

This image was acquired by Envisat's Medium Resolution Imaging Spectrometer (MERIS) instrument on 6 November 2008, working in Full Resolution mode to provide a spatial resolution of 300 m.