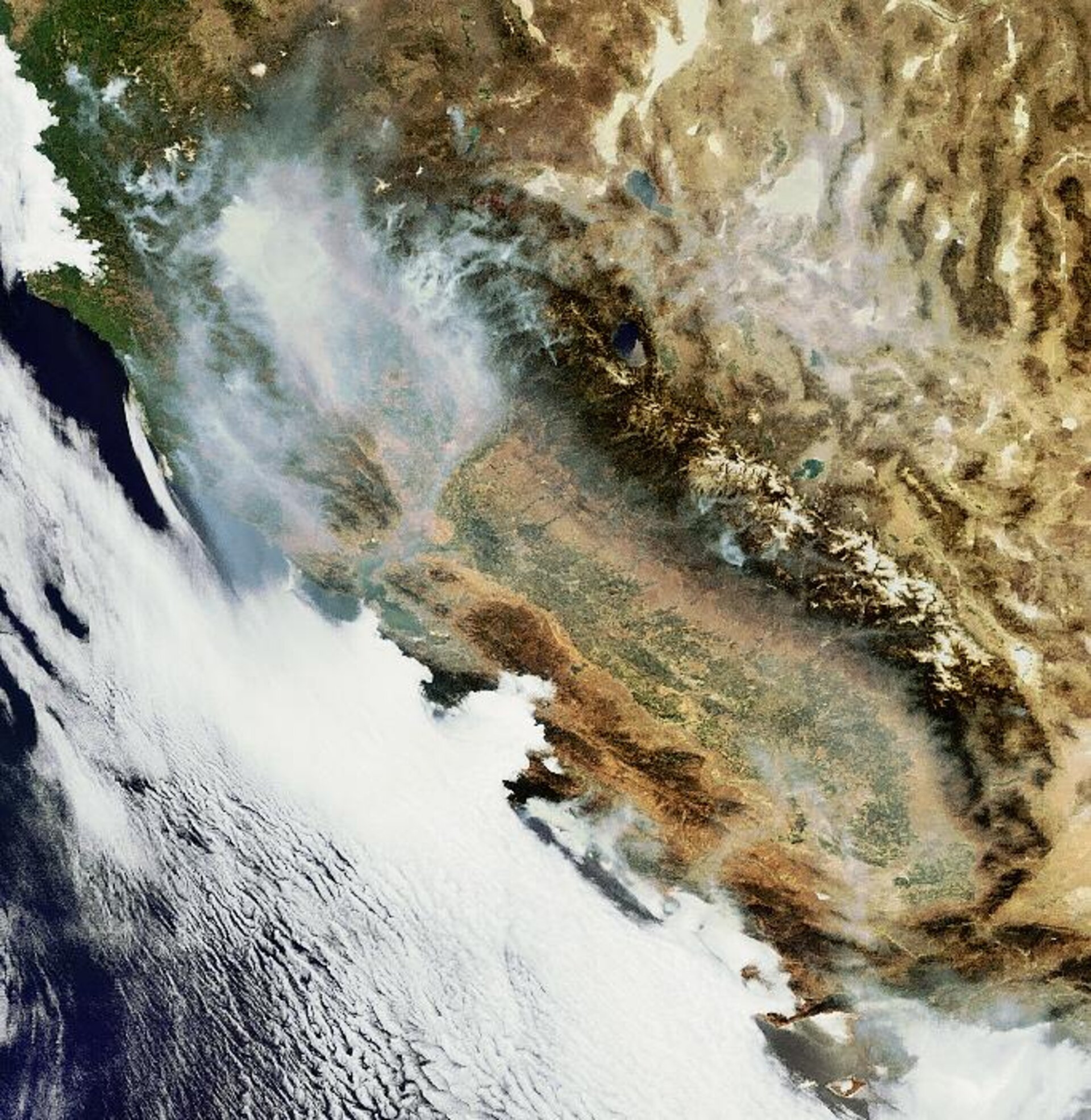 Billowing smoke from Northern California wildfires that have burnt more than 1400 km² of land is visible in this Envisat image acquired on 25 June 2008.

More than 1000 wildfires have been burning in the area for over a week. Most of the fires were started by dry lighting and spread quickly due to this year’s lower-than-average rainfall and record levels of parched vegetation.

Long-burning fires are not unusual in California but the high number of fires burning simultaneously this year is unprecedented. More than 19 000 fire-fighters are trying to contain and extinguish the blazes and for the first time in over 30 years the California National Guard ground troops have been called to help.

Satellites are not only able to detect the smoke billowing from major fires but also the burn scars left in their wake. The fires themselves appear as 'hotspots' when the satellites’ sensors scan the Earth's surface in infrared wavelengths.

By combining satellite-derived information, such as surface temperatures, land and vegetation cover and vegetation water content, with meteorological forecasting data, such as air temperature, wind speed and rainfall, forests can be systematically monitored to assess fire risks and allow fire-fighters to plan fast and efficient actions to extinguish flames.

This image was acquired by the Medium Resolution Imaging Spectrometer (MERIS) instrument while working in Full Resolution mode to provide a spatial resolution of 300 metres.