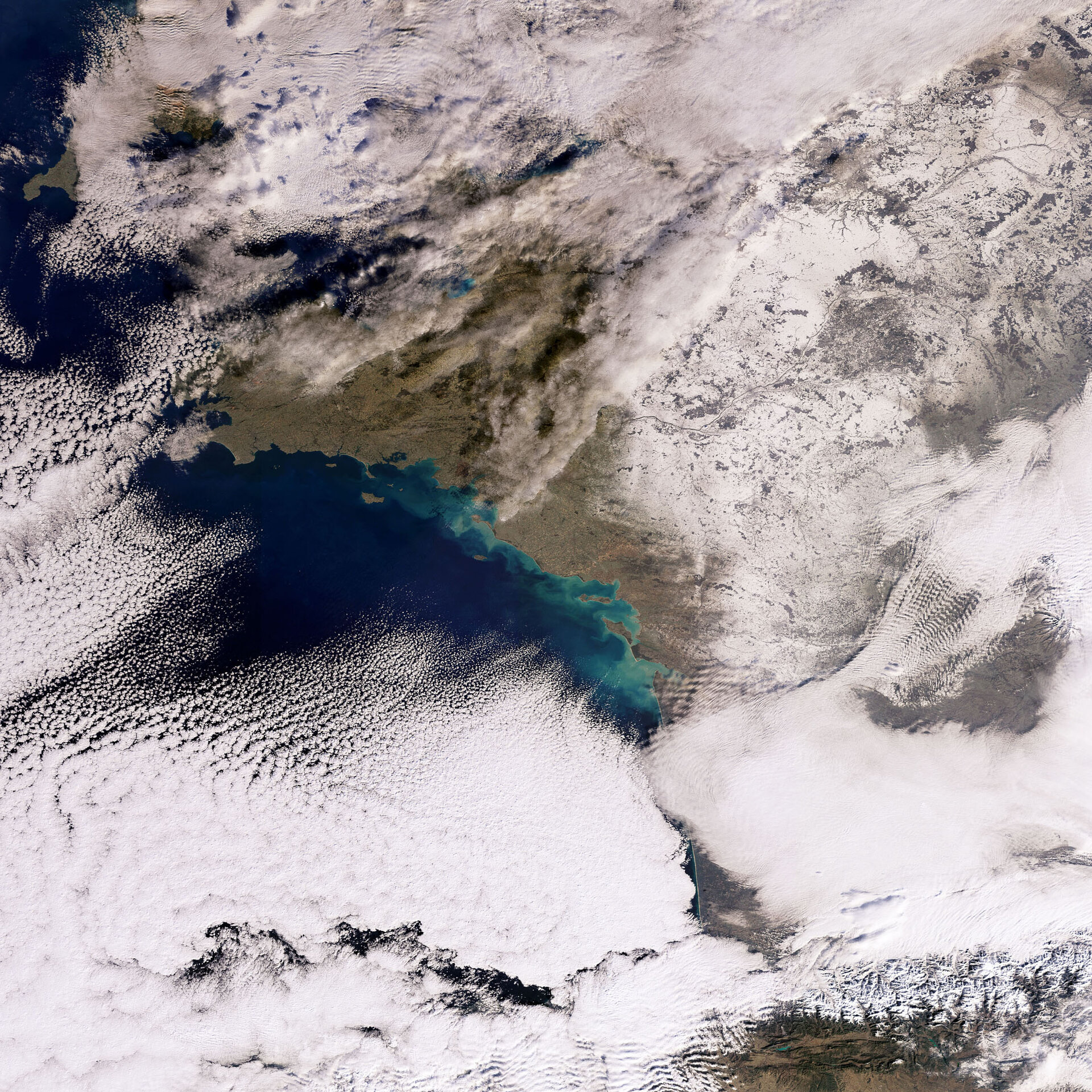 Heavy snowfall in the past days has caused chaos in parts of France and other European countries. Combined with unusually low temperatures, weather conditions delayed trains and planes, and caused difficult road conditions. In central France over 100 000 households were without electricity for extended periods of time.

This satellite image shows most of central and northern France covered by a white layer of snow, while regions closer to the Atlantic coast remain largely snow free.

At the lower edge of the image the Pyrenees mountain range is visible surrounded by thick layers of clouds bringing further snowfall to the region.

Towards the upper right Paris can just be seen under the cloud layer at the top edge of the image. The structures visible in the snow are due to different land-use patterns. While agricultural and grass covered areas remain snow-covered and largely white, the snow has fallen off trees in forested regions, which therefore appear darker.