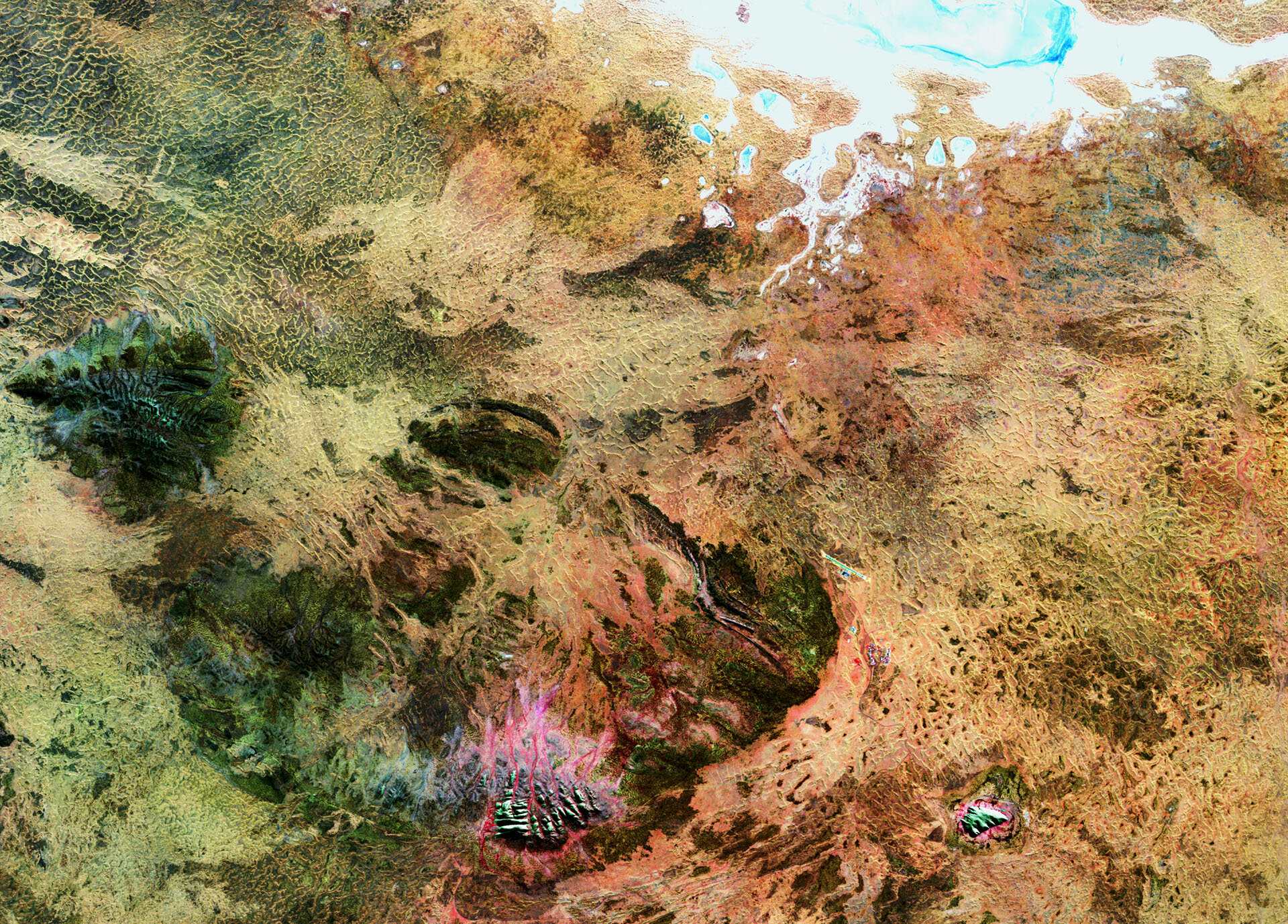 This Landsat image takes us to the Amadeus Basin in the heart of the Australian outback.

Two large rock formations are visible on the lower section of the image. Sacred to the local Aboriginal people, the Anangu, these sandstone 'bornhardts' are the main features of the Uluru-Kata Tjuta National Park, a UNESCO World Heritage site.

The group of 36 domed rock formations to the west (left) is the Kata Tjuta with the tallest dome, Mount Olga, reaching 1066 m above sea level.

Forty kilometres east of Kata Tjuta is Ayers Rock, known to the Aboriginals as Uluru. Surrounding the formation are springs, waterholes, caves and ancient paintings.

Local legend claims that misfortune will fall on those who remove rocks from Uluru. It has been reported that many who had taken this risk later attempted to mail the rocks back to lift the curse.

The white area at the top of the image is the salt-crusted Lake Amadeus. Although it contains hundreds of millions of tonnes of salt, the remote location renders it nearly impossible for harvesting.

This area in the southern part of the Northern Territory is home to a variety of animals, including the red kangaroo, emu, marsupial mole, various bats and over 70 species of reptiles.

The Thematic Mapper on Landsat 5, jointly managed by NASA and the US Geological Survey, acquired this image on 18 May 2011. ESA supports the Landsat series as a Third Party Mission, meaning it uses its ground infrastructure and expertise to acquire, process and distribute Landsat data to users.