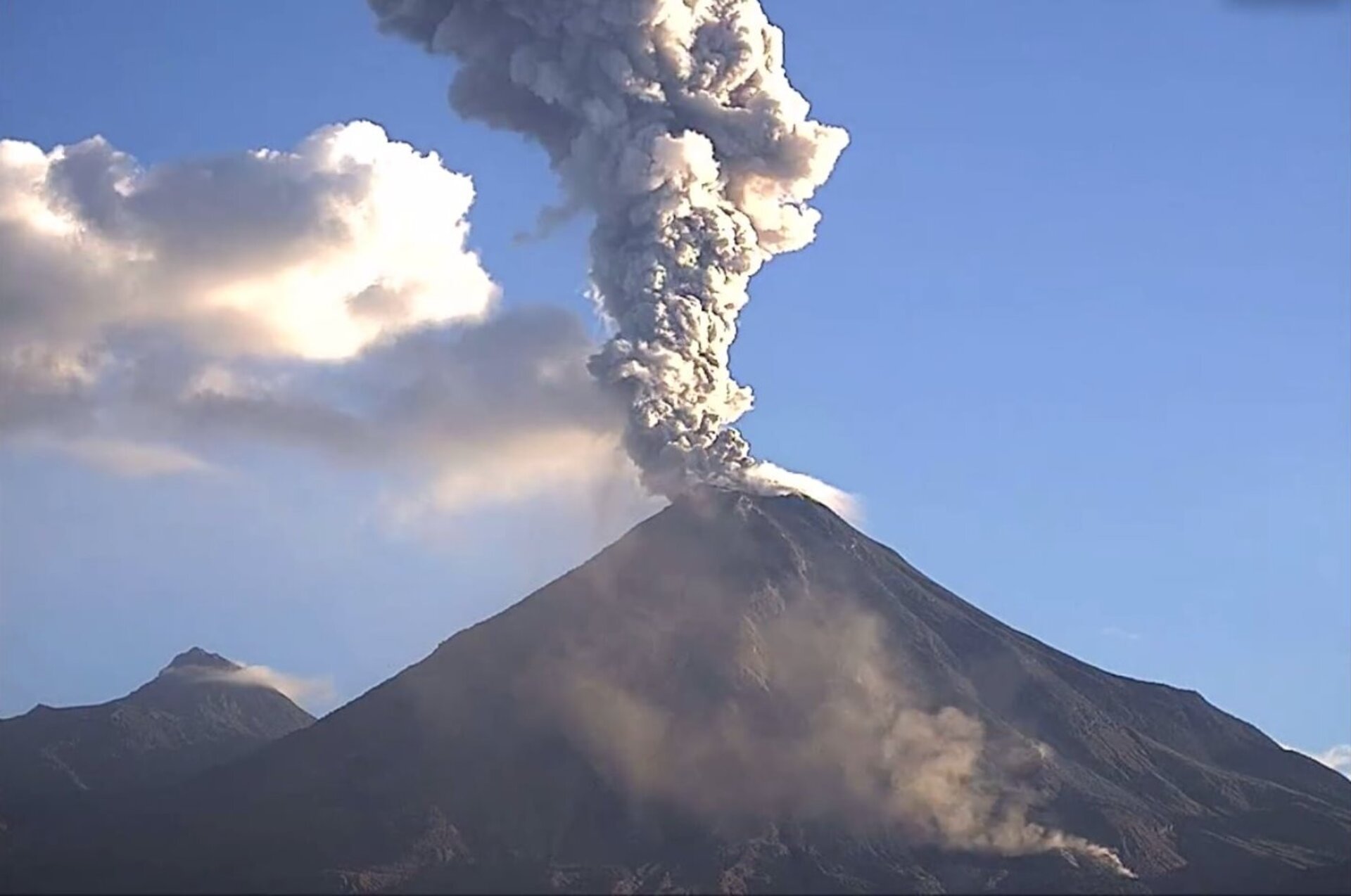 As hundreds flee lava and ash spewed from Mexico’s Colima volcano, its continuing eruption is being tracked not only by ground instruments but also from space. Starting last month, Colima is one of 22 active volcanoes worldwide being monitored by satellites.

The latest observations by Europe’s Sentinels and the US Terra and Landsat satellites are being processed automatically for the rapid delivery of key parameters to geohazards researchers.

“Within the geohazards arena, this kind of systematic service is really something new,” explains Fabrizio Pacini of Terradue, which operates the new service through ESA’s online, cloud-based Geohazards Exploitation Platform, or GEP.

“Researchers already use Earth observation data, of course, but usually on an on-demand basis from a single sensor. We make use of a range of sensors to cover multiple sites on a continuing basis.”

The service is based on automated processing chains developed by GEP research partners, running on the GEP itself, then made available through it.

“Running our processing algorithm on the GEP saves valuable time – no manual browsing, downloading or processing is needed,” adds INGV’s Fabrizia Buongiorno. “Time series data can be speedily extracted from a single co-registered pixel, to highlight gradual trends within a narrow area.”

The second, mainly post-eruption service is vegetation vigour maps, to assess the health of plant life and agriculture around volcanoes. Developed by Noveltis (France), this service relies on the processing of optical images, including Sentinel-2 data.

The third is high-resolution change monitoring, developed by the DLR German Aerospace Center, based on 50 m-resolution time-series radar imagery from Sentinel-1.

“Radar images can be acquired at night and in cloudy conditions, offering a significant advantage for volcano monitoring,” says Virginie Pinel of France’s IRD Research Institute for Development.

“Variations between images can be used to map eruptive deposits such as lava and explosive deposits, without anyone needing to access the affected area. Knowing the extent of eruptive deposits is crucial for assessing a volcanic event and any follow-on landslide risk.”

Out of around 1500 potentially active land volcanoes, the 22 targets were selected through a combination of recent activity and scientific interest. They include some volcanoes that already have plentiful ground monitoring infrastructure – including Italy’s Vesuvius, designated a permanent Geohazards Supersite National Laboratory by the international Group on Earth Observations – as well as others in Latin America and Southeast Asia, sometimes with less ground data availability.

These trial services were set up in response to a 2015 ESA workshop on Satellite Earth Observation and Disaster Risk Reduction. More than 500 million people worldwide are estimated to live within the potential exposure range of a volcano.

The GEP is one of six Thematic Exploitation Platforms developed by ESA to serve data user communities. As a new element of the ground segment delivering satellite results to users, these cloud-based platforms provide an online environment to access information, processing tools, computing resources and tools for community collaboration. The aim is to enable the easy extraction of valuable knowledge from vast quantities of environmental data now being produced by Europe’s Copernicus programme and other Earth observation satellites.