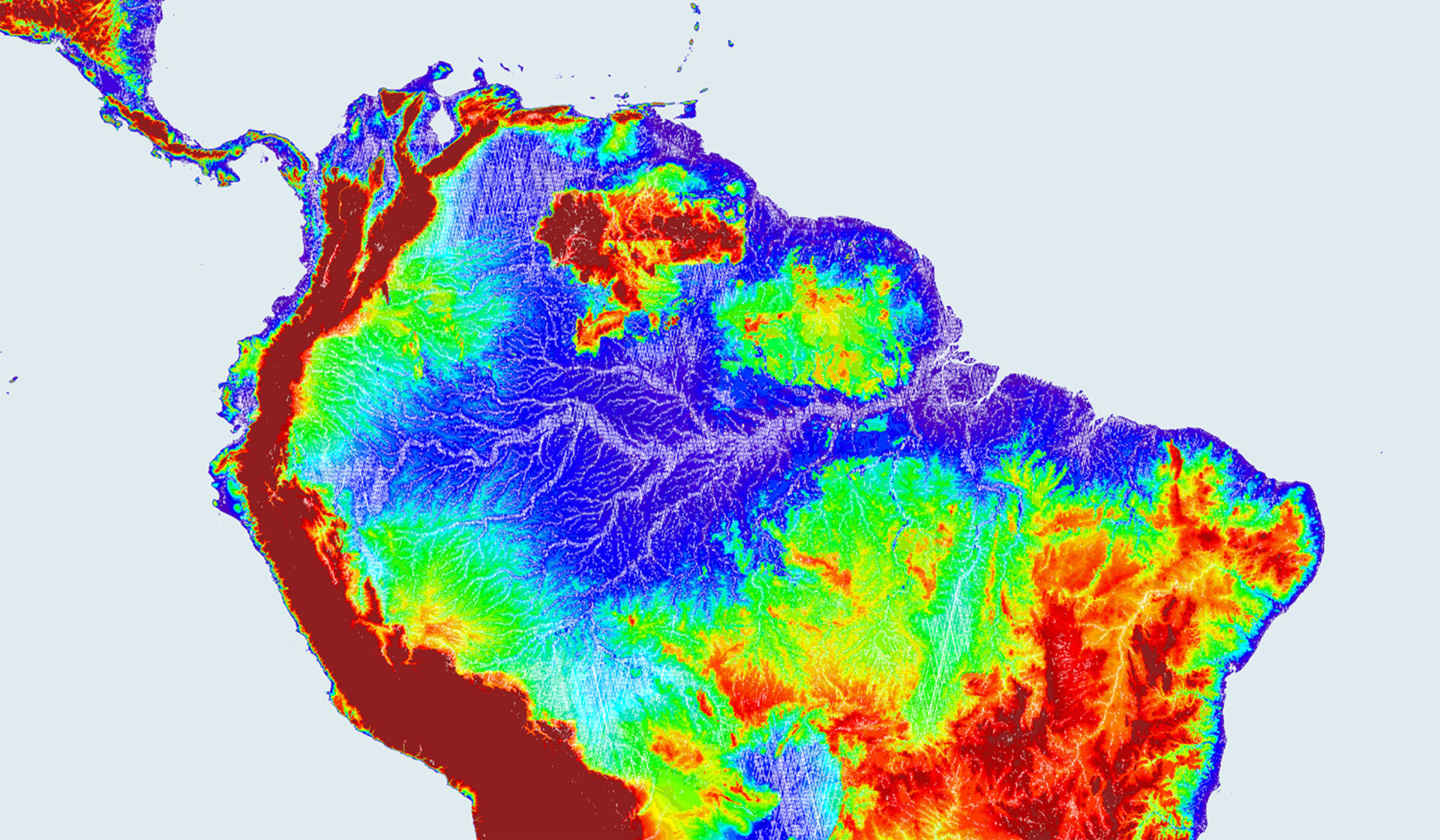 For over a decade ESA has used satellites to bounce radar pulses off the Earth and precisely measure the height of ocean and land surfaces. But inland lakes and rivers have been effective blind spots for radar altimetry – at least until now.

Next week ESA previews a new product range called River and Lake Level from Altimetry that provides previously inaccessible information on water levels of major lakes and rivers across the Earth's surface, derived from Envisat and ERS radar altimeter measurements.

Hydrologists can use this new data to monitor river heights around the planet, assess the impact of global warming and help with water resource management. Inland water bodies are important as key sources of both water and food for the people living round them. They are also often regions of maximum biodiversity and represent early indicators of regional climate change.

A new processing algorithm has been developed to extract rivers and lakes level findings from raw radar altimeter data. The development effort was headed by Professor Philippa Berry of the UK's De Montfort University: "The new radar altimeter product is a great leap forward for hydrologists. It gives them a new tool to study both the historical changes in water table levels and critically important data to use in forecasting models of water availability, hydroelectric power production, flood and drought events and overall climate changes."

The Radar Altimeter 2 (RA-2) flown aboard ESA's Envisat environmental satellite is the improved follow-on to earlier radar altimeters on the and spacecraft. From its 800 km-high polar orbit it sends 1800 separate radar pulses down to Earth per second then records how long their echoes take to return – timing their journey down to under a nanosecond to calculate the exact distance to the planet below.

Radar altimeters were first flown in space back in the 1970s, aboard NASA's Skylab and Seasat. These early efforts stayed focused firmly on the oceans, as less-smooth land surfaces returned indecipherable signals. But as the technology improved reliable land height data became available. has an innovative 'four-wheel drive' tracking system allowing it to maintain radar contract even as the terrain below shifts from ocean to ice or dry land.

But rivers and lakes have proved tougher targets. Large lakes and wide rivers such as the Amazon often returned tantalising 'wet' radar signals, but echoes from nearby dry land distorted most such signals.

The De Montfort University team proceeded by painstakingly combing through many gigabytes of raw data acquired over rivers and lakes, taking note of the type of echo shapes that occurred. They sorted different echo shapes into distinct categories, then created an automated process to recognise these shapes within 'wet' signals and eventually extract usable data from them.

"To do this, the shape of each individual echo has to be analysed, and the exact time corresponding to the echo component from the lake or river must be calculated," explained Professor Berry. "As well as identifying and removing the echo from surrounding land, this process is complicated by the frequent occurrence of islands and sandbars, particularly in river systems. But in the end this approach has been shown to be very effective indeed, with successful retrieval of heights from the majority of the Earth's major river and lake systems."

Next week sees the release of the first demonstration products using this new algorithm, containing representative data from the last seven years for rivers and lakes across Africa and South America. The plan is that global altimeter data for the last 12 years will then be reprocessed to provide hydrologists with historical information, invaluable for assessing long-term trends.

ESA also intends to install operational software in its ground segment so eventually the product can be delivered to users in near-real time, within three hours or less of its acquisition from space.

Hydrologists need no previous knowledge of radar altimetry to make use of the new data, with one product known as River Lake Hydrology providing data corresponding to river crossing points, just as though there were actual river gauges in place.

Such gauges are the traditional way that river and lake level measurements are obtained, but their number in-situ has declined sharply in the last two decades. The new product will compensate for this growing lack of ground data.

The other product is called River Lake Altimetry, intended for altimetry specialists, and provides all crossing points for a water body, together with detailed information on all instrumental and geophysical corrections.

Previews of both products can be accessed via a dedicated website (see right hand bar) or on a free CD – email contactesa@esa.int to order a copy. Both products are being formally announced at the Hydrology from Space conference, beginning Monday 29 September in Toulouse.