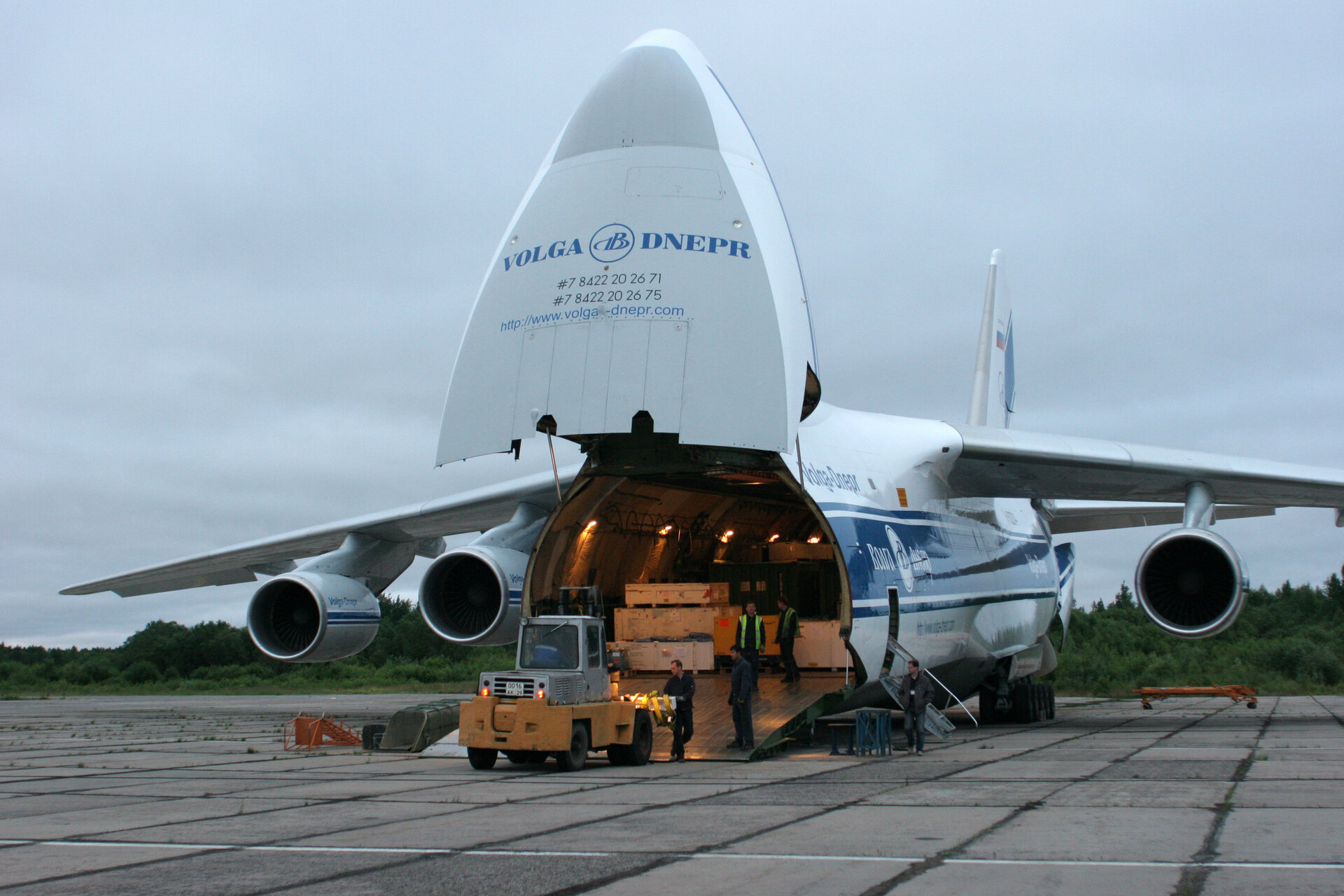 Following its departure from ESA in the Netherlands, GOCE has arrived safely at the Plesetsk Cosmodrome in Russia – from where the spacecraft will launch on
10 September 2008.

After a safe landing in Arkhangelsk on 29 July the GOCE (Gravity field and steady-state Ocean Circulation Explorer) satellite and the 11 containers of support equipment were off-loaded from the Antonov cargo aircraft and transferred by truck to a special train. Along with escort personnel from ESA, Thales Alenia Space and Eurockot, the shipment was then carried some 200 km southward to the spacecraft preparation facilities at the Plesetsk Cosmodrome, where it arrived in the afternoon of 31 July.

GOCE's journey, which all went according to plan, began at ESA's European Space Research and Technology Centre (ESTEC) in Noordwijk, the Netherlands, after it had been packed in its own nitrogen-pressurised container on 23 July.

On Friday 1 August, the satellite and support equipment were off-loaded from the train and transferred to the clean room at the Plesetsk Cosmodrome. The following morning the container holding the satellite was opened and initial inspections confirmed that the satellite had arrived undamaged.

Another milestone now achieved, the science community is one step closer to acquiring a map of the Earth's gravity field of unprecedented accuracy and resolution to advance our knowledge of ocean circulation, sea-level change and Earth-interior processes.

Now that GOCE has arrived safely, it's all systems go for the final countdown to launch on 10 September. The support equipment is currently being set up to prepare for the various final tests the satellite will undergo before being mounted onto its Rockot launch vehicle 13 days prior to launch.