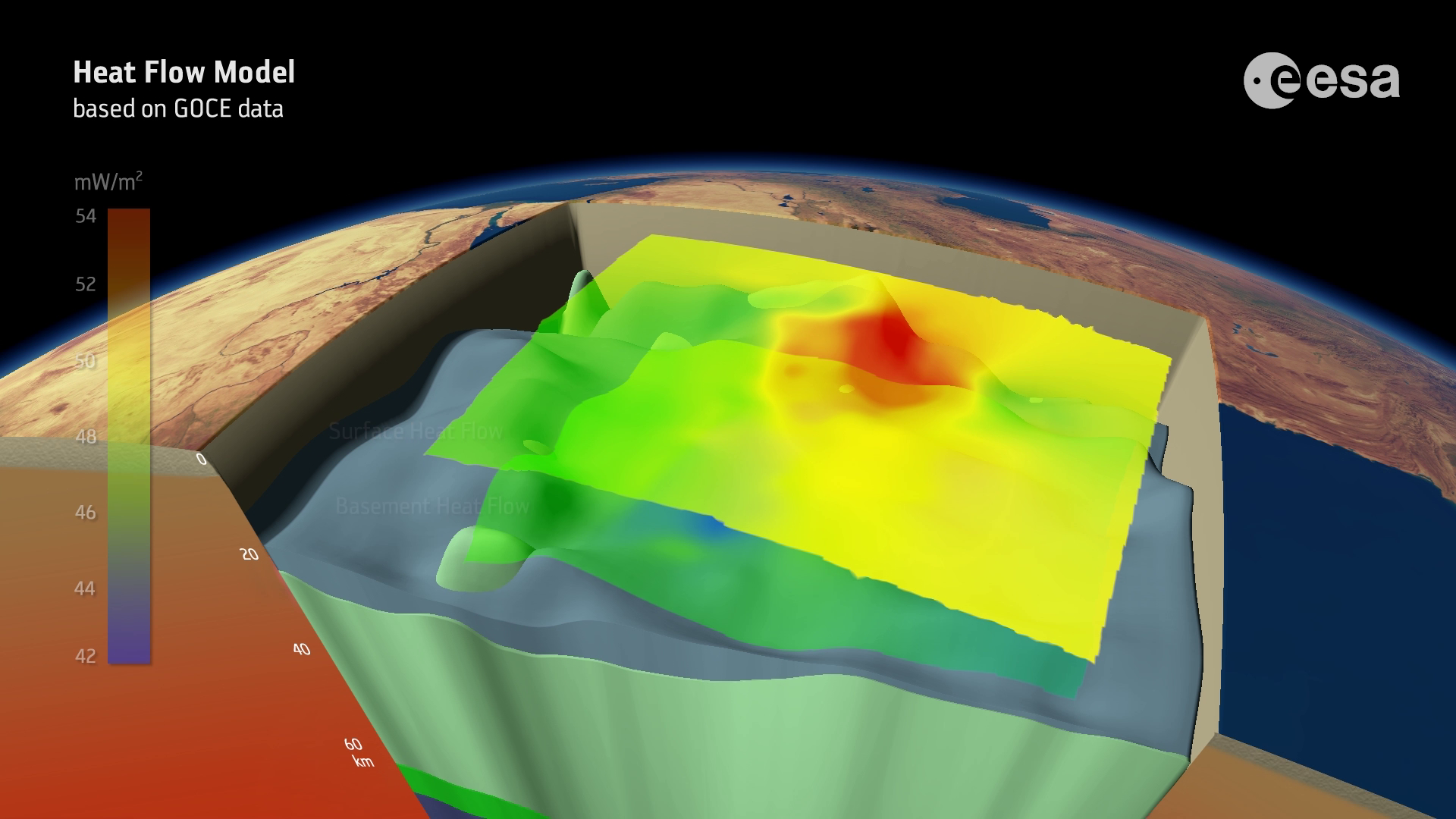 Data from ESA’s GOCE gravity satellite are being used to improve models of Earth’s geology, indicating the potential locations of subsurface energy sources.

The satellite known as the ‘Ferrari of space’ has measured Earth’s gravity with unrivalled precision, thanks to its extraordinarily low orbit about 255 km high – about 500 km lower than most Earth observation satellites.

At the end of 2012, low fuel consumption allowed operators to extend the mission’s life and start to lower the satellite a further 31 km for even more accurate measurements. This was at the very limit of its capability but maximised the return for science.

Although GOCE’s mission ended in October 2013, the gravity data from this super-low orbit has improved our understanding of Earth’s interior, including identifying areas where oil and gas – the primary energy source for today’s civilisations – might be present.

3D models of Earth’s underground are traditionally based on information acquired on the ground. Gravity data from the GOCE satellite, however, provide homogeneous coverage in high resolution, which is being used to improve and validate models based on traditional datasets.

Models based on GOCE data show subsurface density and its vertical and lateral variability, which provides insight into varying geological compositions and temperatures. Estimating the structure and thermal state of Earth’s crust provides clues into the heat of shallower sedimentary rocks, and thus the potential location of oil and gas accumulations.

Subsurface areas with temperatures ranging over 60–200ºC indicate the maturity of the rock and, therefore, the likelihood of the presence of oil and gas.

“Using GOCE data for improving our understanding of Earth’s composition is still in an early phase, and more local geophysical surveys need to be conducted to validate the models,” said Jörg Ebbing from Germany’s University of Kiel and one of the experts in the GOCE+ Geoexplore project, which carried out the study.

Another expert working on the study, Rader Abdul Fattah from the Netherlands Organisation for Applied Scientific Research (TNO), continued: “These early results already show how spaceborne technologies can be used to improve our understanding of the various geological properties of deeply buried sediments – from 5 km to 10 km deep – and therefore identify the potential of untapped subsurface energy resources.

“This is especially useful for remote areas that are difficult, expensive and time-consuming to explore.”

While neither oil or gas reservoirs can be found directly with GOCE, the analysis can guide researchers in identifying areas where the geological conditions appear promising for further ground exploration.

GOCE’s mission ended in October 2013 when it ran out of fuel and subsequently reentered Earth’s atmosphere. But its wealth of data continues to be exploited to improve our understanding of Earth’s interior, as well as ocean circulation, sea level and ice dynamics.

The GOCE+ Geoexplore project is funded by ESA’s Support To Science Element.

To promote the use of GOCE data for geophysical studies, the GOCE+ Geoexplore team has generated a set of global gravity gradients datasets at 225 km and 255 km altitudes that can be freely accessed through this link.