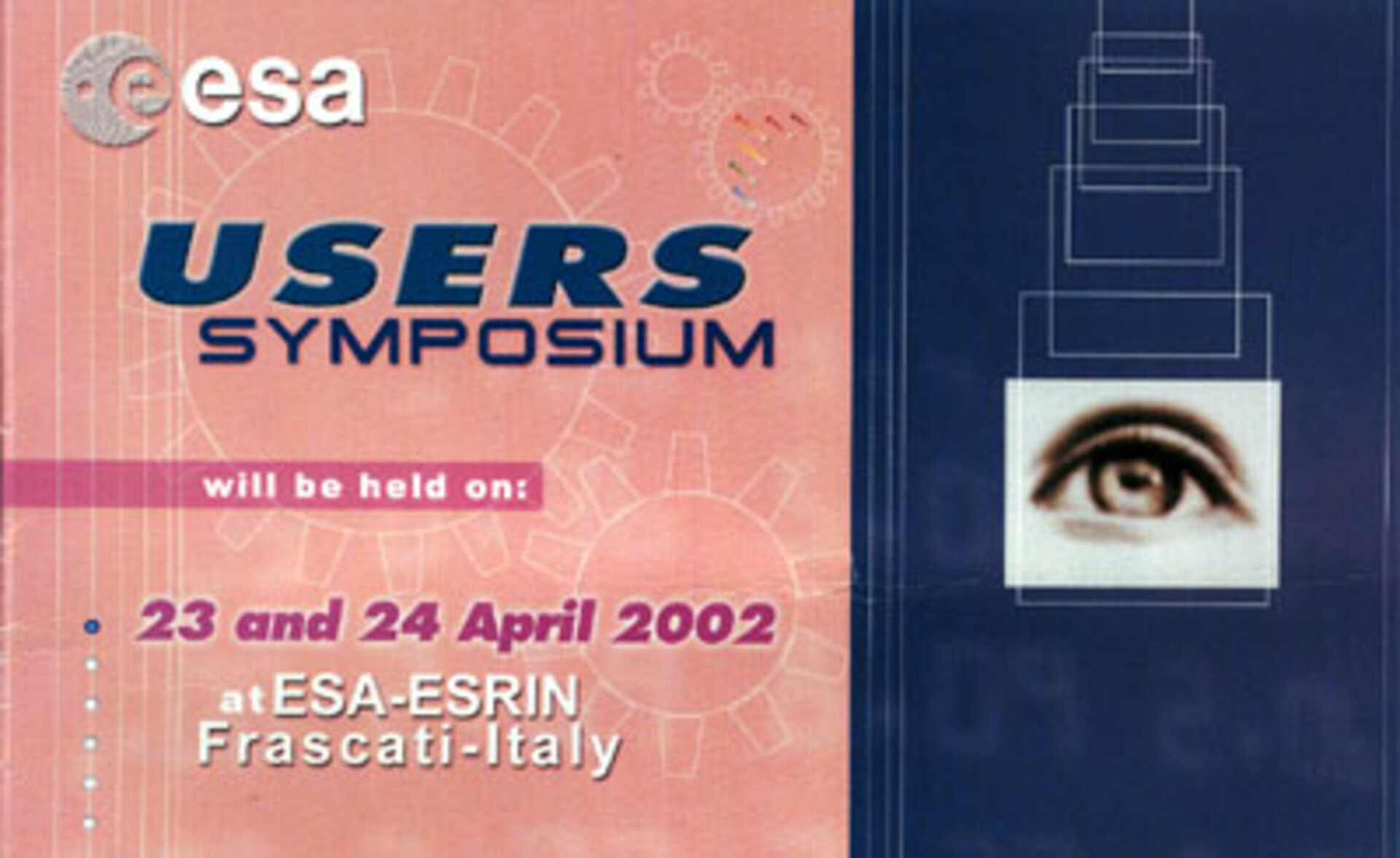 So now that Envisat is in orbit and we have access to more and better data about our Earth and its environment, how can we ensure that we make the best use of this data as well as that from other Earth observation satellites?

Some of the answers will be illustrated and discussed at the Users Symposium organised by ESA's Data User Programme. The Symposium will be held at ESRIN, ESA's Space Research Institute, on 23 and 24 April.

What is the Data User Programme (DUP) and why was it started? Who are the users? Why is there going to be a Symposium? Who better to answer these questions than Nico Bunnik, Delegate of The Netherlands to the DUP and a member of its Advisory Committee.

Portal: Why was the DUP set up?
Nico Bunnik: Put bluntly, the reason the DUP was set up is to ensure that, for the benefit of operational applications, the best use is made of our investment in space. Member States invest a great deal in Earth observation systems, both in space and on the ground, but to make the most of this investment it is important to foster the use of the data supplied by Earth observation satellites. This is something that can be done either by each Member State or by ESA on behalf of its members.

In my view, ESA is in a better position to carry out this service. It has the mechanisms to encourage cooperation, which may be more difficult to do at national level, and within ESA there is a lot of existing experience and technical knowledge about Earth observation systems, data products and the delivery of data products - experience that can be of great value for users.

This is why, in 1992 the Member States asked the ESA Director General to set up a programme to encourage the use of satellite data, primarily from ESA missions. The DUP began work in 1996 for a first phase of five years, it is an optional programme of ESA and is currently subscribed to by Belgium, Italy, The Netherlands and Switzerland.

Portal: What is the DUP
Nico Bunnik: The DUP aims to build on the research carried out under the framework of ESA or national programmes. The important word to note here is build. The DUP’s job is not to foster research but to encourage its operational use by focusing on developing services together with users.

The word users is also important. Users can be service providers, governments, international organizations or commercial companies working in the oil, land development, civil engineering or maritime sectors. Governments, for example, have a particular need for Earth observation data in order to manage national and EU environmental policy. The best way of ensuring that satellite data is used, is to involve users from the outset and throughout the life of the project.

Portal: Why is the Users Symposium being held in April
Nico Bunnik: Well, Member States would like to see potential users much more strongly involved in the second phase, which started in 2001 than they were in the first phase. By inviting users to the symposium they can learn about the DUP, the projects that are ongoing and how to take part in future projects. A symposium also encourages the exchange of ideas and establishes contacts between service providers and users, all factors that will contribute to the success of the DUP.

This symposium will also be useful for ESA staff. It will help them in the management of ongoing projects - at present 48 projects are underway - as well as in planning for the future. In 2003 the second period of the Earth Observation Envelope Programme will commence and the DUP will become part of this programme.

During the first year the two programmes will overlap, so it is important to plan an approach and to see how this period can best be used to benefit the DUP users. It is also essential to ensure that the DUP harmonises with ESA’s Earth Watch programme and its contribution to the Global Monitoring for Environment and Security (GMES) initiative of the European Commission and ESA.

I believe that the DUP will be instrumental in stimulating the service industry, which in the EU is still in its infancy. When most people - and governments - think of space, they think of the manufacturing industry, building satellites and launchers etc. These are of course vital, but the future of satellite Earth observation applications lies in fostering the services sector during the necessary time period. The DUP is an important step in this direction.