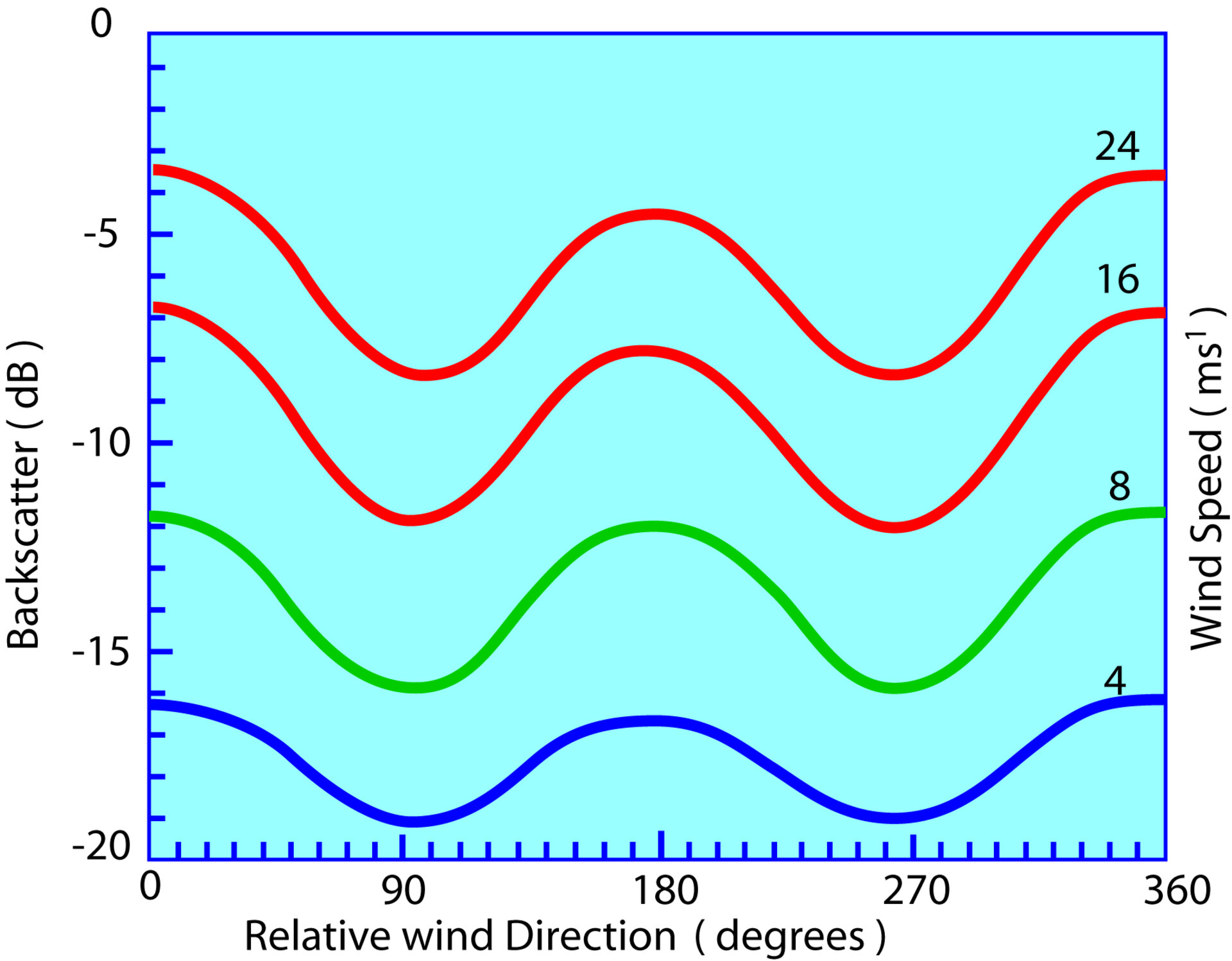 The diagram shows how the radar backscattering coefficient (the quantity which the radar measures) varies with wind direction over a range of wind speeds at an incidence angle of 35°. The curves in the diagram correspond to wind speeds of 4, 8, 16 and 24 m/s. In general:

For each swath, ASCAT uses the along track motion of the satellite and three antennas oriented to broadside and 45° forwards and backwards from broadside, to observe the scattering coefficient of its resolution cells from three different directions. These groups of three measurements are then fitted to families of curves like those above to derive the wind speed and direction.