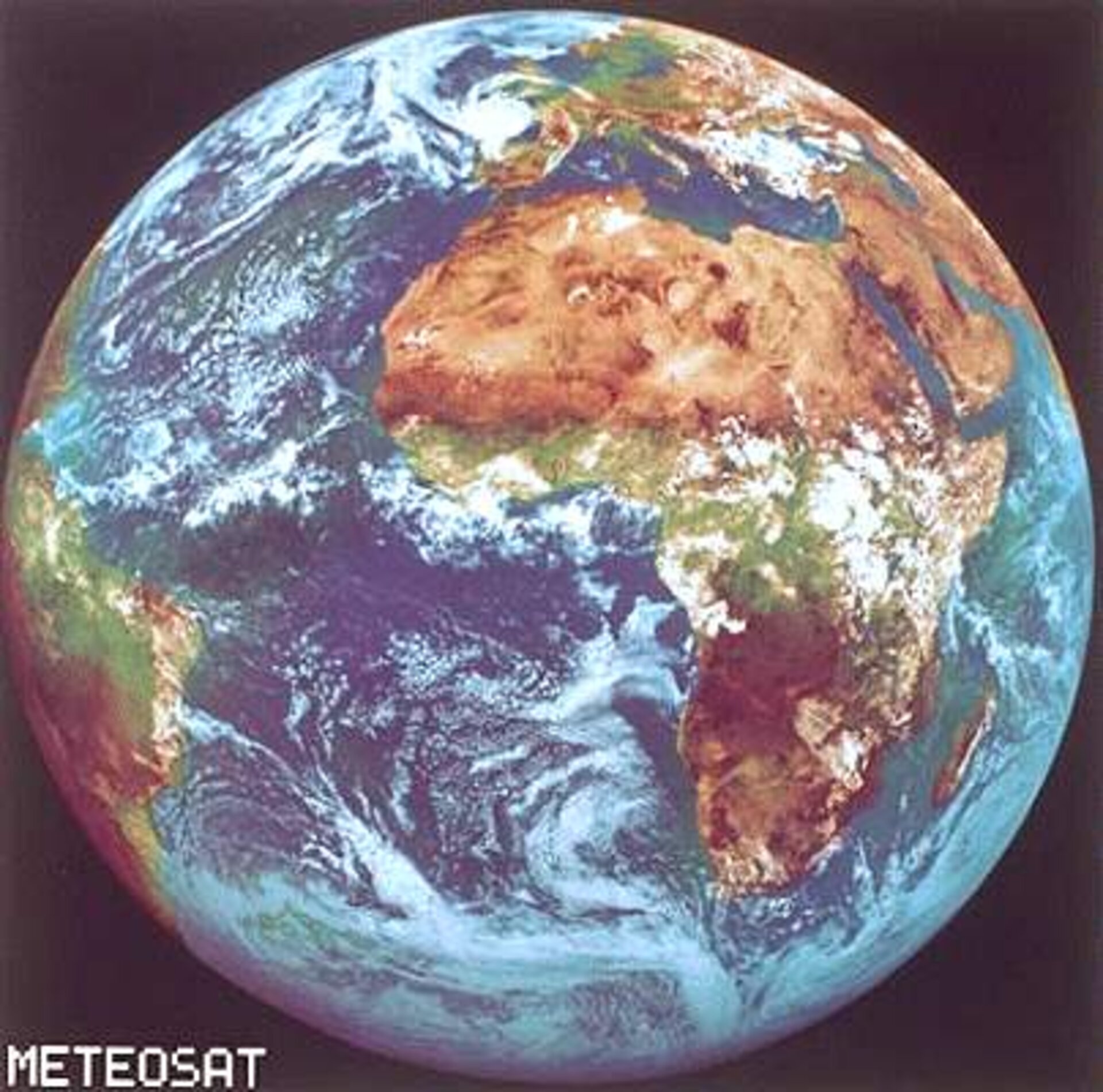 For the past 23 years, Europe’s Meteosat satellites have been sending pictures of the weather back to Earth for viewing by millions on daily TV weather bulletins. Their position in geostationary orbit at 0 degrees longitude has given them an unprecedented view of the weather over Europe, Africa and the eastern Atlantic. The images have contributed to an enormous improvement in the accuracy of medium-range weather forecasts over these regions.

Meteosat can lay claim to a number of firsts. Initiated in 1972 by ESA’s predecessor, the European Space Research Organisation, it was the Agency’s first applications programme. Meteosat-1, launched in 1977, was Europe’s first meteorological satellite and Meteosat-2 was launched in 1981 on one of the qualification flights of Ariane-1 from Kourou, French Guiana. Meteosat-3, the last of the pre-operational satellites, was launched in 1988.

With the pre-operational programme well underway, plans were drawn up in 1983 for the Meteosat Operational Programme (MOP). The decision was taken to create EUMETSAT, the European Organisation for the Exploitation of Meteorological Satellites, to run the programme on behalf of users. The operational programme involved building Meteosats 4, 5 and 6 (MOP 1, 2 and 3) for launch in 1989, 1991 and 1993 respectively. ESA’s role changed from one of development and programme definition to satellite procurement and housekeeping on behalf of EUMETSAT.

Meteosat-7, the last satellite in the series was launched in 1997. It is part of a Meteosat Transition Programme (MTP) which will manage the handover between the first and second generation of satellites. Meteosat Second Generation (MSG) will be an upgraded series of satellites employing state of the art technology, which will continue the fine tradition of the first series, but with improved data gathering capabilities.

The Meteosat programme has been run with one satellite in the operational position at 0 degrees longitude and one on stand-by, typically a few degrees to the West. When the operational satellite reaches the end of its life, it is moved over so that the stand-by satellite can transfer to its place. A new satellite is then launched into the stand-by position. This arrangement will continue with MSG and during the transition programme when MSG-1 and Meteosat-7 occupy the two positions.

One of Meteosat’s most notable achievements was the contribution it made to the forecast of Hurricane Andrew in 1992, allowing air traffic to be re-routed and precautions taken on the ground to limit damage. Meteosat 3 was occupying an unusual position, 75 degrees West, at the time. The satellite had been drifted into this position after the failure of the United States GOES-East satellite, which normally occupied it. Meteosat-3 was de-orbited in 1995 when ESA’s operations centre relinquished responsibility for managing the operational programme to EUMETSAT.

At present, Meteosats 5, 6 and 7 are in orbit. Meteosat-7 is in the operational position, Meteosat-6 is on stand-by and Meteosat 5 is above the Indian Ocean in the Indian Ocean Experiment (INDOEX). Many of the Meteosats have outlived their nominal lifetimes and so have been available for other duties before decommissioning. Meteosats 5 and 6 are expected to come to an end in 2001, but Meteosat-7 will see the transition to MSG.