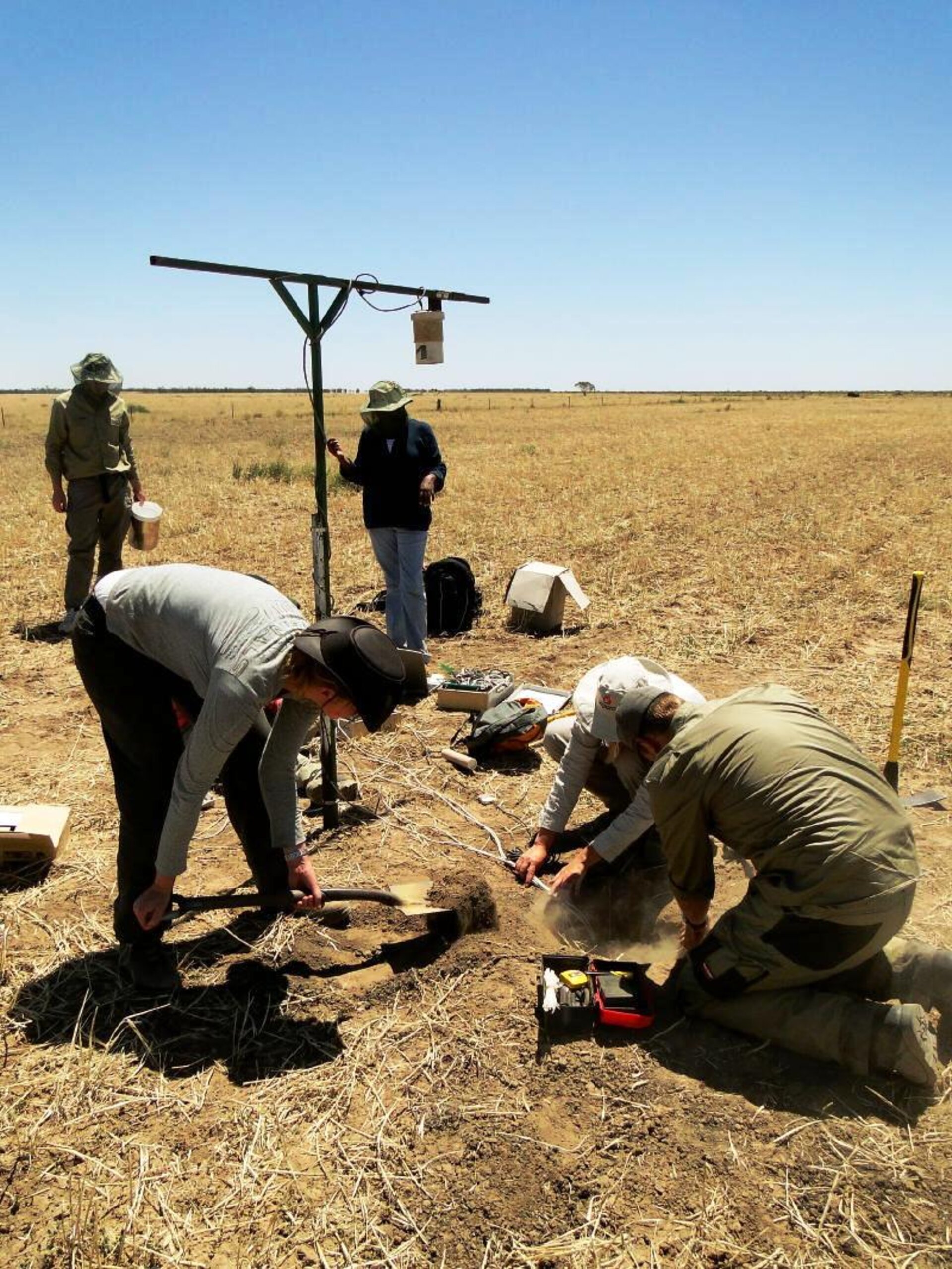 To ensure the integrity of an Earth observation mission, it is often essential to compare the data being delivered from space with measurements taken on the ground. Accordingly, the first field campaign to validate soil moisture data from ESA's SMOS mission has just been carried out 'down under'.

Launched in November, the Soil Moisture and Ocean Salinity (SMOS) mission is still being commissioned, but already delivering its first calibrated images of ‘brightness temperature’. As a measure of radiation emitted from Earth’s surface, these images can be used to derive global measurements of soil moisture and ocean salinity to improve our understanding of the water cycle. In addition, data from SMOS will help to improve weather and climate models, and have applications in areas such as agriculture and water resource management.

As an important part of the mission, a number of intensive field campaigns are planned all over the world to make sure the mission is delivering true information on soil moisture and ocean salinity. These field campaigns involve taking in situ measurements on the ground, from aircraft, ships, oceans buoys and platforms.

The first such campaign to validate soil moisture data was recently completed in southeast Australia. Australia was well suited for this first measurement campaign because it is currently experiencing the summer growing season.

Both the observed brightness temperature data and the derived data products for soil moisture from SMOS need to be validated. To achieve this, data were collected from the air and on the ground. A light aircraft carrying an L-band radiometer and a thermal imager was used to make observations similar to those acquired by SMOS, while data on soil moisture were collected by a team on the ground.

Importantly, each flight, which observed 10 sites measuring 100 km by 50 km, was matched to the early morning overpass of SMOS, orbiting 760 km above. The ground team of about 20 students and scientists from Australia and Europe collected coincident soil moisture data so that the in situ data can be related directly to the data acquired by the satellite. They also collected other information, such as the temperature and roughness of the surface and the type and density of the vegetation covering the soil.

The field campaign, called AACES – short for Australian Airborne Calibration/Validation Experiments for SMOS – was led by the University of Melbourne and funded by the Australian Research Council. Due to the airborne and in situ data collection strategy, which covered a 500 km transect of the Murrumbidgee Catchment in southeast Australia, this campaign is one of the most comprehensive worldwide assessments of SMOS data. The experience gained in earlier campaigns carried out for SMOS, such as the Australian National Airborne Field Experiment in 2005, ensured the campaign was well planned and ran smoothly.

The test site covered a unique area that comprises a wide range of topographic, climatic and land-cover characteristics. These varied features meant that seasonal changes could be mapped on a very large scale. The site was ideal for validating the soil moisture component of the mission. The five-week campaign, which started in mid-January, included very hot and dry conditions as well as periods of heavy rain. Ground soil moisture measurements varied from 5% to over 40%, providing an excellent test bed for SMOS during its commissioning phase.

"The campaign has been a huge success. A significant rainfall event that occurred in the middle of the campaign means that both extreme hot dry and cool wet conditions have been captured by this extensive validation dataset," said Prof. Jeff Walker from the University of Melbourne. "The validation campaign will serve a key role in benchmarking the performance of SMOS during its six-month commissioning phase."

The team is now anxiously waiting for the delivery of data from SMOS so that they can analyse the dataset collected during the campaign and continue with the process of validation.

Notably, the data collected in Australia will be fed into the International Soil Moisture Network, which is a new system initiated by the Global Energy and Water Cycle Experiment (GEWEX) in cooperation with the Group on Earth Observations (GEO) and the Committee on Earth Observation Satellites (CEOS) and ESA. The International Soil Moisture Network will bring together data collected in field campaigns worldwide and provide a standardised global database to share freely with the scientific community.

The next campaign, which will continue the process of validating soil moisture and also include the validation of ocean salinity data, will be carried out by ESA in cooperation with the French space agency CNES in Europe. Between April and July, several sites in Denmark, Germany, France and Spain will be observed from the air while teams take coincident ground-truth measurements as SMOS orbits above.