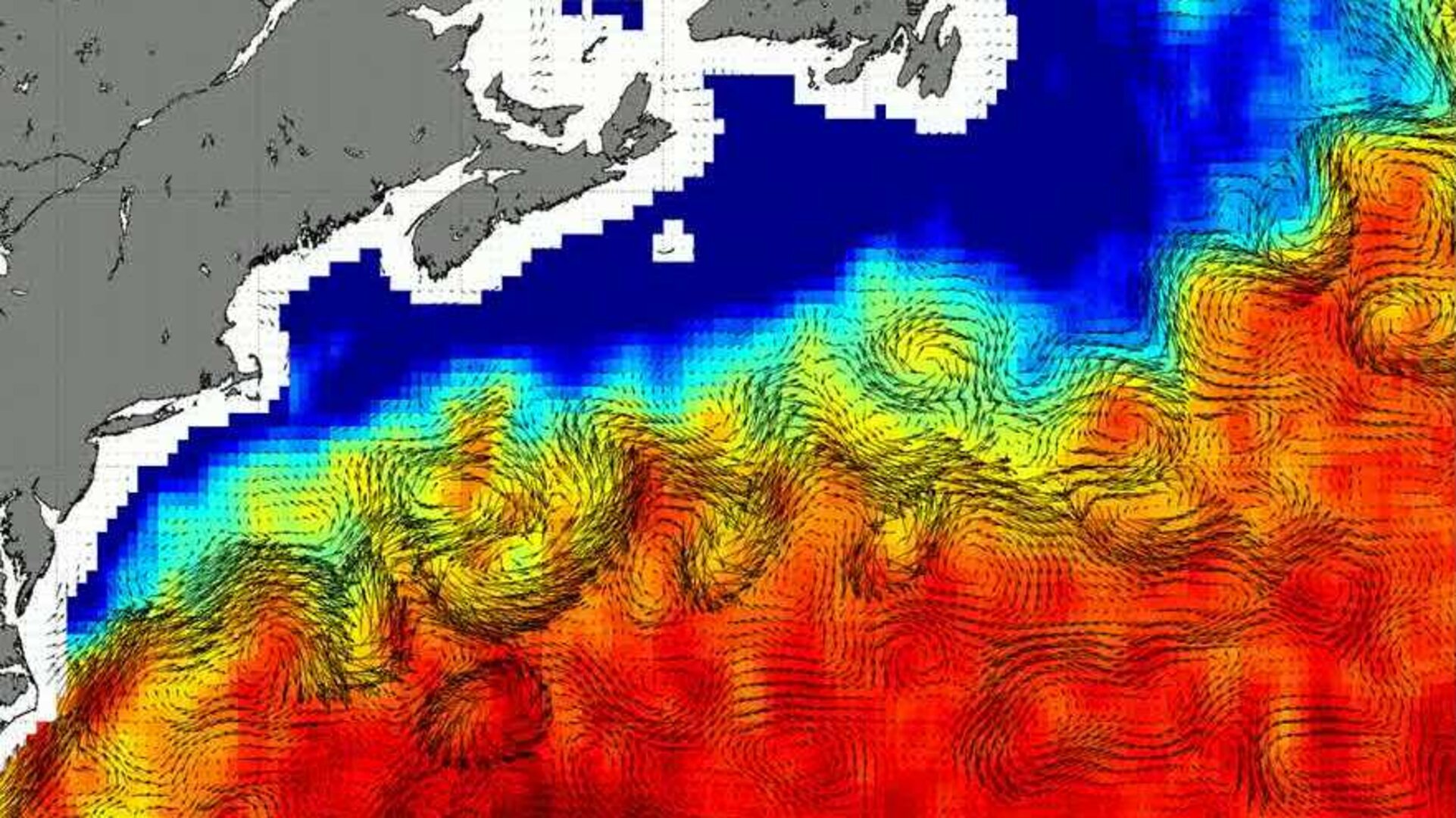 ESA’s water mission is shedding new light on the meandering Gulf Stream, just one of the SMOS satellite’s numerous achievements.

Launched in 2009, ESA’s Soil Moisture and Ocean Salinity satellite has been helping us to understand the water cycle.

Over the past three years it has been providing more accurate information on global soil moisture and ocean salinity.

New results unveiled today in Spain show that SMOS is now providing new insights into the movement of the Gulf Stream – one of the most intensely studied current systems.

Originating in the Caribbean and flowing towards the North Atlantic, the current plays an important role in the transfer of heat and salt, influencing the climate of North America’s east coast and Europe’s west coast.

SMOS can distinguish between and follow the resulting eddies that are ‘pinched off’ from the current and form little parcels of warm and salty water in the Labrador Current, and the colder, fresher water in the Gulf Stream.

SMOS is able to monitor this process thanks to its high resolution and frequent revisits. This is giving scientists a new view of how salt is exchanged across current boundaries – a key to understanding the ‘conveyor belt’ of global oceanic circulation.

These and other scientific achievements from three years of the SMOS mission were presented at a conference held today at ESA’s European Space Astronomy Centre in Villanueva de la Cañada, near Madrid, Spain. SMOS was realised with special contributions from France and Spain.

“SMOS is the second Earth Explorer we have placed in orbit – and is delivering important new information on global soil moisture and ocean salinity for a broad range of applications,” noted Volker Liebig, ESA Director of Earth Observation Programmes.

The mission’s Lead Investigators, Yann Kerr and Jordi Font, are the focal point of the scientific research of the mission and lead discussions on soil moisture and ocean salinity findings.

Unexpected results demonstrating the versatility of this collaborative European mission – like the findings on the Gulf Stream – were also highlighted at the event by Nicolas Reul from Ifremer, France’s institute for sea research.

In addition, the satellite can determine wind speeds under hurricanes – such as last year’s Hurricane Sandy that devastated parts of the US east coast – by measuring the microwave radiation emitted by rough seas.

Today’s workshop included a welcome by the head of ESA’s European Space Astronomy Centre in Spain, Álvaro Giménez, and a speech on the future of space technology in Spain by Luis Valero, Spain’s General Secretary for Industry and SMES.