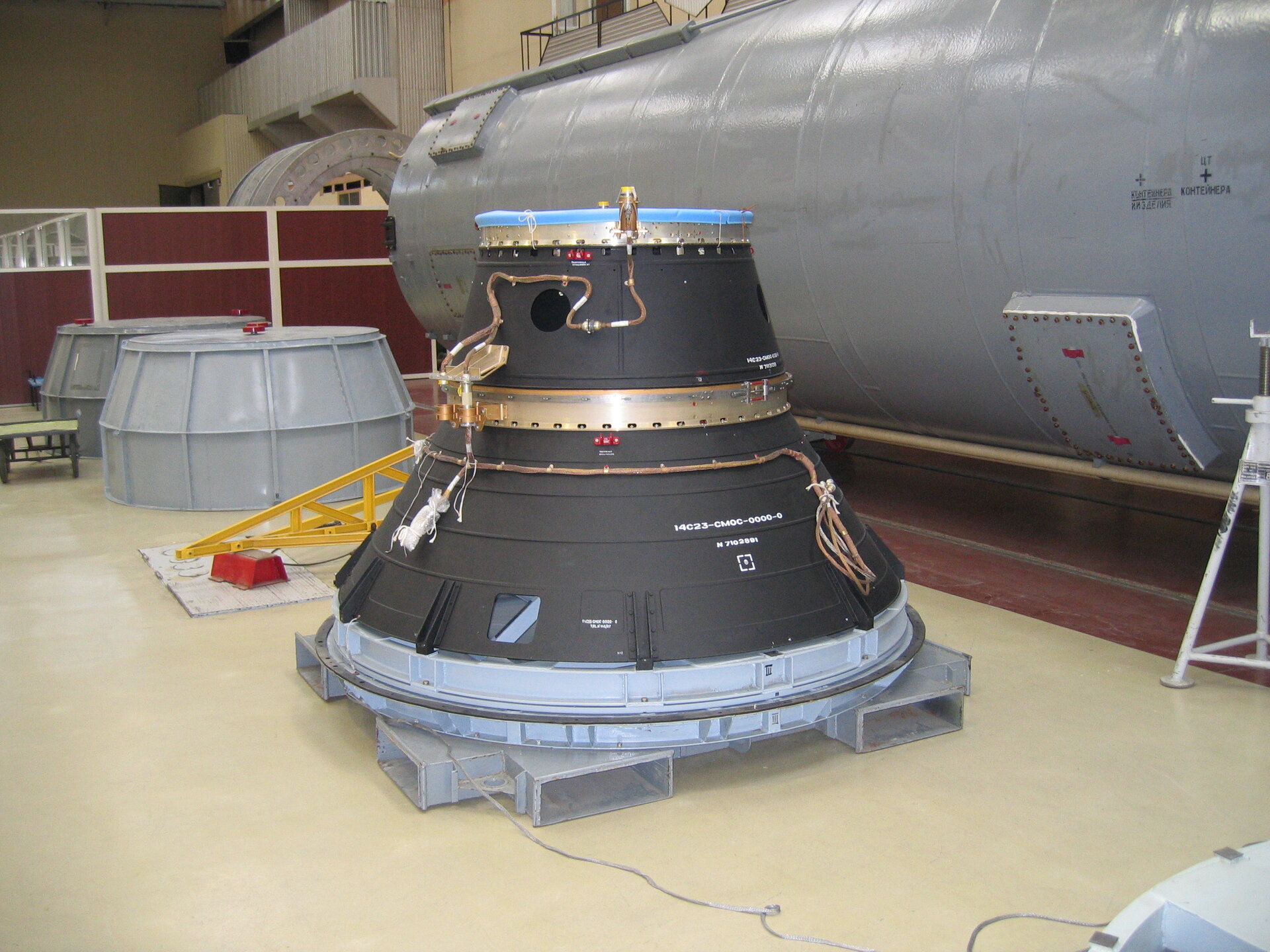 Members of the SMOS team have just returned from Moscow after viewing components that make up the upper-composite of a Rockot launcher. The hardware is soon to be shipped to the launch site in readiness for liftoff at the beginning of November.

Team members from ESA and the French space agency CNES met in Moscow, Russia with representatives from Eurockot and Khrunichev to inspect the hardware that has been produced to carry ESA's SMOS and Proba-2 satellites into orbit later this year.

The Earth Explorer SMOS mission will make global observations of soil moisture over land and salinity over the oceans for a better understanding of Earth's water cycle. ESA's Proba-2 satellite will piggyback into orbit on the same Rockot launcher. Proba-2, which is less than one cubic metre, is the second of ESA's Project for OnBoard Autonomy series and carries new technologies that focus on solar and space weather observations.

Both are scheduled to be launched on 2 November by a Rockot launcher – a converted SS-19 Russian Intercontinental Ballistic Missile (ICBM) from the Plesetsk Cosmodrome in northern Russia. The adaptation of the SS-19 uses the original two lower liquid propellant stages of the ICBM in conjunction with a third stage, called Breeze-KM, for commercial payloads – optimised for delivering up to 1950 kg into low-Earth orbit. Launch is carried out by Eurockot Launch Services, which is a joint venture between EADS-Astrium and Khrunichev.

Whilst the first and second stages of the former ballistic missile are 'in stock', the Breeze-KM third stage is custom made for each satellite launch. GOCE, ESA's gravity mission, was placed into orbit in March this year with the same system.

The SMOS team were able to inspect hardware various components at the cleanroom at Khrunichev's facilities in Moscow. On display were the two half-shells of the fairing, which protects the satellite during the first ascent phase; the Breeze-KM third stage with its propulsion system and overall launcher control electronics; and the launch adapters for SMOS and Proba-2, which provide the mechanical interface between the satellites and the rocket.

Prior to the hardware being shipped to the launch site, the integrated Breeze-KM unit will undergo a final functional test. This is planned to be completed by early September, enabling the shipment of all the launcher hardware to the Plesetsk Cosmodrome by 8 September – just a few days before the SMOS satellite arrives in Russia and the launch campaign begins.