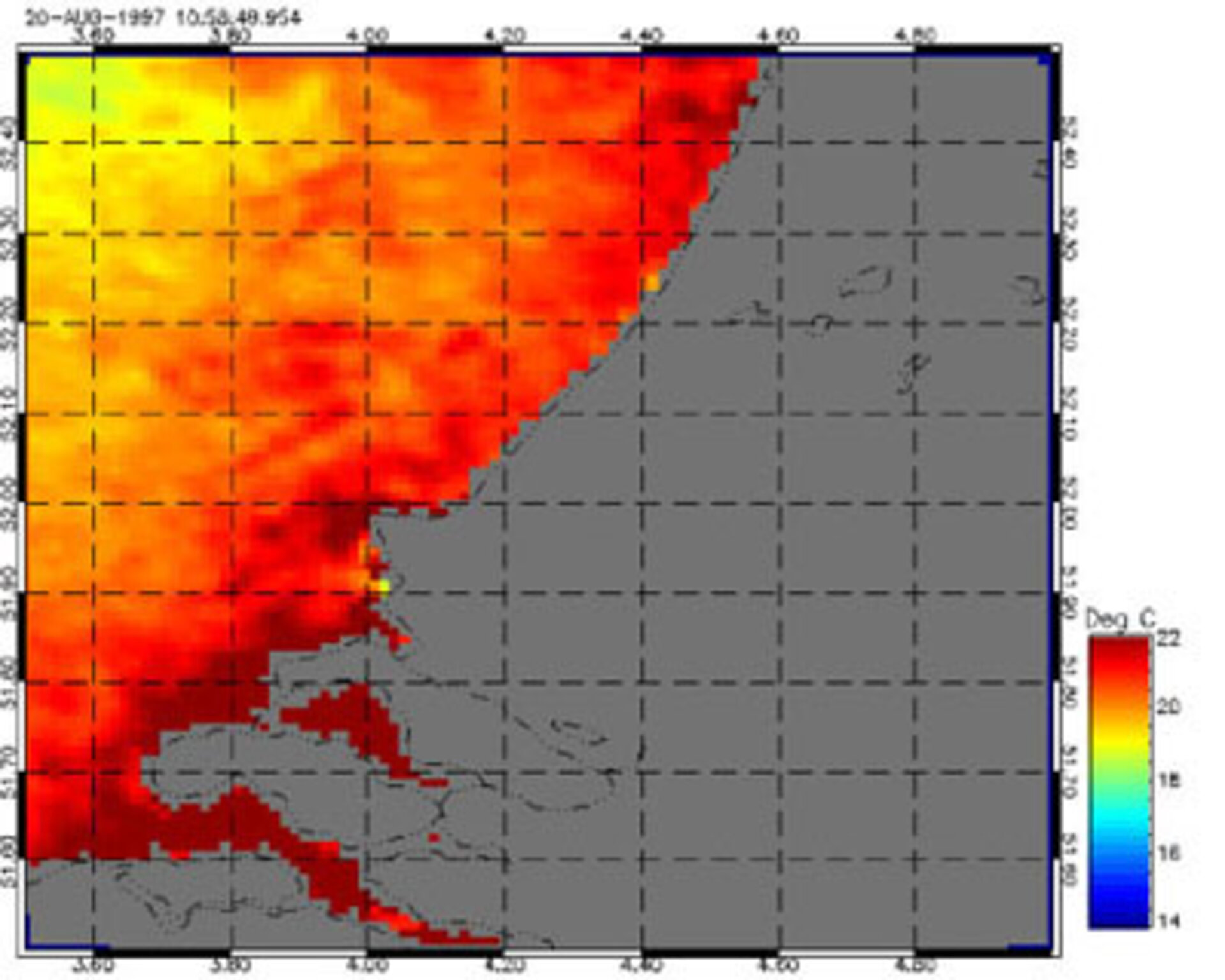 Europe’s beaches could soon be cleaner thanks to better information gleaned from ESA satellite data. Using mathematical models developed to combine data from several satellites, it may soon be possible to predict where pollution is likely to spread and plan accordingly.

According to Helen Snaith, of the Southampton Oceanography Centre, whose team investigated pollution in the North Sea as part of an international project using data from ESA’s ERS-1 and ERS-2 satellites, “These models might allow us to predict potential pollution problems that will be caused by new construction and will help to monitor the effects of changes in environmental policies.”

Snaith’s team focused on investigating an area of the southern North Sea and worked with colleagues at several other test sites in Europe. The project set out to discover how to integrate different types of data gathered by satellites into a single model. “Although satellites monitor sea surface temperatures, ocean colours and gather radar data, there’s no single satellite that does all three - although Envisat will, when it is launched next year ” explains Snaith. “This means that you have to bring together data gathered at different times. For the constantly changing spread of pollution that we are trying to monitor, this makes it very difficult to build an accurate picture.”

The answer is to create a mathematical model that combines all the data, allowing each data point to be applied to the model at the correct time. The teams around the world looked at several phenomena, including so-called 'algal bloom'. Helen Snaith’s North Sea team investigated the spread of floating sediment produced by the River Rhine along the coasts of Germany, Holland and Denmark. “The Rhine outflow is a very distinct body of water, which doesn’t disperse much as it moves through the sea. The sediment in the flow, which has visible effects on the colour of the sea, is strongly connected with the movement of heavy metal pollution,” explains Snaith. The team was particularly keen to bring ERS SAR radar data into the model because the seas of northern Europe are often obscured by cloud. “Because radar can see through cloud, we wanted to see if the sediment, which produces a visible change in ocean colour, would also produce a distinctive signature in the radar data by changing the surface texture of the sea,” adds Snaith.

The scientists’ work has produced a model that successfully brings together the satellite data, though it is less effective at predicting the spread of pollution. The teams are now looking at ways to develop their work into a package which could help predict pollution of all kinds, helping planners in industry, government and agriculture keep the world’s seas clean.