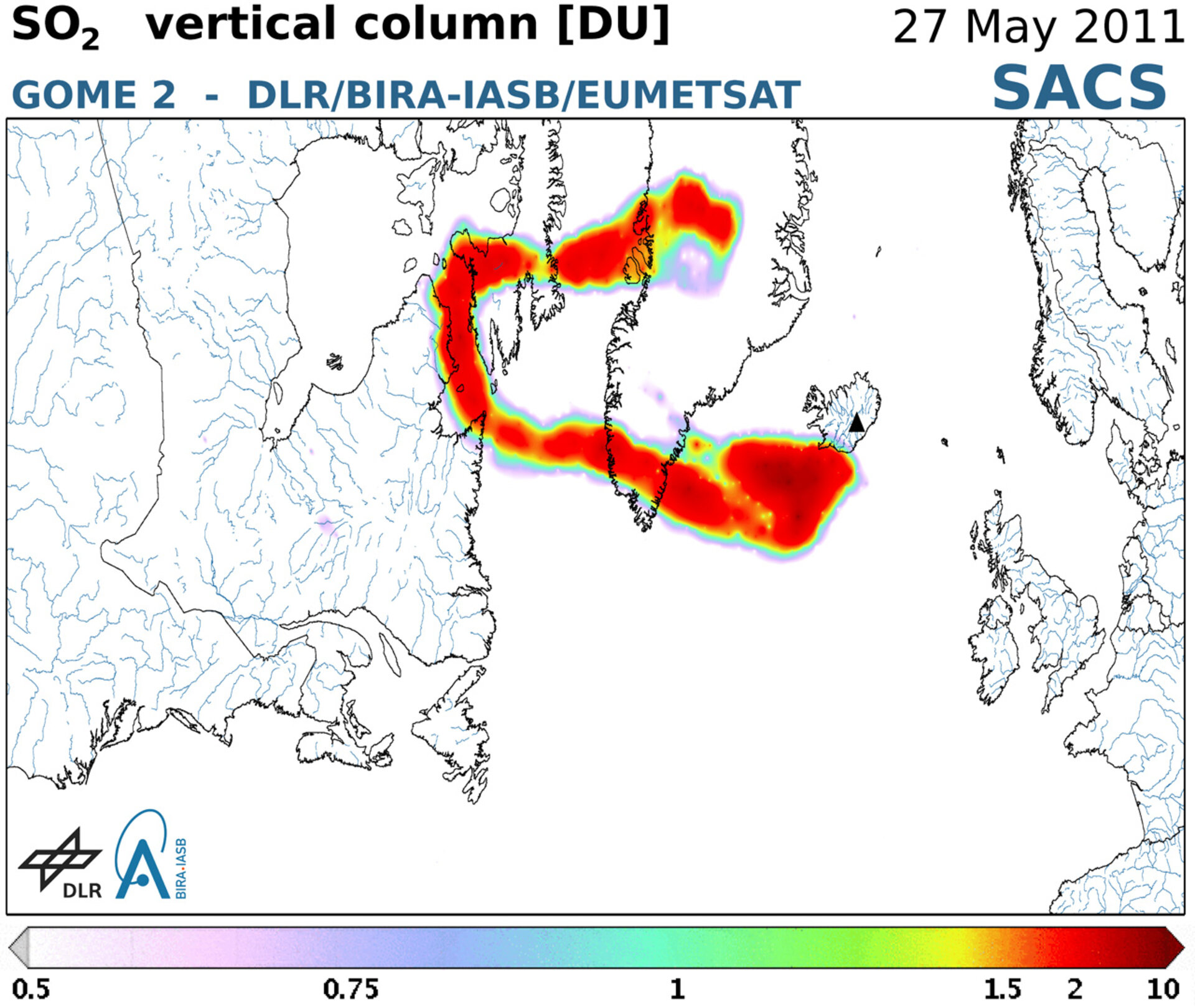 While piloting a commercial transatlantic flight last year, Captain Klaus Sievers and his crew got a whiff of an unusual odour. In a confined space 10 km up in the air, there was only one thing it could be.

The foul smell with traces of sulphur in the cockpit came from none other than the Grímsvötn volcano that was spewing gas and ash from southeast Iceland.

Sulphur dioxide often indicates volcanic ash, and the presence of ash in the atmosphere can endanger jet engines.

Once landed, Captain Sievers, a representative of the German Airline Pilots’ Association, used data from the MetOp satellite via the Support to Aviation Control Service – SACS – to confirm the sulphur dioxide.

“The SACS images allowed me clearly to identify and locate the Grímsvötn sulphur plumes after the flight,” he said.

“The images also gave an indication of the gas cloud position before the flight, but did not provide a forecast of their exact location.

“As I found out, the smell of Grímsvötn is not pleasant. For comfort and safety reasons, it would be good if it were possible to avoid such an experience for you and all people on the airplane.”

Inhalation of sulphur dioxide, even at low concentrations, can affect people with respiratory problems. Flight crews are advised to use oxygen masks while the smell lingers.

When sulphur dioxide combines with water in the atmosphere, sulphuric acid is formed, which can damage aircraft windows, fade exterior paint and build up sulphate deposits in engines. This leads to higher maintenance costs.

When an eruption occurs, an alert is sent to interested users, most notably to Volcanic Ash Advisory Centres, and public maps are generated showing the extent and intensity of the volcanic plumes.

Capt. Sievers has been using satellite images through the SACS service for the past two years to prepare for his intercontinental flights.

It proved particularly useful when planning his route from the Far East to Europe on 15 June. A day earlier, the Nabro volcano had erupted in Eritrea, spewing ash across his intended route over East Africa and the Middle East.

“This influenced the choice of a flight level for a trouble-free flight during the night of 15–16 June.

“As a captain, I would like to receive realtime observations and forecasts of volcanic ash and sulphur dioxide in the future.

“These should include height and concentration information, and good geographic coverage.

“The information should be provided with the regular flight documents for decision-making by the crew.

“At present, there is no legal requirement for sulphur dioxide information, which I deeply regret.”

Volcanic ash and sulphur dioxide can spread rapidly in the atmosphere, affecting skies over a wide area.

The eruptions of Iceland’s Eyjafjallajökull in April 2010 and Grímsvötn in May 2011 caused air traffic to be temporarily suspended throughout Europe, affecting economic, political and social activities worldwide.