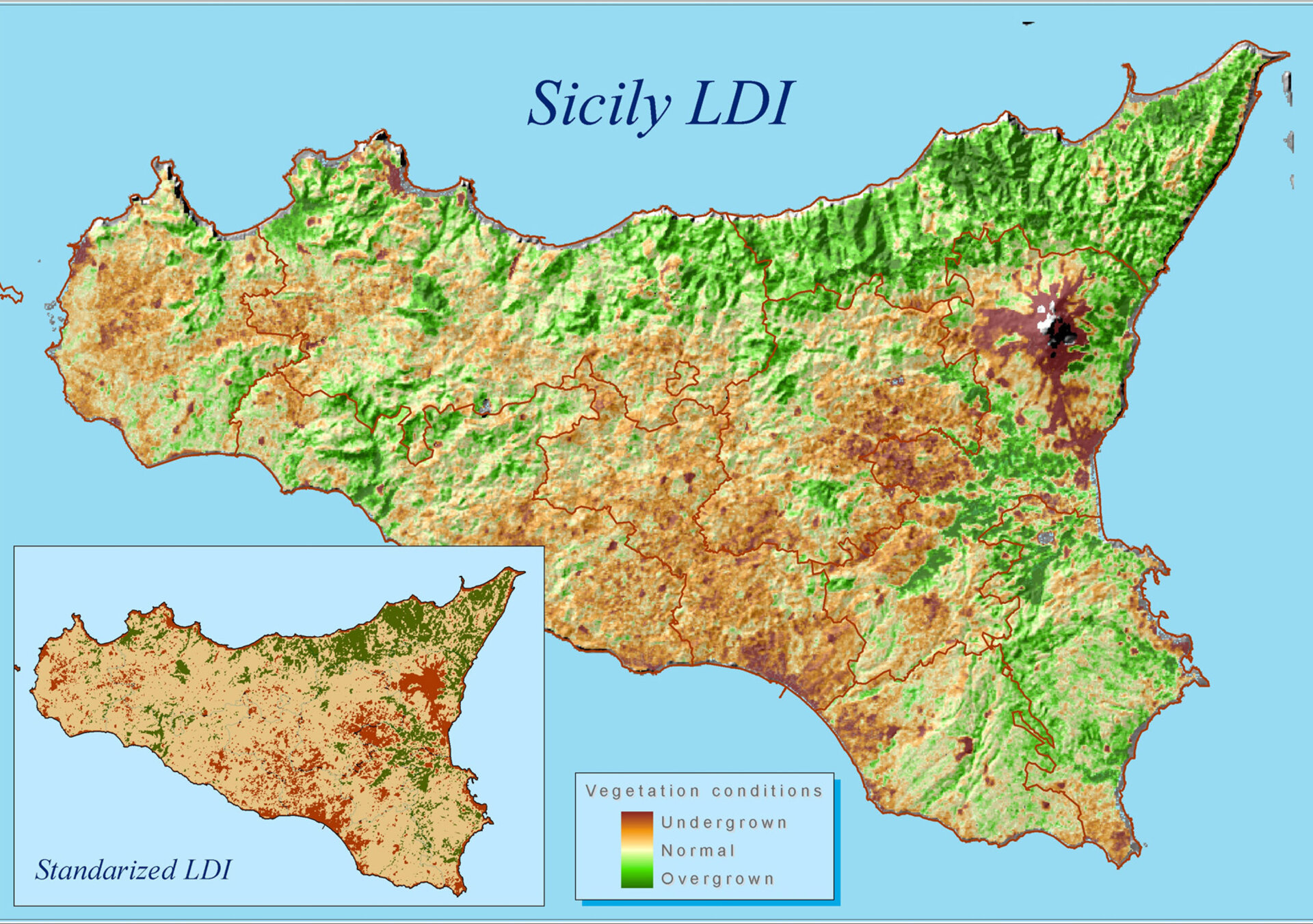 Desertification is a worldwide problem that poses a severe challenge to more than 1.2 billion people in more than 100 countries. Delegates from 191 signatories to the United Nations Convention to Combat Desertification gathered in Madrid, Spain, from 3 to 14 September to address this problem that affects a quarter of the Earth’s land surface.

During the conference, the Bureau of the Conference of the Parties (COP 8) of the United Nations Convention to Combat Desertification (UNCCD) met to agree upon a new 10-year plan to stem desertification and set measurable objectives with a timeline for achieving them.

ESA has been working closely with the UNCCD secretariat for more than five years to develop tailored and standardised information services based on satellite observations to assess and monitor desertification and its trends over time.

In 2004, ESA launched a satellite-based information system called DesertWatch to work with three of the European countries most affected by desertification – Italy, Portugal and Turkey. In addition to helping national and regional authorities to assess and monitor land degradation and desertification, DesertWatch also aims to support these authorities in reporting to the UNCCD.

Speaking at the conference, Lúcio Pires do Rosário of the Portuguese UNCCD National Focal Point illustrated the DesertWatch approach as one of the best practices related to assessing and monitoring land degradation, vulnerability and rehabilitation.

Rosário suggested the UNCCD Committee on Science and Technology (CST) should consider adopting DesertWatch as one of the UNCCD tools for monitoring some of the key land degradation indicators listed in the 10-year strategic plan and framework to enhance the implementation of the UNCCD. This proposal is scheduled to be discussed at the next meeting of the CST in 2008.

DesertWatch focuses on Northern Mediterranean countries, but ESA is preparing a follow-on project that will generalise the methodology and adapt the developed land degradation indicators for countries outside this region. DesertWatch takes place as part of ESA’s EO Data User Element (DUE).

The UNCCD was established in 1994 in the wake of the 1992 Earth Summit in Rio de Janeiro, which recognised desertification as a major social and environmental problem. Desertification does not so much refer to the spread of existing deserts as the creation of new ones, through the reduction of productivity of vulnerable dryland areas by soil deterioration and erosion as well as the long-term loss of natural vegetation.