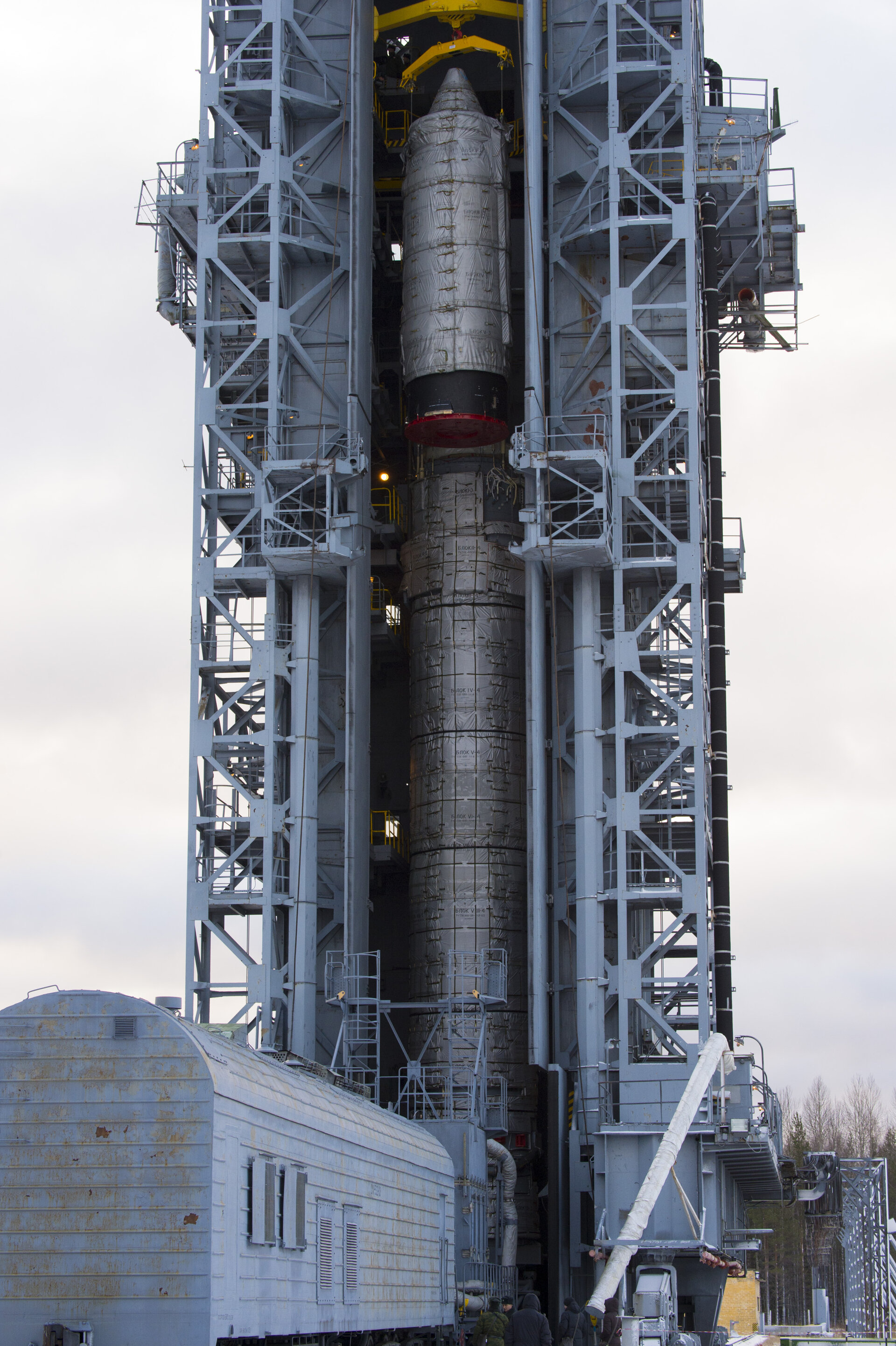 Preparations for Friday’s launch of ESA’s magnetic explorer have reached an important milestone – the constellation is now in the Plesetsk launch tower.

The team in northern Russia said farewell to the three Swarm satellites at the weekend as they sealed them from view within the rocket’s fairing, which protects them from the rigours of launch.

This marks the culmination of two months of work testing and preparing the Swarm constellation for launch at the cosmodrome.

The fairing half-shells will open almost three minutes after launch. Once the second stage of the Rockot launcher has separated a few minutes later, the satellites will be taken into orbit by the Breeze-KM upper stage.

Just over 90 minutes after launch and at an altitude of 490 km, Breeze will release the trio simultaneously into orbit around Earth.

Today, in a rather wintery setting, the assembly, wrapped in thermal padding, was rolled out to the launch pad and hoisted to the top of the service tower. It was then lowered onto the lower stages of the Rockot vehicle.

The next steps on the road to launch involve a ‘dress rehearsal’ of the launch procedure and fuelling of the rocket for launch on 22 November at 12:02 GMT (13:02 CET).

For four years, Swarm will study the mysteries of Earth’s magnetic field, its interactions with the solar wind and its links to global change.

The five new-generation sensors on each satellite and carefully calculated orbits will provide the information needed to untangle the different sources that make up the magnetic field and electric currents around Earth.

The data will be used, for example, to build global models of the field generated by our planet’s core and crust. 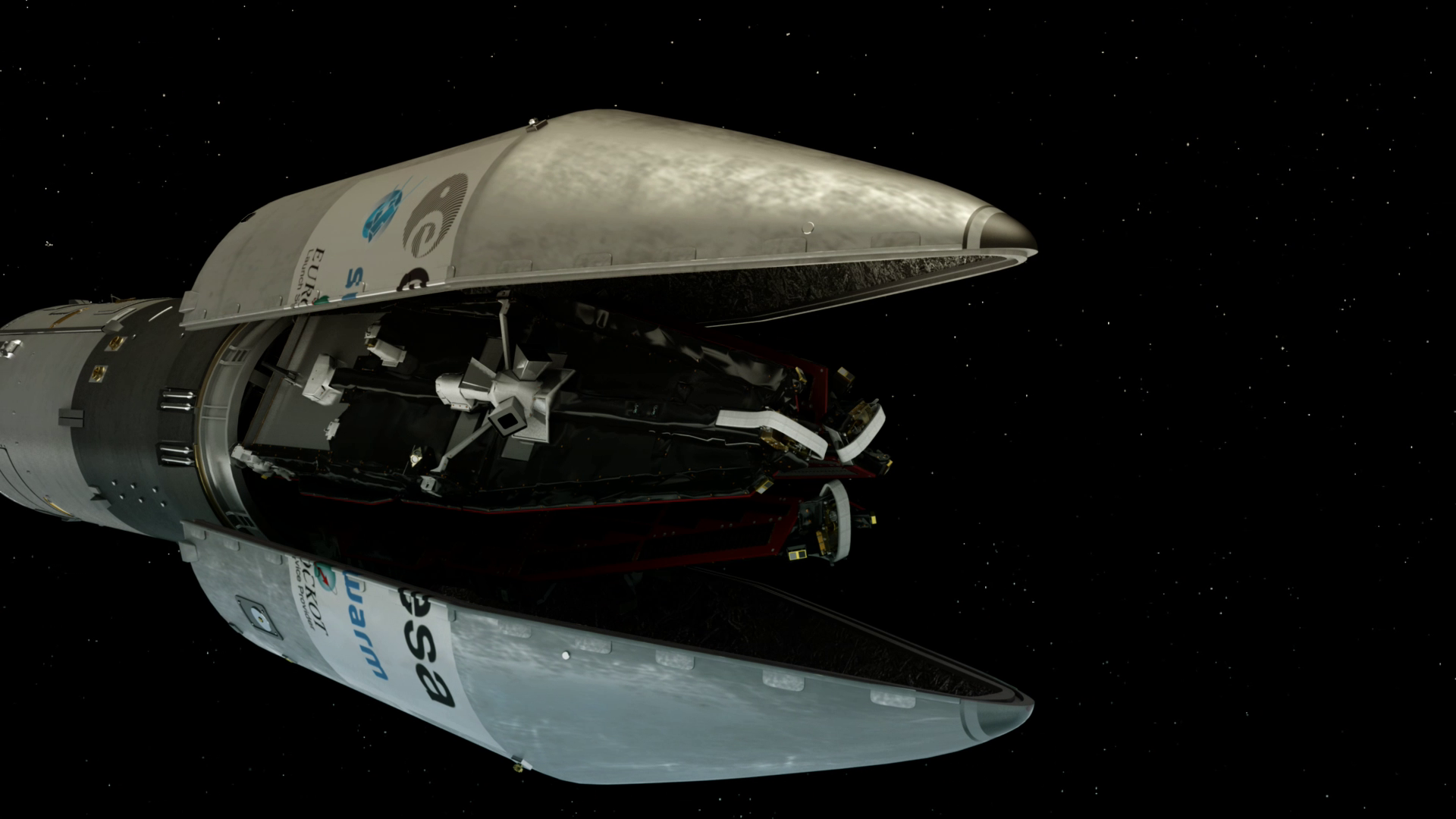 Since the constellation was shipped to the Plesetsk Comodrome in September, the satellites have been through an intense series of tests to make sure they are ready for launch. They were also carefully fitted to rocket’s launch adapter.

This tailor-made part of the upper stage holds them in place within the fairing during the climb to space. Critically, it allows the three to be released simultaneously into orbit.