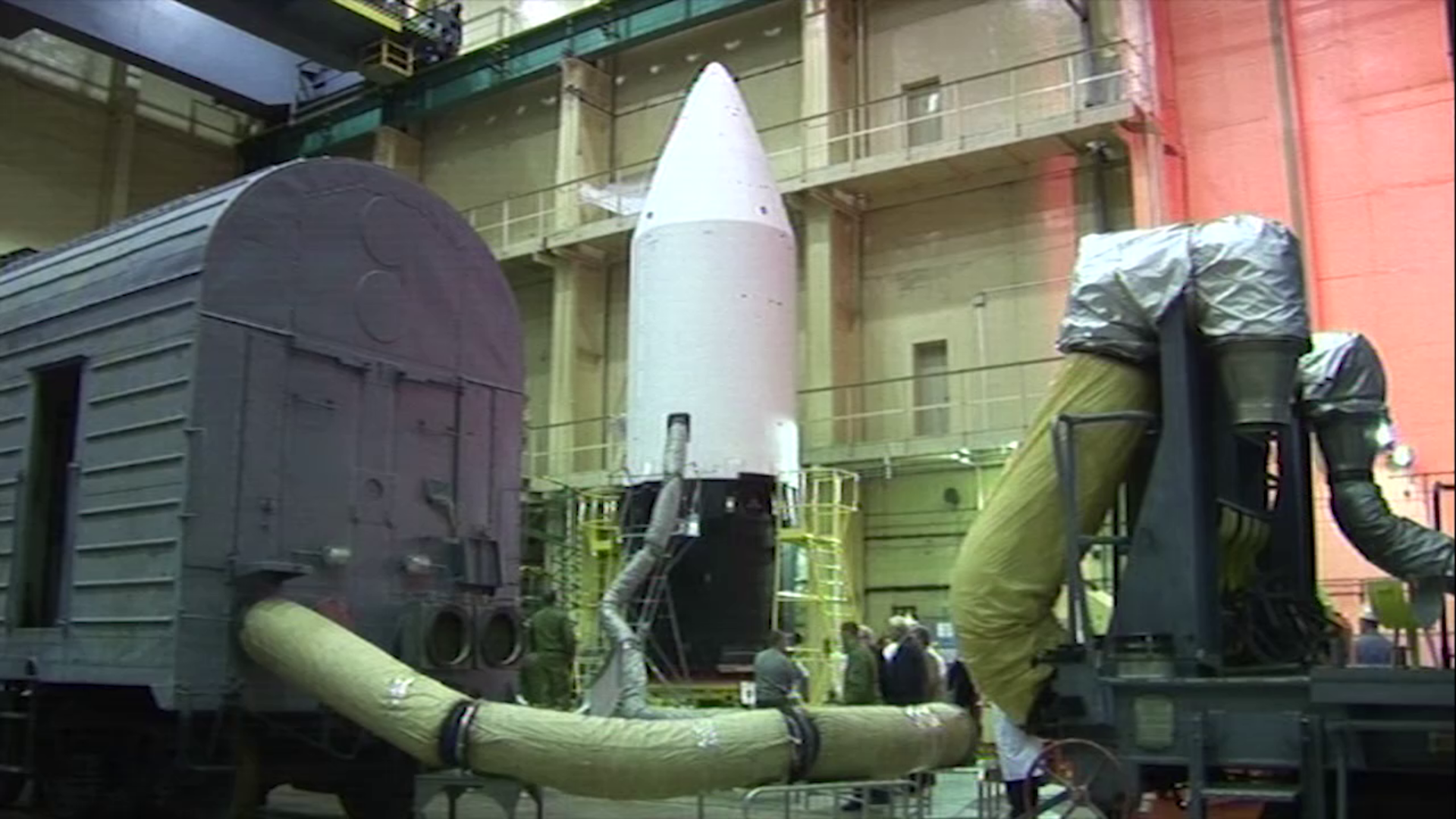 With the rocket fully fuelled and its electrical checks done, Swarm is set to liftoff today at 12:02 GMT from Plesetsk in northern Russia.

The Swarm constellation will measure the strength and direction of the magnetic and electric fields around Earth. The aim is to understand the individual sources of the magnetic field – each with their own characteristics in space and time.

This will provide insight into many natural processes, from those occurring deep inside the planet to weather in space caused by solar activity. In turn, this information will yield a better understanding of why the magnetic field is weakening.

The three identical satellites have been at the Plesetsk Cosmodrome in Russia since mid-September. As part of the campaign to prepare for launch, each satellite has been through a rigorous series of tests, attached to the tailor-made dispenser that will release them into orbit simultaneously, and encapsulated in the Rockot fairing before being taken by rail to the launch pad.

The video offers a flavour of the activities during the last days of preparation. It shows teams working on the satellites to integrate them together with the Rockot Breeze-KM upper stage and the protective aerodynamic fairing. It includes footage of the rollout to the pad on 18 November and hoisting to the top of the Rockot launcher.

ESA’s Swarm Launch Campaign Manager, Bruno Bergaglio, provides a report from the launch pad, and the video ends with snowy November views of the town of Mirny, just a few kilometres from the Plesetsk Cosmodrome.