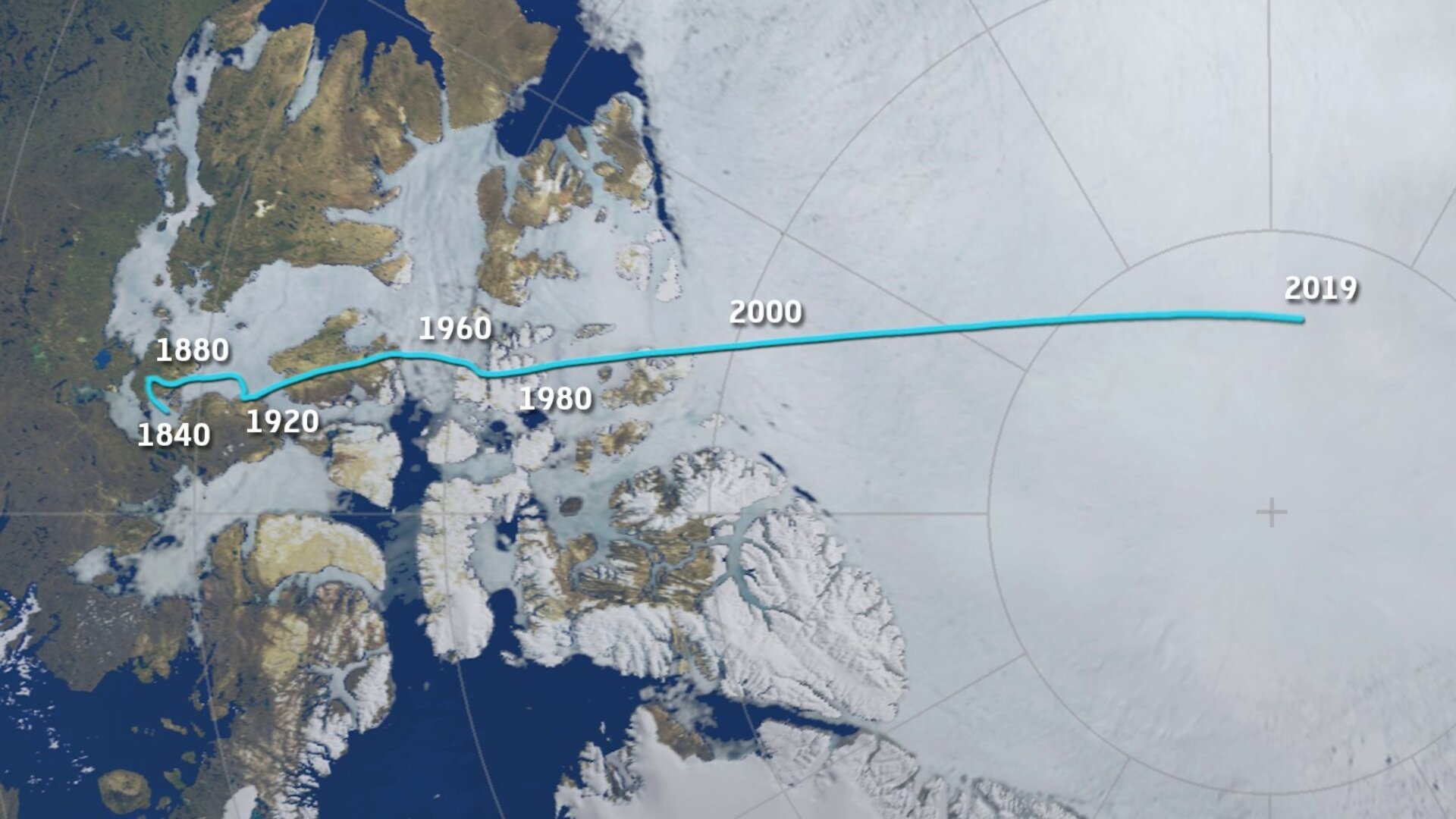 As far as we know, Earth’s magnetic north has always wandered, but it has recently gained new momentum and is making a dash towards Siberia at a pace not seen before. While this has some practical implications, scientists believe that this sprint is being caused by tussling magnetic blobs deep below our feet.

Unlike our geographic North Pole, which is in a fixed location, magnetic north wanders. This has been known since it was first measured in 1831, and subsequently mapped drifting slowly from the Canadian Arctic towards Siberia.

One of the practical consequences of this is that the World Magnetic Model has to be updated periodically with the pole’s current location. The model is vital for many navigation systems used by ships, Google maps and smartphones, for example.

One of the many areas of research using information from Swarm focuses on explaining why the pole has picked up such a pace – and a subject being discussed at this week’s Living Planet Symposium.

Between 1990 and 2005 magnetic north accelerated from its historic speed of 0–15 km a year, to its present speed of 50–60 km a year. In late October 2017, it crossed the international date line, passing within 390 km of the geographic pole, and is now heading south.

In fact, recently, the World Magnetic Model had to be updated urgently because of the speed at which the pole is moving.

ESA’s Swarm mission is not only being used to keep track of magnetic north, but scientists are using its data to measure and untangle the different magnetic fields that stem from Earth’s core, mantle, crust, oceans, ionosphere and magnetosphere.

Our magnetic field exists because of an ocean of superheated, swirling liquid iron that makes up the outer core. Like a spinning conductor in a bicycle dynamo, this moving iron creates electrical currents, which in turn generate our continuously changing magnetic field.

Tracking changes in the magnetic field can, therefore, tell researchers how the iron in the core moves.

Phil Livermore, from the University of Leeds in the UK, said, “Several theories have been proposed to explain this behaviour but, since they rely upon changes in the small-scale magnetic field, they cannot explain the recent trajectory of the pole.

“Using data collected over two decades by satellites, including ESA’s Swarm trio, we can see that the position of the north magnetic pole is determined largely by a balance, or tug-of-war, between two large lobes of negative magnetic flux at the boundary between Earth’s core and mantle under Canada and Siberia.”

Research is showing that changes in the pattern of core flow between 1970 and 1999 elongated the Canadian lobe, significantly weakening its signature on Earth's surface, causing the pole to accelerate towards Siberia.

Simple models taking account of this process and describing future geomagnetic change predict that over the next decade the north magnetic pole will continue on its current trajectory and will travel a further 390–660 km towards Siberia.